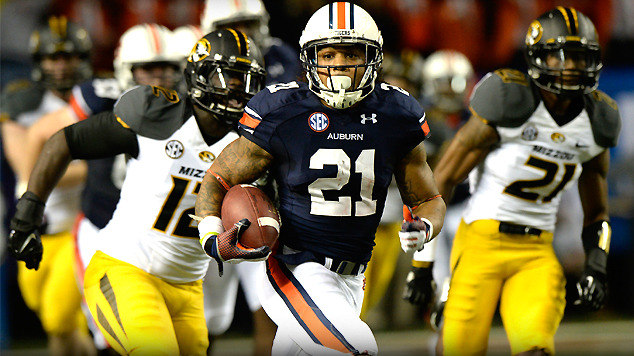 Auburn hosted a bevy of top football recruits this weekend in what was dubbed “Big Boom Weekend.” If you want to read about that, go elsewhere because unless the dude has an awesome highlight video, you won’t read me writing about him until National Signing Day in my ever popular National Signing Day Running Post.

As I was walking from the most full Momma Goldberg’s I have ever experienced to Auburn Arena this Saturday, I noticed that Jordan-Hare Stadium’s lights were on and I heard Rod Bramblett’s unmistakeable screams of jubilation from various points in the 2013 football season.

It turns out, as always, the Auburn coaches had taken that bevy of top football recruits to show them what Jordan-Hare Stadium looks like under the lights, and while they were there this video played on the big screen. I’d go anywhere that showed me this video.