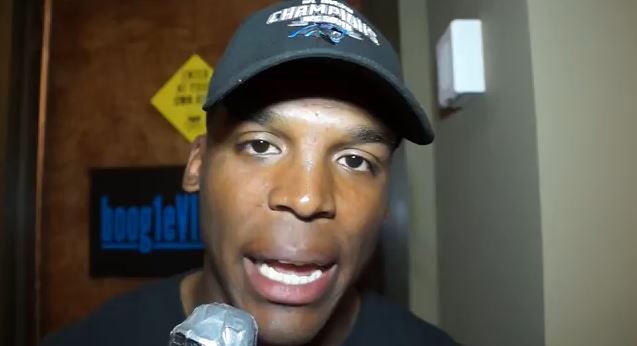 Just as he did the last time he was in the finals of the Madden Cover Bracket, Cam Newton has issued a challenge to his challenger. Last year it was Megatron. This year it’s media-darling Richard Sherman.

In this video, Cam is armed with two TVs that are probably more expensive than my house that I just sold. One is hooked up to a PS4. One is hooked up to the XBox One. He doesn’t care. He’ll beat Sherman, and you, on either. That’s right, he’s challenging you as well. This isn’t the first time that’s happened either.

Remember when he said he’d beat anybody on any gaming system as far back as Atari? This is nothing new to the Chosen One, to Ace Boogie, to Cam Newton. He’s been ripping out hearts on Madden since before he was ripping out hearts in Bryant-Denny Stadium.

As he states in the video, the rules are simple. Follow him on Twitter (@cameronnewton) or Instagram (cameron1newton) and tweet him your gamer tag and console of choice. If you’re lucky, he won’t choose to destroy you.

Oh, and you need to vote for Cam in the Madden Cover Finals to make sure he beats Sherman in that respect as well.

I always admire how the Blessed Individual has fun and makes bank while doing it! War Eagle Cam. Keep bringing it.