For the love of all things holy, how fragile has the Auburn fanbase become? No, this has nothing to do with lacking class, or anything that we did. It has everything do with our thought process and perception of our program when we lose a close football game.

Yes, I say “we” because we all get drug down by the Auburn twidiots as a whole. Don’t let that confuse you though. I’m definitely talking about you. Yes, you. If you once blamed this loss on Bryan Harsin, play calling, or Bo Nix, you’re an idiot, and here’s why. 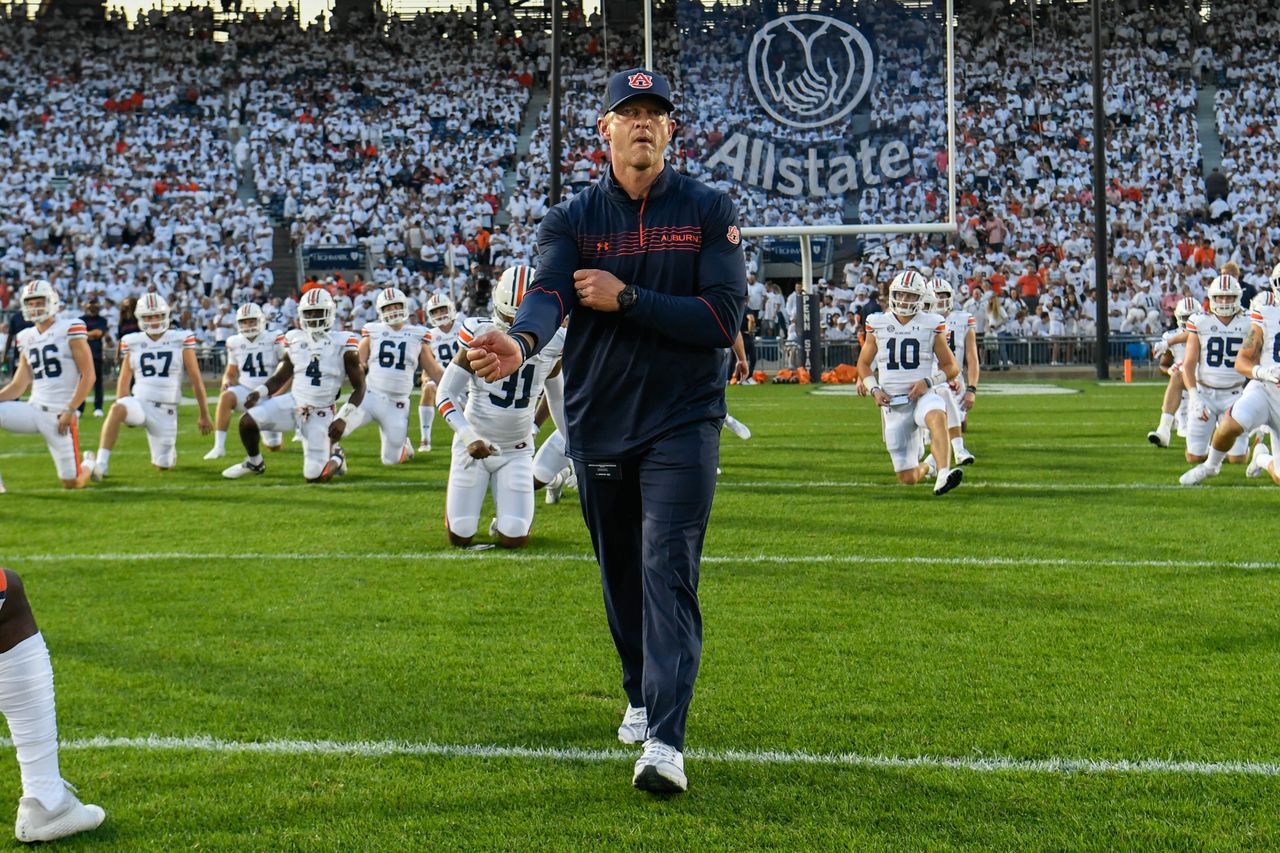 Isn’t it funny how the same people that hated Gus and wanted Gus fired are now saying THE EXACT SAME THINGS about Harsin? The same people that predicted Auburn to win eight games are acting like this loss was completely unacceptable. It’s safe to say the “play calling” crowd will never change.

When in doubt, blame play calling.

Did I like the fourth-and-two fade? Absolutely not. The play was designed to get a pass interference call just as Penn State executed the following drive to essentially end the game. One questionable play call throughout the entire game and we’re crying about play calling? Give me a break. Auburn was 10-17 on 3rd down during this contest. That’s an elite conversion rate, but yeah, play calling…

Coming out of halftime we were all feeling pretty good. Auburn was only trailing by four points and set to receive the kickoff. The absolute worst thing that could happen, indeed happened. Kobe Hudson fumbled the football in a non-contact play. This completely changed the football game.

It was a designed pass that wasn’t open, and when he tried to tuck the ball away to run, he lost it. Had he not fumbled he may still be running as he had nothing but green grass in front of him. That dern play calling though…

On the other side of the football, Sean Clifford went a painless 28/32 for 280 yards and two touchdowns. Clifford completed seven passes of at least fifteen yards and five passes that went for at least 20. It seemed like there were tight ends streaking down the field the entire night. 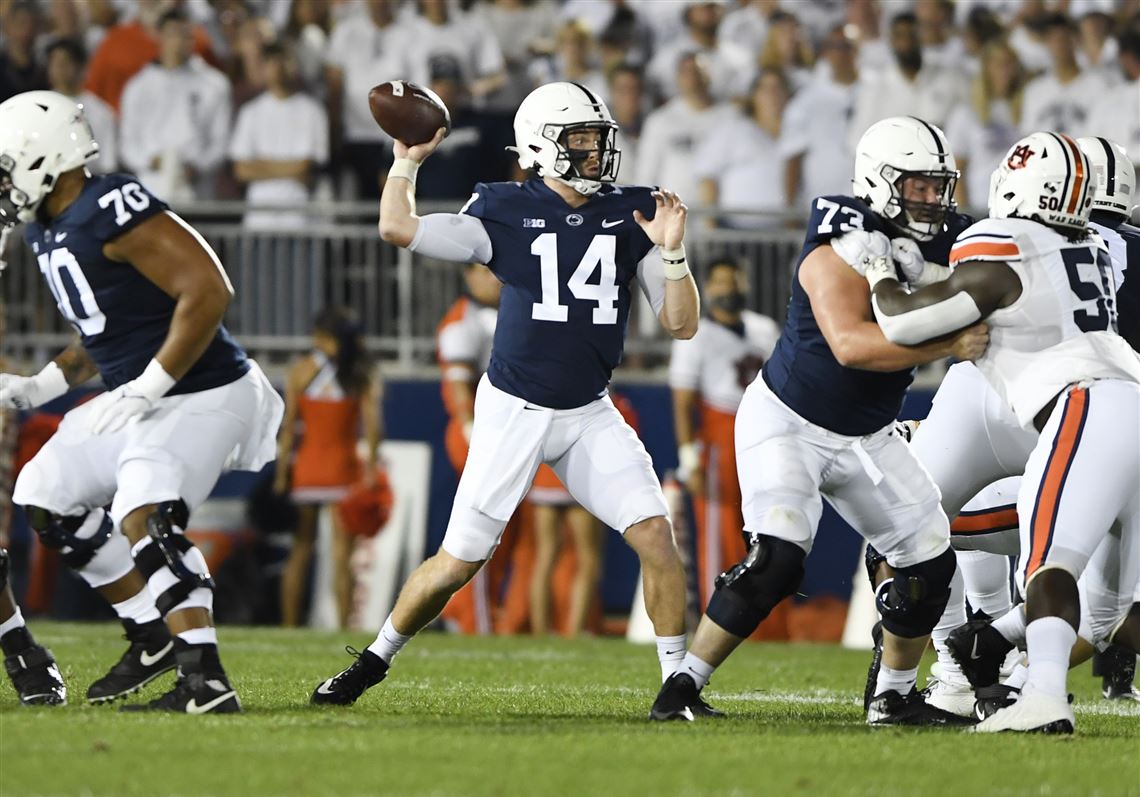 In what was supposed to be a strength for this Auburn team, the secondary ranks 13th in the SEC in passing efficiency. Auburn had one sack, and only a small handful of QB hurries. Auburn’s front couldn’t get to the quarterback and the back end suffered. Man, if only that offensive play calling would have been better…

I know for a fact Shedrick Jackson dropped two passes. One of which was on a very critical 3rd down in the 4th quarter. Demetris Robertson recorded a drop for a potential 1st down on a drive that stalled out. Auburn had four false start penalties and three of those drives resulted in punts.

The crowd noise was as expected, but those are simply things you can’t do against a Top 10 team on the road. There was a no call/no review on a run that very easily could have been ruled a safety. It was almost as if the officials spent the entire game trying to make up for the 4th & 11 blunder after the intentional grounding. Penn State was rewarded a highly questionable pass interference call on their final 3rd down that all but ended the game. All of this could have been overcome with good play calling, though, I’m told. 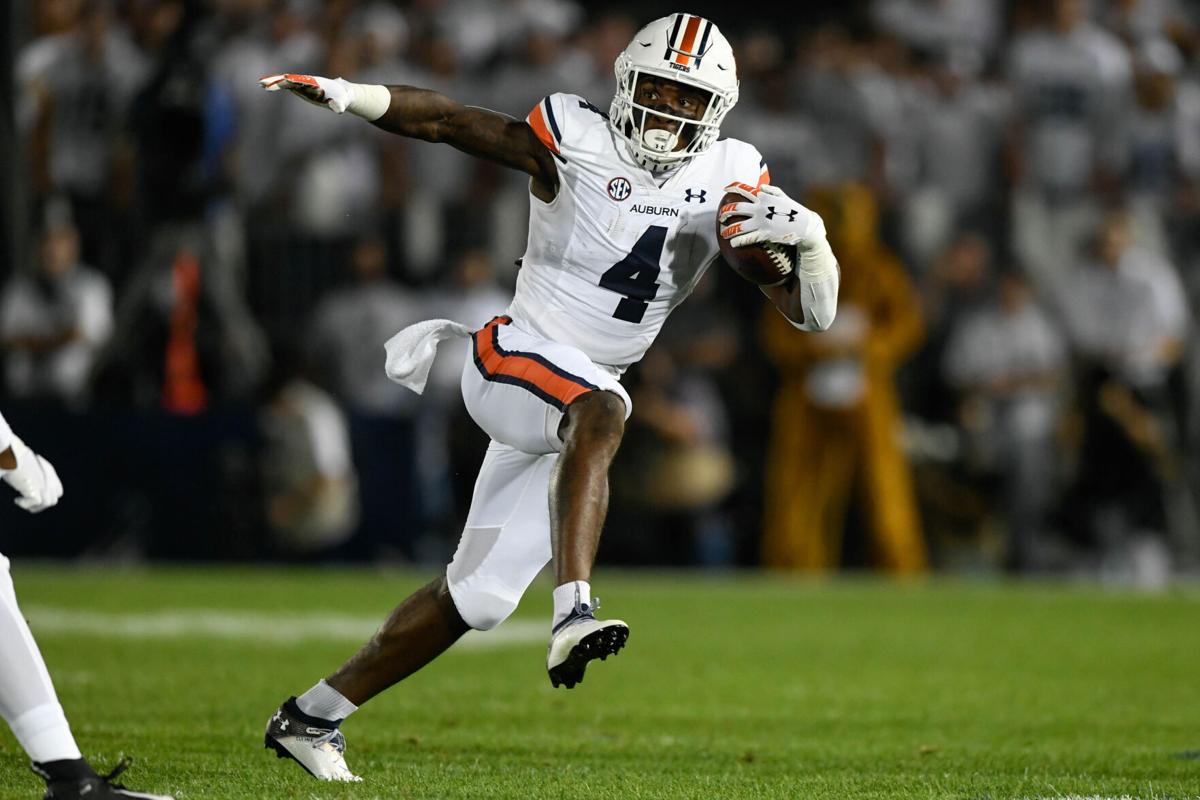 Let’s wrap this up with some simple facts. Auburn is a very good football team that lost a close game in a harsh environment. They were one fumble away from a completely different outcome. Derek Mason is going to find a way to dial up pressure. Blown coverages, pre-snap penalties, dropped passes, and turnovers are all correctable.

At the end of the day, Penn State just made less mistakes than Auburn. It wasn’t coaching, it wasn’t play calling, and it wasn’t the damn white shakers. It was simply a lack of execution.

Calm down, you idiots, we’re fine.

Another Day, Another Magazine Cover

I had the same assumption about AUBURN as you posted here. Without THE FUMBLE iat that time and place WE win.
Ray

First of all, this article is as dumb as you think of the Auburn fans being “idiots” for questioning and disliking the play calling. I’m an Auburn grad and always support and pull for the Tigers no matter the situation, no matter the deficit. Despite your little article there, there WERE play calls made that were not the right call, and the coaches will even tell you this. It’s a new coaching staff and mistakes will be made by both players AND COACHES. You think coaches are infallible and always call the right plays as that makes you the real “idiot” {as you called many Auburn fans in your article}. Are fans no longer allowed to question the schematics and think and talk about the football team???

Secondly, I believe that the coaches called a pretty good game other than a few things. One, which I believe to be the single most important reason for the loss, is that we went away from the run. Our running backs are our strength on offense and it was evident very early on that Penn State wouldn’t be able to stop that. In my opinion, Bo Nix should never be throwing the ball 37 times in a game. I like Bo, but he is not that kind of QB. Obviously, some of those numbers can be attributed to the 4th quarter attempt at a comeback win but still.

In conclusion, I have no issues with any single play call. Coaches will make mistakes and they will fix and learn from them. I did think it was a huge mistake to go away from the run a little bit. However, I am extremely positive and believe this team will do great things if we put in work, hard work. I don’t find it very kind or intelligent for you to being calling Auburn fans idiots to defend your case against theirs. While some fans may, in fact, be idiots, it’s still not right in my opinion. Anyways, there’s my rant, take for it what you will. War Eagle Always

Absolutely, correct about the over reaction and hyped drama levels.
Andrew, of course you can criticize. But folks need to calm TF down. It is a game. In the long run it changes nothing in anyone’s life except those that play in it or coach in it. It won’t make anyone healthier, wiser, or grow hair. I watched the Bammers go apesh*t because Bama didn’t score enough in the win over Florida. KrAzyTowN!! I do not want our fan base to become that type of fan base, does anyone want that ? It hurts to lose but claiming those that coach or play are idiots because they didn’t do what you the spectator wanted them to do is nuts.
We did play well. We also screwed up. A couple of plays going better would’ve made a difference, sure. Would the end result be different? No way to know, too many variables to ever know. I do know we have another chance this Saturday to play OUR game, to execute the plays perfectly and get the “muscle memory” of the way it is supposed to go. I hope we get that vibration that comes when it “clicks”, because we have a run of tough games versus very competitive opponents. But, that is how you learn by going against the tough and competent.
War Eagle and try not to ruin your day or night over a football game.

You just talked out of both sides of your mouth. You said there were questionable play calls that “WERE NOT the right call. Your second paragraph you stated that you thought the coaches called a pretty good game. Which is it Andrew? Tell me ONE football game you’ve ever watched where there wasn’t a small hand full of bad play calls. That’s why “play cawling” is such a dumb cop out for fans to hang there hat on.

If Auburn doesn’t fumble to start the second half, the safety gets called, or we have a PI call go our way, not one soul would be crying about play calling. That’s why it’s dumb. That’s why those people are idiots.

War Eagle and have a blessed day.