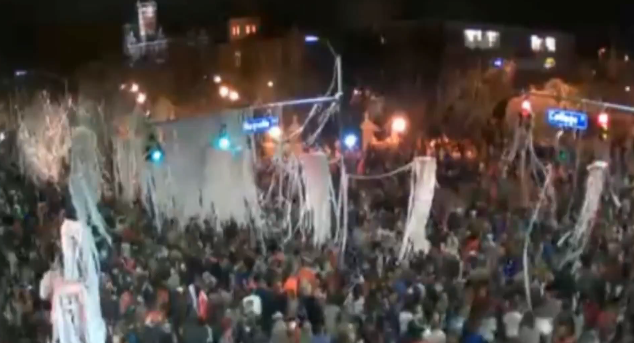 If I’m not mistaken, last Saturday marked the first time Toomer’s Corner has been rolled twice in one night. The first came after Auburn beat Missouri to win the 2013 SEC Championship. The second came after Auburn’s ticket to Pasadena was punched due to Ohio State’s loss to Michigan State.

The last time Auburn won the SEC Championship Game, I posted a time lapse of the rolling of Toomer’s. Now, thanks to @AUPPL, we have the first rolling of last Saturday night. Obviously, they are a little different due to the trees/wires.

Ha ha I known u can do it