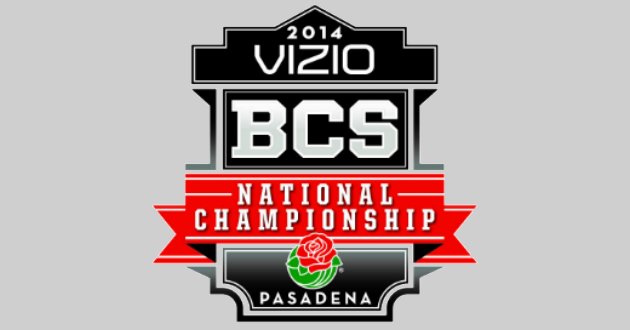 It’s official: the Auburn Tigers will face Florida State in the final BCS Championship Game on January 6th at the Rose Bowl in Pasadena, CA. Auburn will go into the game with the nation’s top-ranked rushing attack, while Florida State boasts the top scoring defense and likely Heisman-trophy winner QB Jameis Winston. Auburn should have a Heisman finalist in the game as well.

These two teams have lots of history but have not faced each other since 1990, a 20-17 Auburn win. Auburn owns the series record at 13-4-1, beneftting from beating up on some pretty bad Florida State teams through 50’s, 60’s, and 70’s. The rivalry got a little more even in the 80’s when Florida State started to cheat. Kidding. Not really.

Florida State has drilled every team on their schedule, their ACC schedule. The toughest teams they have faced are Clemson and Miami. They throttled both. Both would be in the middle of the SEC.

According to TeamRankings.com, Auburn has played the nation’s toughest schedule (Florida State’s is 38th), beating then #1 Alabama and then #5 Missouri in back to back weeks. These two wins alone are more impressive than anything that Florida State has done this season.

Yes, you can play an easy schedule and still be the best team in the nation. But a team that has proven they can beat the best has the advantage over a team that has racked up all kinds of numbers and Heisman-winning stats against a soft schedule.

I don’t want to get ahead of myself because we have just under a month to talk about every aspect of this game, but unless Florida State can stop Auburn’s run game (something nobody has done in the last two months), it won’t really matter how great Jameis and his receivers play.

For now, let’s just bask in the fact that Auburn went 3-9 last year, hired the coach I said they should hire before Chizik’s seat was cold, and are now playing in the National Championship game against a team they can beat.

War Eagle. See you in Pasadena (I hope – notice that Donate button at the bottom of the page).

What kind of prices is everyone seeing for tix, airfare, and hotel. No doubt I want to go to Pasadena but I can’t see how you can for less than $2,000.

Just reserved my seats on the BCS bus. War Eagle!