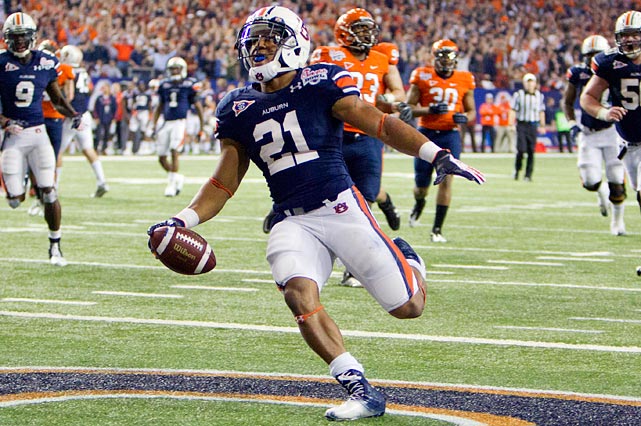 Auburn has released a statement. That statement (below) consists of facts and stats regarding Tre Mason in hopes to help voters realize what the nation has been missing for the past few months. It’s absolutely ridiculous that he’s not getting the publicity he should, but hey, sports writers make their minds up far advance, and are always right, right?

Tre has been part of an Auburn team that tied an NCAA record for greatest single-season turn around (+8.5) and is one of the greatest rushing units in SEC history averaging 335.7 yards per game. The AU offense features four players with over 500 yards rushing, including two 1,000 yard rushers.

Below are his statistics and supportive materials regarding Tre.

** 22 rushing touchdowns are a school-record, breaking Cam Newton’s previous mark of 20 set during his Heisman Trophy season in 2010.

** Mason’s 304 rushing yards (on 46 attempts) in SEC Championship game were the most by an Auburn running back since 1944 when Curtis Kuykendall had a school-record 307 yards against Miami (Fla.).

** Mason’s 304 rushing yards were the fifth most in SEC history and most since Arkansas’ Darren McFadden had 321 against South Carolina in 2007.

** Mason’s 46 rushing attempts against Missouri were a school record and second most ever by an SEC player (47 by Georgia’s Herschel Walker vs. Florida in 1981).

Do the right thing, voters. Put Tre in New York.

Interviews from the Red Carpet at the 2011 ESPYs