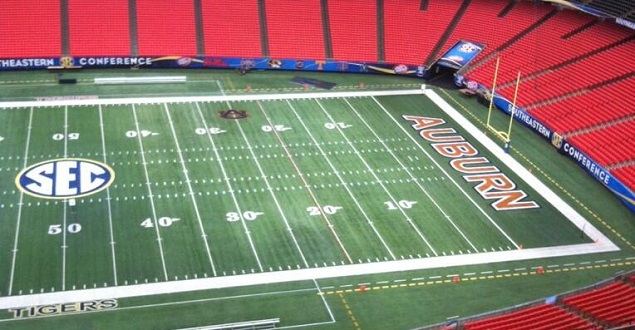 It’s been hard for me to flip the switch to Missouri following that Iron Bowl win. After the craziness of the Georgia game, we had a full week to bask and then another full week to get ready for Alabama. Now, following an even bigger win, it’s too quick of a turnaround for me to process. The good thing is that I’m not on the football team.

Earlier this week, former Auburn coach Tommy Tuberville told ESPN that this would be Gus Malzahn’s toughest coaching week of the season. He said that the times he went to the SEC Championship Game, it was almost impossible to get the players to calm down after beating Alabama.

Malzahn said earlier this week that he worried this would be the case as well, but after one practice he could tell the guys had moved on and flipped the switch. That’s not surprising. I can’t tell you one time this season, even during the LSU loss, where the team didn’t look focused or prepared. Aside from the offensive greatness and the attacking defense, that’s the mark of Malzahn coached team. He has the boys ready to play.

The people that only know Auburn by two highlights – two of the biggest in college football history – label this team as “lucky.” They see 0.001% of the season and think they’ve seen enough to label it all a fluke. Please.

As for Missouri, they have had a nice little turnaround. Gary Pinkel hasn’t done near the job that Malzahn has done because the mess he cleaned up this year was his own, but it’s a good one.

The other Tigers are near Auburn’s level in almost every major offensive statistic, they have a nice pass rush, and lead the SEC in sacks. They have big, tall receivers, and a mobile quarterback. They have the worst passing defense in the SEC and are 2nd in the SEC in rushing defense.

They lead the nation in unwarranted bandwagon.

I’m not saying Missouri is a bad team, but what I will say is that they haven’t played the toughest schedule by any means. The bandwagon started when they racked up 5-0 start with the likes of 4 non-conference games – the toughest being Toledo – and Vanderbilt. The wagon really started picking up steam when they beat Georgia at the absolute height of their injury woes. There was no Todd Gurley or anybody else for that matter, and the Dawgs still rushed for 162. Auburn has everybody, which equates to 400 yards rushing.

The bandwagon hit full throttle when the other Tigers beat Florida. Now let’s just look at that one and laugh. At the time, they had beaten the perceived kings of the East. Now those teams have a combined 12 losses. 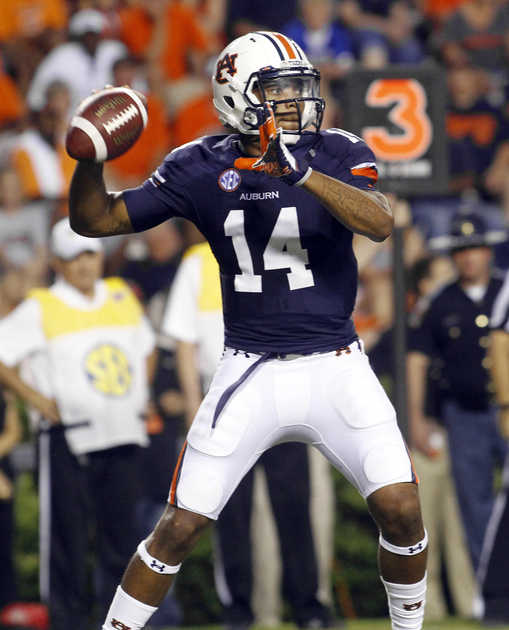 The biggest win on Missouri’s schedule is Texas A&M, which came at home last week. That 28-21 win was the third least amount of points a team has scored on the Aggies’ atrocious defense this season behind UTEP and SMU. Remember, Auburn beat Texas A&M at home and scored 45 points on them.

Oh, but Texas A&M scored 41 on Auburn and just 21 on Missouri. Well, I believe it’s pretty obvious that Johnny Manziel has not fully recovered from the Auburn game. He’s ended the season with two bad games in a row and has just not been the same Johnny. Regardless, this is Missouri’s biggest win. I’d say it’s Auburn’s 2nd or 3rd.

It will never take those games and those moments away, but if Auburn has gotten this far, you don’t want to see them lose it to the new kid in the conference.

On the other hand, I have this 2010 Oregon feeling. I was very worried that their offensive speed was going to get Auburn, but once I saw a few drives I realized that they were no match physically. Missouri is still a Big 12 team. They are undersized on their offensive line and don’t have the overall talent that Auburn does.

It will be close for a quarter, but 2010 will happen again.

I love the confidence and score prediction…48-24…WAR EAGLE!!!

Agree. We’re going to run them right out of the Georgia Dome.

It seems I am one of the few that sort of hates Mizzou. It stems from Pinkel’s attitude at the 2012 SEC Media Days.

It also stems from aTm coming into the conference and making us all look sorta weak.

Now Mizzou is king of the East, even though we know the East is way down this year.

We have to beat Mizzou to “show them” what it means to play in the SEC.

War Bogle remember 2010 ? Auburn biggest comeback in Iron bowl history. Malzhan although not the head coach he might as well have been. Had em ready to go AUBURN in a barn burner 31-28