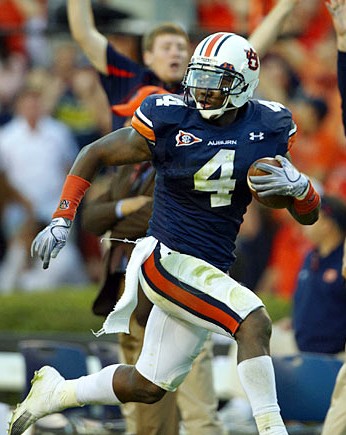 It was announced earlier today that Zac Etheridge, former Auburn safety and current secondary coach at Georgia Tech, will receive the James Owens Sward for Courage this Saturday as the Tigers take on Arkansas State. Etheridge was an integral part of the Auburn defense that helped win the 2010 National Championship just one year after his critical neck injury against Ole Miss

The James Owens Award for Courage was established last season, with Owens receiving the first award. Etheridge will be the second recipient of the award. There won’t be a dry eye in the stadium during that presentation.

So weird how old that footage already looks. Might as well be the ’82 Iron Bowl!

My spouse and I stumbled over here from a different web address and thought I might as well check things out.
I like what I see so now i’m following you. Look forward to looking at
your web page repeatedly.