Workers began removing limbs this morning around 7:30 am. After 2-3 hours, the smaller limbs were gone. An hour later, the tree on College Street was nothing but a trunk. Shortly after, it was laid on the ground. The Magnolia Avenue tree then became a bare trunk before meeting the ground the same as its counterpart. 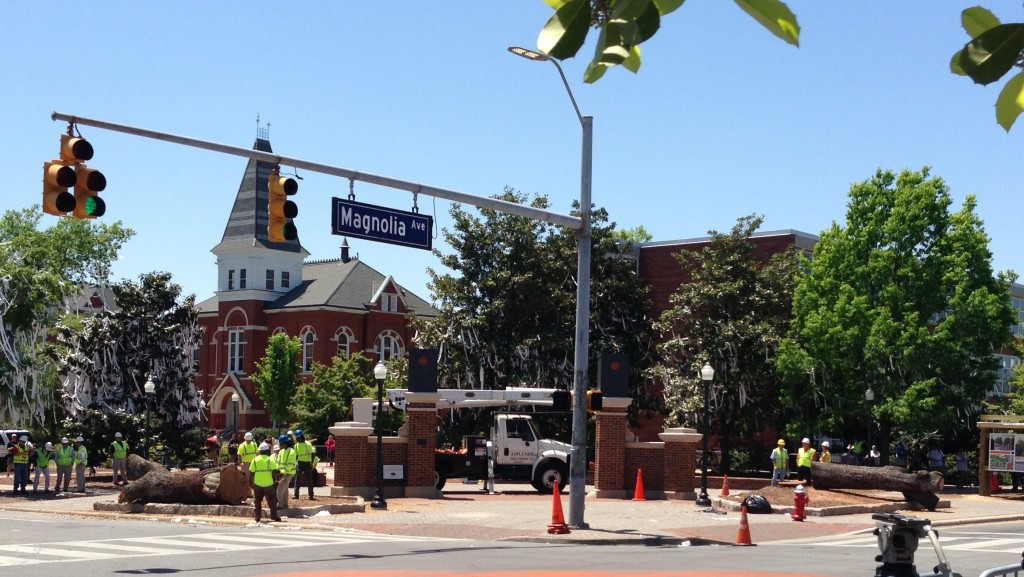 The College Street tree was then carefully placed into a truck, with the Magnolia Avenue tree following shortly after. After almost six hours, the trees were gone. The trees are gone. 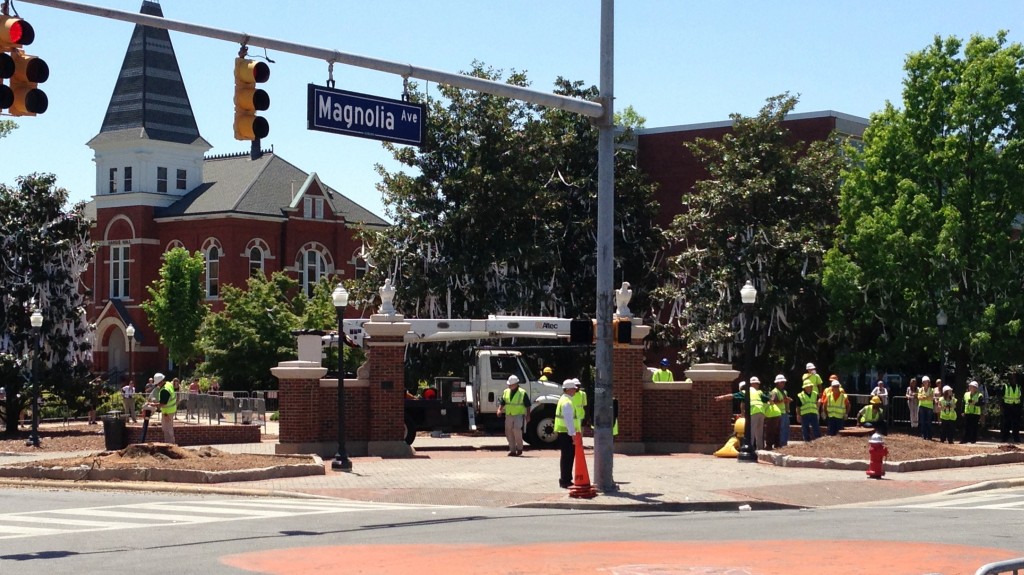 As of right now, the remaining stumps and surrounding areas are covered with mulch, and any shred of bark or wood has been picked up by workers — my guess is to turn them into a commemorative item just as the rest of the wood from the tress will be done.

In a way, I feel a sort of sense of relief. The waiting is over. The sting has stung. It hurts, but we can now move on. It is truly a new day in Auburn.

Is it wrong for me to hope that Updick gets pounded extra hard over and over in prison today? And everyday for that matter.

Auburn is a great school and community. The school, fans, students, and alumni didn’t deserve this. Something beautiful will come out of this you’ll see.

He’s not going to prison. Only jail (for 6 months).

So lame. Save a big branch to beat Updyke with once he gets out early for good behavior.