Auburn Athletics has released a flyer giving you, the Auburn fan, five things that you will need to know about the Chick-Fil-A Kickoff Classic Weekend. There’s info about the Tiger Tailgate, parking, fan night (Friday, August 31) at the Georgia Aquarium, Fanzone, and another tailgating option via Tailgate Guys. 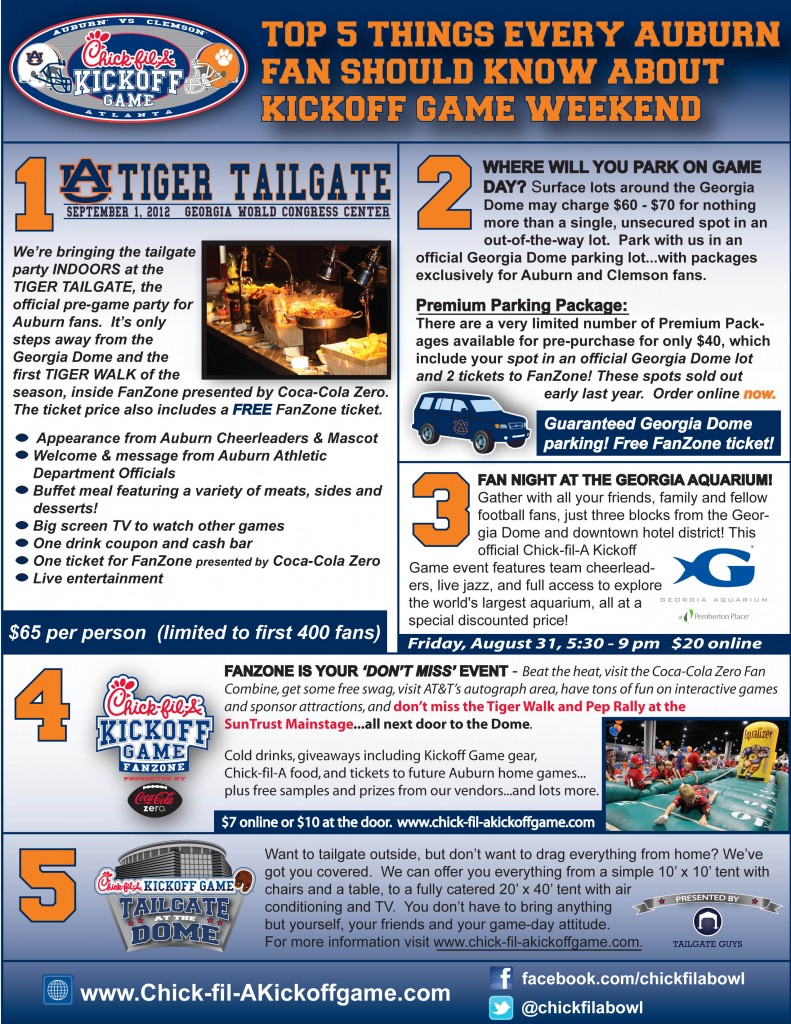 They seem to have all the info covered, except for one major thing that Auburn fans will encounter as they hang around Atlanta throughout the weekend. Expect a post about that later.

When do tickets arrive in the mail? Ordered mine the day they came out