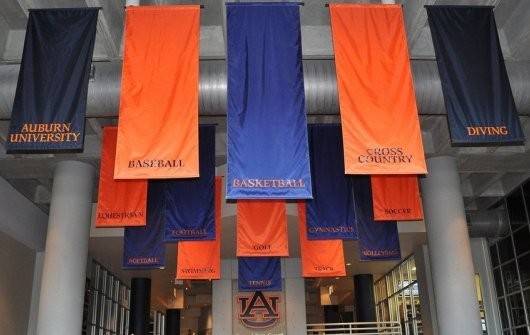 According to Livability.com, whose tagline reads “Discover America’s Best Places to Live,” Auburn is the 6th best college town in America, between College Station, TX (Texas A&M) and Ann Arbor, MI (Michigan). Some other cities higher on the list are Boulder, CO, Madison, WI, and Athens, GA, which almost discredits the list entirely, but I guess we’ll take it.

Seriously though, I’ve been to Athens many times, and I’m not sure if it’s the strip club right downtown among the other college bars, or the fact that they are still hanging on to R.E.M., but I just don’t see it.

Livability’s profile of our fair town boasts the major college obviously, as well as the ever-growing business sector. In terms of the city’s “cool factors,” they mention Toomer’s, Momma Goldberg’s, and the Supper Club, along with some great golf options. They pretty much nailed it on the head.

Just today, the Huffington Post reported that the Princeton Review had surveyed over 122,000 students and ranked the top 10 schools for quality of life. Yep, you guessed it: Auburn is #4 on the list.

They don’t offer any profile or reasoning behind it, but the survey speaks for itself. And once you take a look at the list, you’ll see that it’s up there with some pretty distinguished colleges. I say that because I’ve never heard of half of them (ex: Macalester College, Bowdoin College), and you know if you have never heard of it and it has a important sounding name, then it’s pretty distinguished. Am I right?

I know neither of these rankings will come as any surprise to anyone who has spent a good amount of time in Auburn, but it’s good to see some recognition from national publications/websites.

By the way, do you ever see Tuscaloosa on any of these types of lists? I’m not just jabbing. I really haven’t. I guess the next time the “Top 10 Cities Where You Are Most Likely to Die in a Waffle House” list comes out we could see it on there, but time will only tell.

I did find Tuscaloosa at the top of one list…it’s ranked #1 on the “25 Laziest Cities in America.”

I’m not sure College Station is even in the Top 7 places in Texas. Hmmm.

Surely they meant Austin and just got confused with all of the conference realignment. NO WAY Austin should be omitted from this list.