At this point in the season, there’s little question as to who the league’s Most Valuable Player will be. If the chants from the NFC Championship are to be believed, that player is Carolina’s Cam Newton. If the Panthers keep on pounding, it’s a sure thing that quarterback Cam Newton will be the undisputed MVP of the NFL. 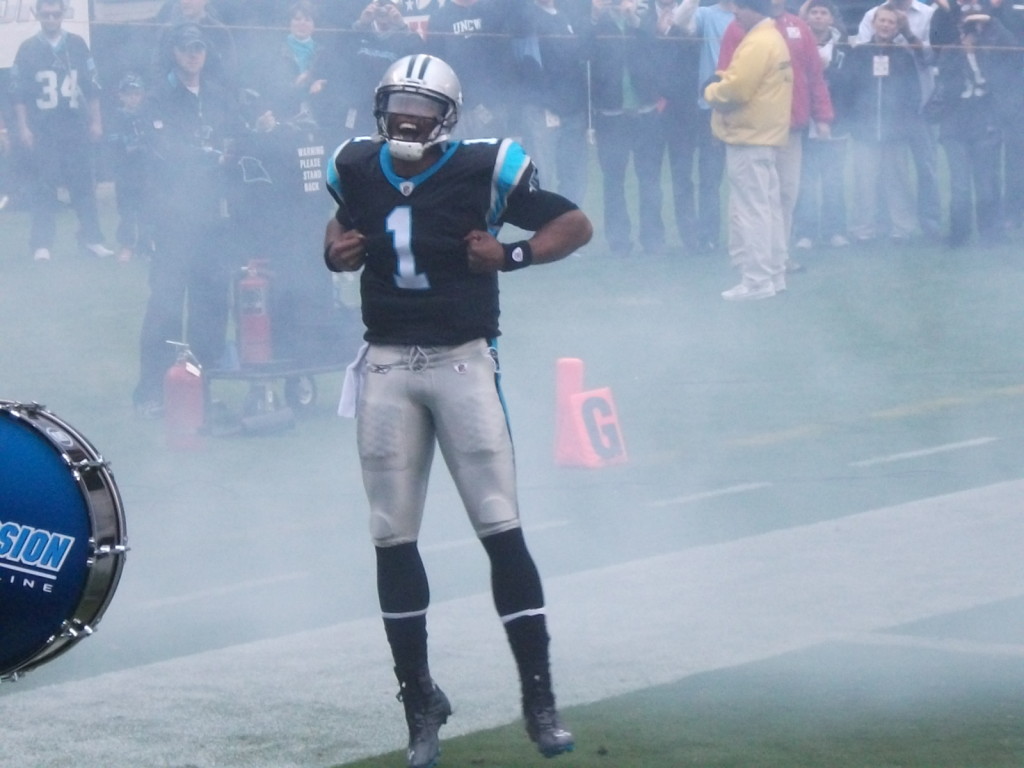 The former Auburn star and Heisman Trophy winner has already been voted Most Valuable Player by the Pro Football Writers of America. There’s little doubt that league will follow suit given Newton’s performance this season. After leading the team to a franchise best 15-1 regular season record with 35 passing touchdowns and another 10 rushing touchdowns, the QB has had what is easily the best season of his career. He also helped carry Carolina in a year that many had already considered finished during the preseason. Following the season-ending ACL injury to star wide receiver Kelvin Benjamin, few would have blamed the Panthers for falling out early. But the Panthers never said die and with Newton at the reigns, Carolina has the Super Bowl in its sights.

In the team’s game against the Arizona Cardinals, Newton threw for 335 yards and ran in 2 touchdowns of his own with only one interception. Cam is the only player in the Super Bowl era to pass for more than 300 yards while rushing for multiple touchdowns in the same game. Additionally, the quarterback’s 382 total yards were the second-highest total posted by a winning QB in the last two playoffs (the most was by Andrew Luck, who put up 394 in a game against Cincinnati last year). The Panthers have been absolutely dominant throughout the playoffs and have all the momentum as they prepare for Super Bowl 50.

Not only has Newton become one of the best quarterbacks of the league this season, but he’s one of the most prominent faces of the NFL. Between his flamboyant touchdowns celebrations, particularly the popularization of the “dab,” combined with his habit of giving touchdown footballs to young children, Newton and the Panthers have clawed their way into the hearts of America at a time when the NFL has found itself desperate for some positive PR. Both traditions have taken off around the world, with lines of children appearing at the front of the stands every time the Panthers reach the end zone in hopes of coming home with one of their coveted touchdown balls. His celebration even made its way down under, with tennis players at the Australian Open caught dabbing after matches.

Few had picked the Panthers to make it so far this season, much less in the style they have. In fact, as the season began, the Seahawks were the favorites to repeat as Super Bowl champions with the Green Bay Packers picked behind them. After the whooping that was laid on the Seahawks by the Panthers in the Divisional Round, many sports pundits were forced to eat their words as they quickly realized they could no longer deny the team’s talent. The Panthers are now set to face off against the defensive powerhouse that is the Denver Broncos in what promises to be one of the most-watched Super Bowls ever. Last year’s Super Bowl XLIX between the Seattle Seahawks and New England Patriots drew an audience of 114.4 million viewers, making it the most-watched broadcast in American television history.

We fully expect Super Bowl 50 to shatter these records and everything is set for the biggest game yet. Cam Newton (and the Panthers) have become among the most popular (or at least entertaining) teams in the United States. Also, this very well could be the last hurrah of Peyton Manning, so you know people will be tuning in. Super Bowl 50 is set to kick off at February 7 at 6:30 p.m. Eastern Time.

Auburn: Davidson, Holland and Brown to Fill Void Left by Lawson and Adams

Man Beaten for Yelling “War Eagle” in a Whataburger

Toomer’s Eagles Return to their Homes

Tell Me the Stories of Your Auburn Dads Once More

This Week on the Cover of ‘Lock-Up’…