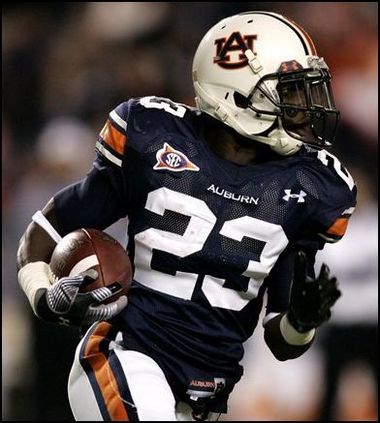 After some digging and connecting of dots by the site FBSchedules.com, we can officially say that Auburn’s 2012 football schedule has been set. We knew weeks ago what Auburn’s SEC schedule would be, but the non-conference games were still up in the air, aside from the opener against Clemson.

Now that Auburn is not allowed to have an open week before the Alabama game, it appears they are going to go the route of playing a smaller in-state school for Homecoming that week, Alabama A&M, like they did with Samford in 2011. Update: New Mexico State will actually be the homecoming game according to the schedule released by Auburn today (2/16/12).

So after the opener was set and the week between Georgia and Alabama was set, we were left with three dates to fill: 9/15, 9/29, 11/3. The pieces fell into place when New Mexico State released part of their schedule that included their game with Auburn on 11/3. That left 9/15 and 9/29 for the Louisiana-Monroe. According to the FBSchedules.com, the WarHawks will be playing Tulane on 9/29, which leaves 9/15 for the Auburn game.

I will be doing a very early look at the schedule with a breakdown of the games in the next week or so, but a few things that stand out to me are that there is only one instance of back-to-back games that include what would be considered upper-SEC teams (LSU and Arkansas), and even then there’s an off week between them. I like that.

Also, the only two away games that are back-to-back (Ole Miss and Vanderbilt) are much easier than what Auburn was dealt last year. October isn’t nearly as scary as 2011’s was either.

This hasn’t been released by the school yet, but I’d call it official. After seeing this, what do you think? How does the schedule pan out for Auburn?

I won’t know what to do on my birthday with Auburn having a bye this year.

It looks like our off week will be between LSU and Arkansas. I like that! Its going to seem strange to have to wait till the middle of Sept. for home game.

I prefer a later bye, mid-October at the earliest.

I love even numbered years.

I think you should give more respect to back non home games of Clemson & Miss St. We are entering the year with a new OC & DC with new phlosphies(the entire team is starting over playbook wise). The team ability to gel together in the begining will be major.. (I think Miss St inability to beat us last yr took a lot of steam out of their engine and could do the same for us early in the season)

The early bye bugs me. What happened to Amen Corner? Or at least the bye prior to UGA like this past year? Playing LSU in the month of September? Blasphemy!

Until 2010, I always remember playing LSU at Auburn in September.

Glad LSU is earlier, I hate playing them once they have a lot of momentum. Not a fan of the Sept 29th open week though. Seems too early.

11-2 sec champions but not going to the BCS natty

I’m looking at an 8-4 regular season. Why do the “Auburn faithful” doubt a win against Clemson? Their O-Line is practically gone, and South Carolina had a fun time leaving Sammy Watkins on the ground. I’m seeing a close game, but Auburn will pull through with another exciting season opener.