You know I love a good uniform rumor, so you know that when someone sends me pictures of replica jerseys from the Auburn University Bookstore that have two stars and a ‘War Eagle’ on the bottom, I’m going to talk about it. 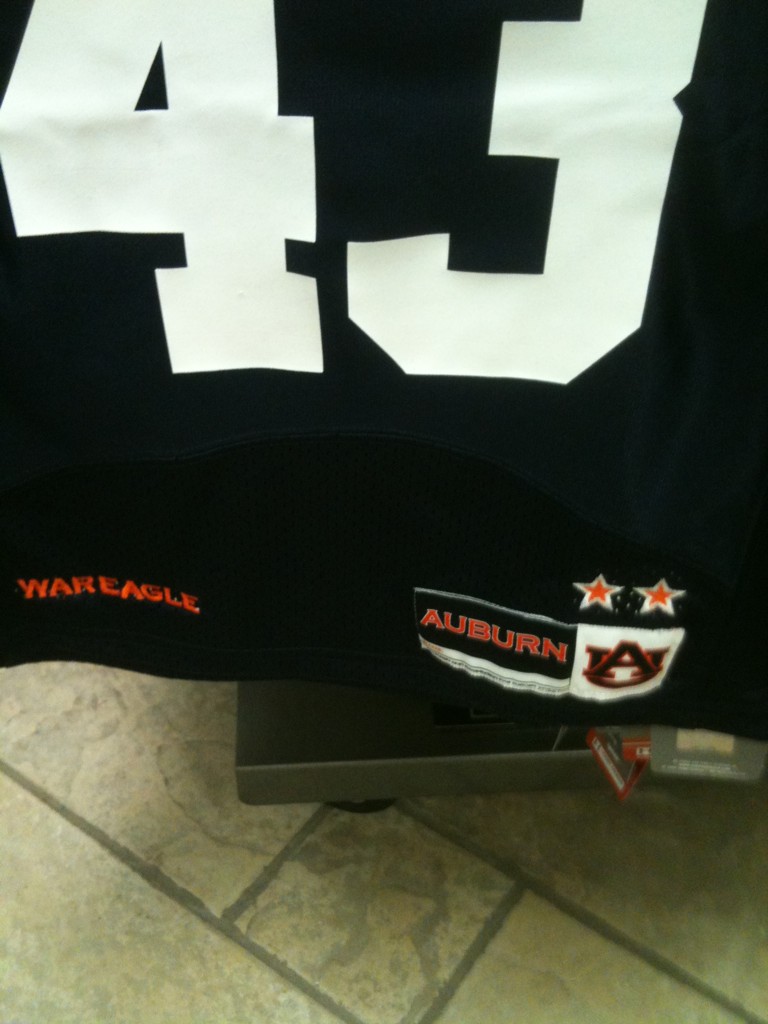 First of all, these are just jerseys for sale in a bookstore. In no way does it mean that this is exactly what the team wears. I mean, could you imagine a player today playing with those 80’s style sleeves? But unlike past rumors, this is somewhat hard proof that some sort of change might be made.

I know this isn’t anything big because the area of the jersey in question will obviously be tucked in, but I still thought the stars were interesting.

At first I thought they may represent the amount of years that the player had lettered on the football team. In the picture above (Lutzenkirchen and Bell), this could have been true considering that they are both juniors and have played two years. However, when I looked on the bookstore’s website and saw that every jersey number had two stars, I began to wonder.

With the assistance of a few soccer fans, I learned that this whole star thing is nothing new to the futbol world. It turns out that it’s common for a country to add a star to their jersey for each World Cup Championship. For instance, Brazil has five stars and Germany has three on their jersey (seen below). 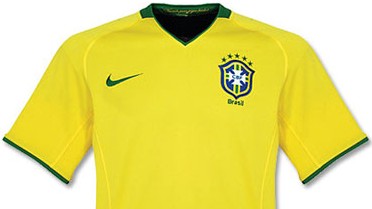 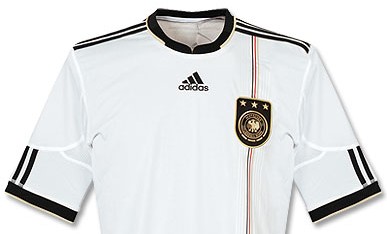 So if the soccer fans are correct, and it appears they are, the two stars on these replica jerseys represent Auburn’s two national championships (1957, 2010). Man, it’s going to be embarrassing to have to go back and rip that second star off when the hammer drops.

I don’t know what I think. I don’t mind it being a soccer thing, but does it have any business being on an American college football jersey? Do you like them either way? Do you think Auburn will actually do it given that it’s something that won’t actually be seen? Leave your thoughts in the comments section below.

Thanks to @WDAndrew for the pics and @FearlessandTrue for the soccer help.

If the stars were around the Auburn name (like the soccer jerseys being combined with the logo) I definitely wouldn’t like it…but I think that its a pretty cool touch! And I’m a fan of the “WAR EAGLE” at the bottom for sure! And as you said, it’ll be tucked in anyway! …I kinda hope it happens…

Not too surprised if this happens. The whole idea of “hiding” something on uniforms has really taken off in the past few years. See Oregon last season with WTD in all of their jerseys… Lots of teams put slogans in the collar, which is what I would have expected from us. This is probably under armour’s interpretation so it will be interesting to check out their other schools.

The only other Under Armour schools that I can think of that have a major sports championship is Maryland basketball and South Carolina baseball. I guess we’ll have to wait and see if they do the stars there too. But they might be hidden as well, so the world may never know…

I saw a #5 Dyer jersey at Academy last weekend with the same thing on it. I thought it looked awesome!

Tiny stars I can live with. Blue helmets, blue pants, no.

Those stars wouldn’t even be seen. Looks like it would be tucked in.

Quick note…. this Championship with always remain…
Ok with that outta the way, I’m cool with it. I’ve known players to write things on the inner of their arm bands, etc.. they are not seen but have a significant meaning to the wearer. This I feel would go along those lines.
Blue, white, orange, heck even indigo, as long as I see those boys out there playing with that AU I’m good! War Eagle!

Love it when people eat crow…Guess we won’t be taking any stars off soon…War Eagle haters!!!

Yeah I don’t see any stars coming off anytime soon. If anything we need one for 1913. Then again you could be Danny Sheridan and you know who the bag man is…