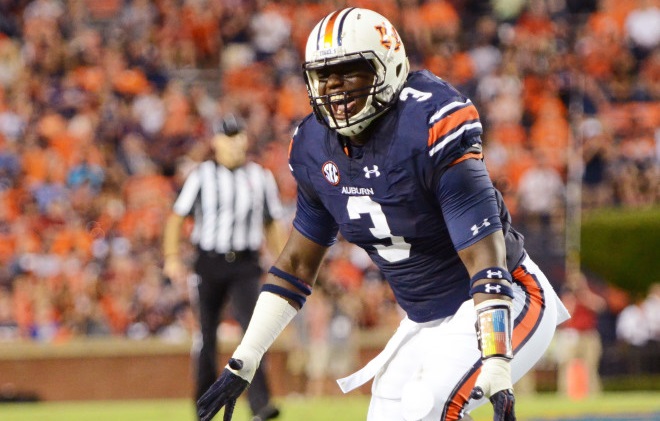 To save football as we know it, Week 3 has stepped up and tried to make us forget about the forgettable slate of football games Week 2 gave us. Of course, it gave us a few fun things to watch, but this week it’s back to the football we love.

I went 9-4 last week, which included a joke of a pick in the Missouri game. And if BYU had made the unnecessary 2-point conversion at the end of the game against Utah, I would have had a perfect pick. But I didn’t.

Ohio at Tennessee – Not sure when Tennessee is going to join the SEC. Also, not sure when they’ll play anyone good enough to show that they were truly, truly overhyped. Another week, another uninspired victory over a mediocre team.

Vanderbilt at Georgia Tech – I was surprised by Vandy handling Middle Tennessee State last week. Maybe they aren’t as Vandy as I thought. I don’t think they are good enough to handle Georgia Tech’s option attack in Atlanta, though.

Alabama at Ole Miss – Will it be three in a row? I know Oxford will be lit. I know Alabama is not looking for revenge as they put pictures of Ole Miss football players in their locker room. Nope, no revenge. Just another opponent. Doesn’t matter. Whatever.

East Carolina at South Carolina – Barely beating Vandy and then losing to Mississippi State is probably not what South Carolina was hoping for, but it’s what we all expected. The Pirates beat North Carolina State last week and have been a nice little program over the last few years. The first-year struggles for Muschamp continue. EAST CAROLINA AIN’T EVEN A STATE!

New Mexico State at Kentucky – Kentucky is the only win-less team in the SEC, but fear not, one of the worst programs in college football history is coming to town. Wildcats big.

Mississippi State at LSU – Do the Maroons have it rolling after avenging their first week loss? If Fournette doesn’t play, they might have a shot, but I hear he is playing, so they have no shot.

Georgia at Missouri – Is Missouri better than Nichols? As much as I hate to say it, probably. I have a feeling the #DWAGS will play a little bit more inspired football this week, though. But after that win over Eastern Michigan, the Tigers got some hope, man. Won’t matter.

Texas State at Arkansas -TEXAS AIN’T EVEN A STATE. Oh, yeah it is. And Arkansas beat one of their teams last week. Did you know that it was the greatest win of the season by any team? Apparently it was. Get over yourself, Hawgs.

Texas A&M at Auburn – Check back tomorrow for my prediction in the game preview, but SPOILER ALERT: now it’s real.

Ohio State at Oklahoma – Oklahoma done Oklahoma’d already this year, but I imagine Norman might be jumping for Ohio State. These two teams are the same. They’ll usually feast on a mediocre conference, but then lose a game they probably shouldn’t. Oklahoma has already done that. It’s Ohio State’s turn.

Everything Else from the ‘Blogler’s Trip to L.A. – Part 1