A certain Bammer has decided that his time of writing a weekly piece on the ‘Blogle is done. It will be sad to see him go. Wait, what am I talking about? One less Bammer is always a good thing.

In his stead, I have decided that it would be a good idea to have a man of age, but youthful spirit, post his thoughts and memories from SEC (and some big out-out-of conference) games in Auburn history. Each week’s post will be a look back at a game from Auburn’s opponent for that week. So let’s take a walk down memory lane with Merideth Akers and his memories of the 1970 Auburn-Mississippi State game. 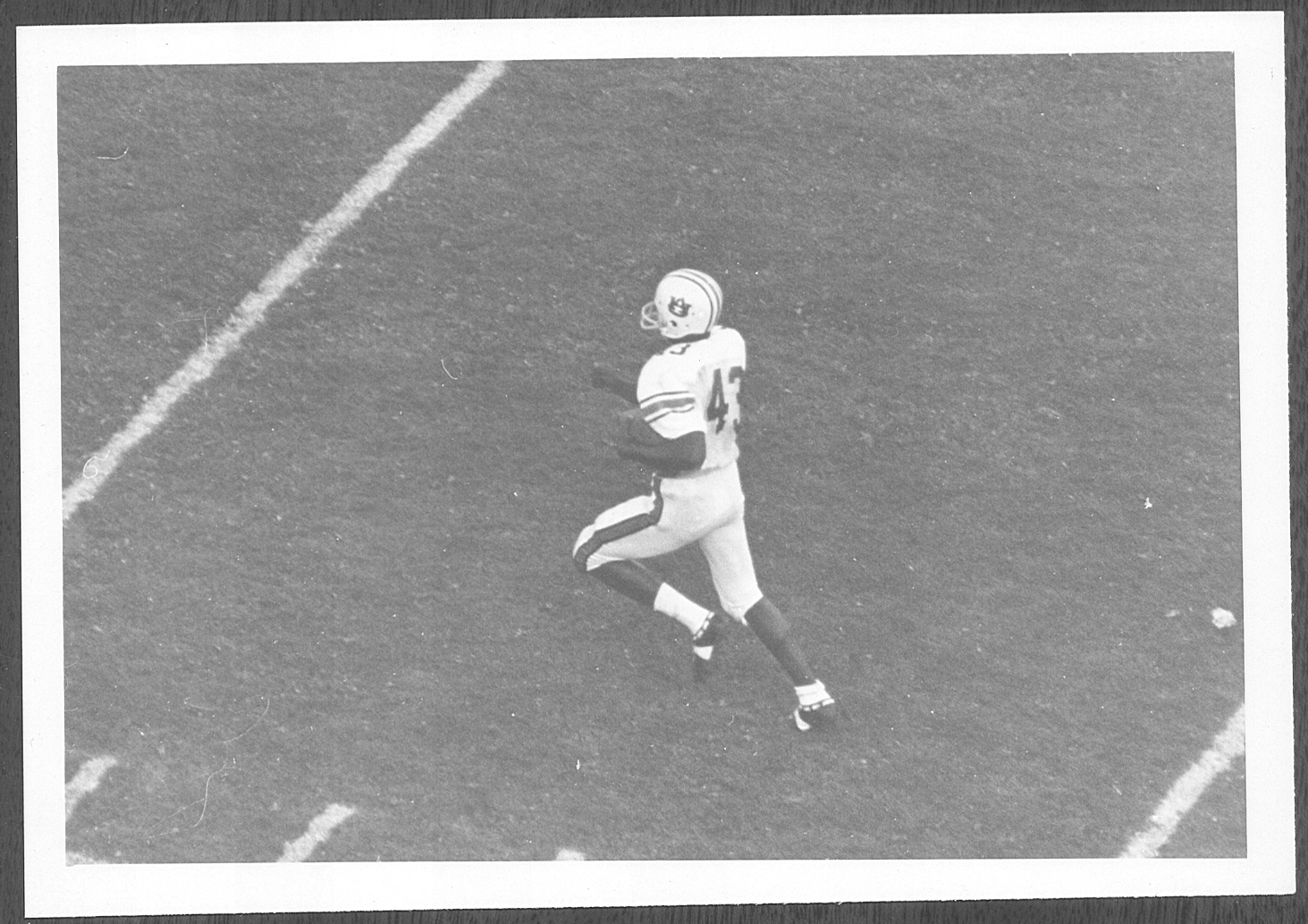 I was in the stands for a night game at Legion Field in November, 1970 for the Mississippi State vs. Auburn football game.

If I recall correctly, Kentucky was the only other SEC school to have an African American player on their team. So, in some small way, this game had a bit of historical significance in the integration of southern athletics. James Owens and Frank Dowsing are certainly due our respect and our thanks.

The defense of Knock’em-down Bob Brown (I still love that nick-name), Dave Beck, Mike Neel, Johnny Simmons, Larry Willingham, Tommy Yearout, and Bobby Strickland kept a strangle hold on Joe Reed, David Smith and the Mississippi State offense all night.  Auburn won 56 to 0.  It is one of the most dominating Auburn wins against an SEC opponent that I have seen.

However, still engraved in my memory is the image of All-SEC linebacker Bobby Strickland breaking his leg very late in the game.  Auburn could have used him the next week as they lost to Georgia 31-17.  But Auburn rebounded from the Georgia loss with a 33-28 win over Alabama and a 35-28 victory over Ole Miss and Archie Manning in the Gator Bowl (one of the most exciting Auburn Bowl Games ever).

Where you at this game? If so, what are some of your memories?

I too was at that game in the upper deck. It was a Ms.State home game they chose to play at Legion Field in Birmingham for a larger paycheck. It was called the “paper airplane game” because the fans got bored and started launching paper airplanes from the upper deck. One made it to the field landing between a Ms.St. guard and tackle causing a flinch and a 5 yard penalty. Bobby Strickland was inserted late in the game to help preserve the shut-out but it cost Auburn his services for the rest of that season. Earlier that day, LSU had defeated Alabama and the disappointed bama fans were leaving as we lined up to get in. It was quite a double-header, to say the least.