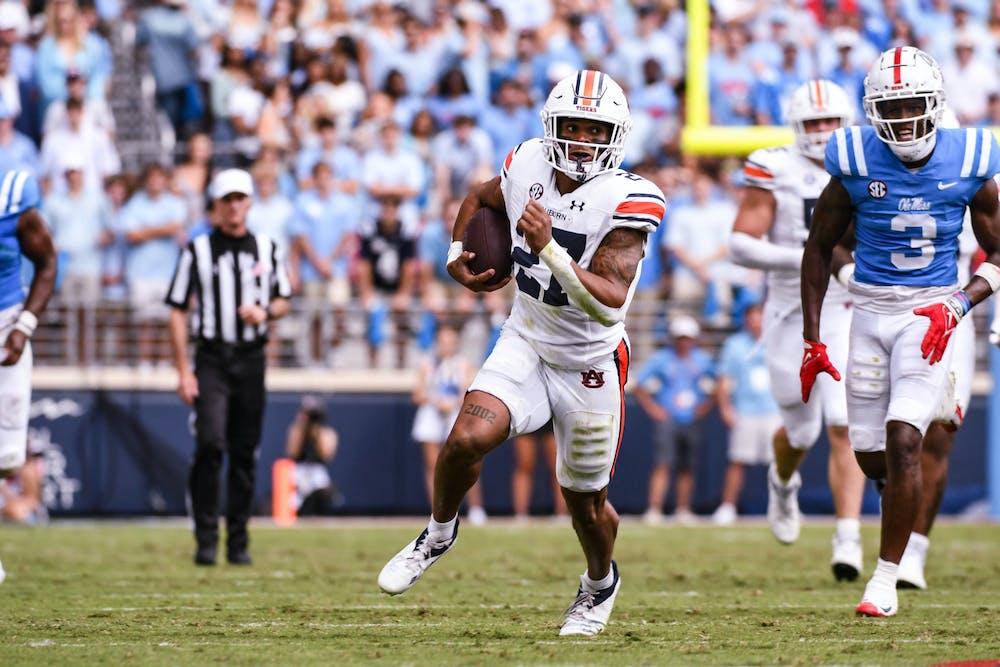 The Ole Miss Rebels were 6-0 and ranked #9 in the nation prior to the Auburn Tigers visiting Oxford this past Saturday. Auburn was a week from a beatdown in Athens. The story was that Auburn would show up, get beaten badly, and limp back the Plains. After one quarter, it looked like that would be the case.

The defense did force a turnover on downs and a punt to start the game, but even when Auburn isn’t trying to turnover the ball, the turnover gods make them happen.

After getting the ball back for the 2nd time to start the game, Robby threw a pass that tipped off Tank’s fingers and an Ole Miss defender dove and grabbed it just as it touched the tiny little hairs on the tip of a blade of grass. This gave Ole Miss a short field and a touchdown.

Two drives later, after Auburn’s first of only two 3-and-outs for the day, TJ Finley was inserted into the game. On just a normal, and pretty soft sack, the ball happened to fall out as he hit the turf. Another weird turnover, another short field, another Ole Miss touchdown. It was 21-0 quickly and wasn’t looking promising in any way.

But then Robby’s legs started to get him out on the edge and he delivered a pass to Koy Moore for 46 yards. Then he completed another pass to Omari Kelly to the 2-yard line. Then he ran it in the endzone on the next play.

The TV broadcast then showed Robby yelling at Tank on the sideline. My first thought was that Tank wasn’t happy he didn’t get the ball on the zone read on the scoring play. Just my ESP. I don’t know, but whatever it was, it sparked Tank. The next drive he had three substantial runs, ending with one into the endzone. 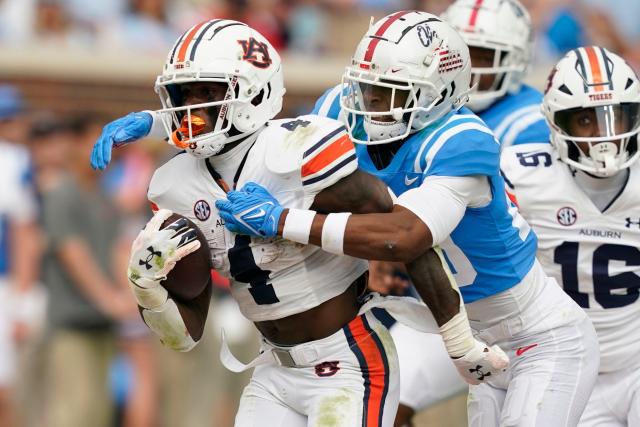 After a weird interception by Auburn, the Tigers ended the half with a free three points. It was 28-17. Two of Ole Miss’s touchdowns came on short fields due to interceptions. Another came after the worst pass interference call you’ll see. The game was closer than weird mistakes and calls made it seem.

Not to mention, Tank’s spark was still lit. Before the Ole Miss fans had finished stirring their bourbon into their halftime refreshments, Tank took one fifty yards to the house. A game that was once 21-0 was now 28-24.

After a good field goal stop by the Auburn defense, Lane Kiffin decided to do something that could’ve won or lost the game. He called a surprise onside kick that worked. It gave Ole Miss yet another short field and an easy touchdown. What was a four point deficit with Auburn controlling the game, turned into fourteen point deficit in about six minutes of game time. Auburn scored on three of their four possessions in the 2nd half, and didn’t score on their last one only because of a desperation mode interception, but the onside kick and the running game took the game out of Auburn’s hands.

There were lots of positive things. The offense moved the ball, but just gave up the ball early and got in a hole. The defense was good for a bit, but the Ole Miss run game wore on them.

Now it’s bye week, and Auburn needs it big time. Get guys healthy, build on what worked with the offensive line this week, and see who can step up for the rest of the season.

Be a fan. Enjoy life.

I was wrong. Auburn scored more than 31 points.