In the worst news in the history of the non-Auburn world, the NCAA has officially closed the investigation surrounding Auburn’s recruitment of Cam Newton. What it is like Auburn 200 million, World 0 now?

You can read the letter sent to Jay Jacobs by the NCAA here. In it, the NCAA states that they conducted over 50 interviews. 50! It doesn’t just address Cam, either. Raven Gray, Stanley McClover, Chaz Ramsey, and Troy Reddick, otherwise known as the HBO 4 are mentioned in the letter as well. They got nothing. 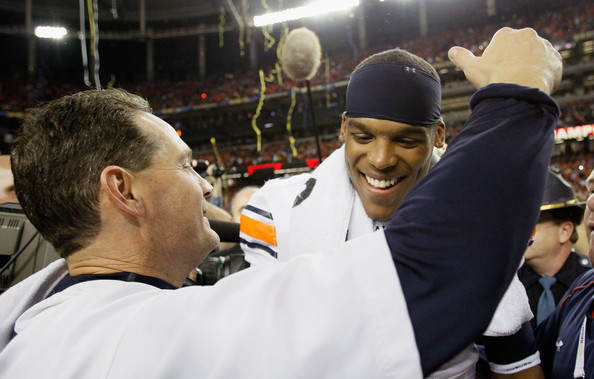 If you’re driving under a bridge on your way home today, watch for falling bodies. They’ll be jumping by the thousands. Oh, and you officially have permission to act a fool for the rest of the day. The world brought this on itself. Lack couth. Be loud. Punch somebody.

What great news!! It’s a great day to be an Auburn Tiger!! WDE!!

This is great- -but you all don’t really think that all the Updykes and haters won’t latch onto the boilerplate language at the end of each paragraph (the “at this time, with the information we have, but if new stuff comes up we’ll look at it”)?

Let’s get real. This is nice and all, but it won’t stop those that believe that AU cheated and the hammer is about to fall. It’s sad, and I wish it wasn’t true- but I think that’s what will happen.

[…] State is going down quickly and should be worried about Dan Mullen even showing up, given the news he got yesterday. It's on you, Dan. South Carolina will […]

Hats off to the haters and media manipulators for creating the biggest SEC/NCAA media firestorm I have ever seen. Helluva job. (insert sarcasm font here) Scary how friends of mine from all over the country removed from the situation suddenly all had an opinion and most were anti-Cam/Auburn and telling me how sorry they were for me and that the evidence was overwhelmingly negative. So judgmental were they about Cam’s “youthful indiscretions” (which often paled in comparison to the episodes of their own youth) and so horrified by these allegations that should never take place in amateur sports today. Needless to say, this whole drama was an eye opening experience for us all. The power of the media and its dark underbelly is truly something to behold and the only watchdogs out there are blogs like this. Stay strong, stay vigilant. War Eagle and War Cam Eagle!!!!! My man-crush deepens. :o)