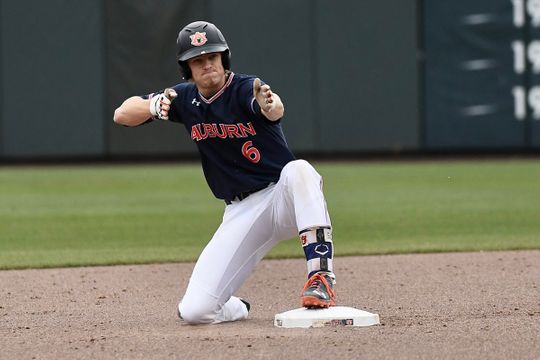 Happy Tuesday. If you were disappointed with the GoT series finale, we’re here for you. There’s never been a disappointing day catching up on all of the Auburn tidbits you need to know. We’ve got them all. Disappointment over.

– Another grad transfer arrived on The Plains this week, as well.

– In other recruiting news, see which OT moved Auburn up on his list and which CB may transfer to the Tigers next season.

– Now that the draft is over, see how many former Auburn players are in the NFL. Also, check out our official and totally accurate rankings of those players.

– A couple of reporters talked about Football’s win total this year. What do you have, over or under 8 wins?

– Bruce Pearl loves Auburn. Do you think he’ll stay for the rest of his career?

– Speaking of Basketball, see which top ten recruit has Auburn in their final four schools. Learn more about him here.

– Baseball takes on Tennessee today in the SEC Tournament. Here are some important storylines heading into the game.

– See what head coach Butch Thompson said about the tourney. If Auburn wins, they’ll get Vanderbilt.

– Women’s Golf secured the 8-seed in the NCAA Tournament, qualifying for the match play portion. Follow along here.

– A Softball pitcher took a scary shot from a hit pitch this weekend. Good news, it appears she’s going to be okay.

– Men’s Tennis has a doubles pair in the NCAA Tournament. Here’s the bracket and here’s how you can follow along now.