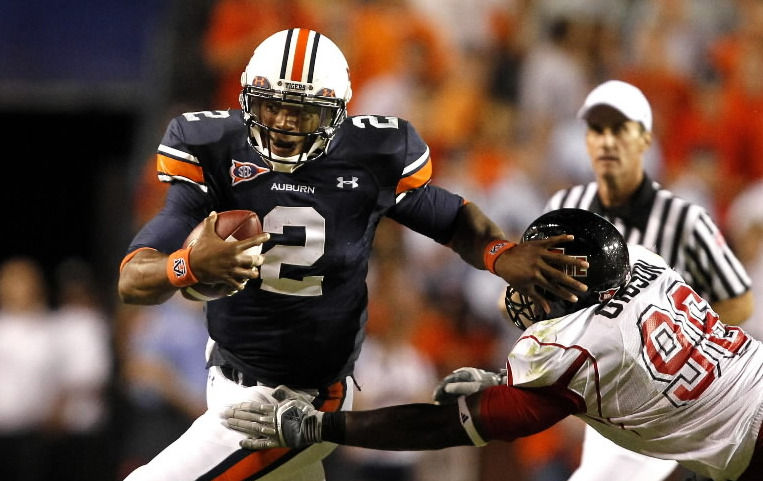 Things went about as expected in Week 1. Nobody knew the pirate was going to stymie Coach O that much, so that one can’t be held against me. A passing grade is good enough, though. It’s still early.

This week is about like last week. One or two good games, and then a bunch of games that will give mediocre teams too much credit.

South Carolina at Florida – Florida will bolster their point total against their former coach’s floundering team. I’m not sure the Gamecocks really care about football anymore, as if they ever did. Florida has gotten a pretty nice schedule so far, huh?

Missouri at Tennessee – Tennessee is on fire! Going back to last season, they have won seven in a row! Let’s took at the murderer’s row… South Carolina, UAB, Kentucky, Missouri, Vanderbilt, Indiana, and South Carolina again. How have they done it?! And yet again, the dumbs will be duped again after this week’s tough opponent.

Texas A&M at Alabama – The Aggies’ national championship run had to take a hit last week with a 5-point win over Vanderbilt. Alabama did what they should against Missouri, but looked sorta sloppy in the 4th? This won’t be very close, and Alabama will get too much credit.

Ole Miss at Kentucky – We will see that Kentucky is actually pretty good after this one. Ole Miss has an offense, but Kentucky will outscore them.

LSU at Vanderbilt – Uh ohhhhhhhhhhh………  What do we have here………  nope.

Arkansas at Mississippi State – The Maroons are scarier than we thought they’d be, but they may be getting too much hype. LSU was nowhere near last year’s LSU and it was the first game of Mississippi State’s new offense. It was sort of a perfect storm for the Purple Tigers. Does that mean Arkansas will play them better? No, but this shiny new toy will definitely dull over the course of the season.

Auburn at Georgia – Check back tomorrow for my prediction in the game preview, but SPOILER ALERT: Georgia ain’t figured it out yet.

TCU at Texas – The national slate is rough. Texas should’ve lost last week, but somehow got to overtime with Texas Tech and won. TCU barely lost to Iowa State, who lost to Louisiana-Lafayette. I think that means Texas might be a little bit better. That big ol’ stadium is going to seem very empty, but the Longhorns should pull it out.

North Carolina at Boston College – The Tarheels are ranked #12?!? I guess the Big Ten and Pac-12 really are affecting the polls. Both teams are unbeaten, but neither have done anything special. North Carolina beat Syracuse easily. Boston College beat Duke easily, but only beat Texas State by three. That probably means they aren’t very good.