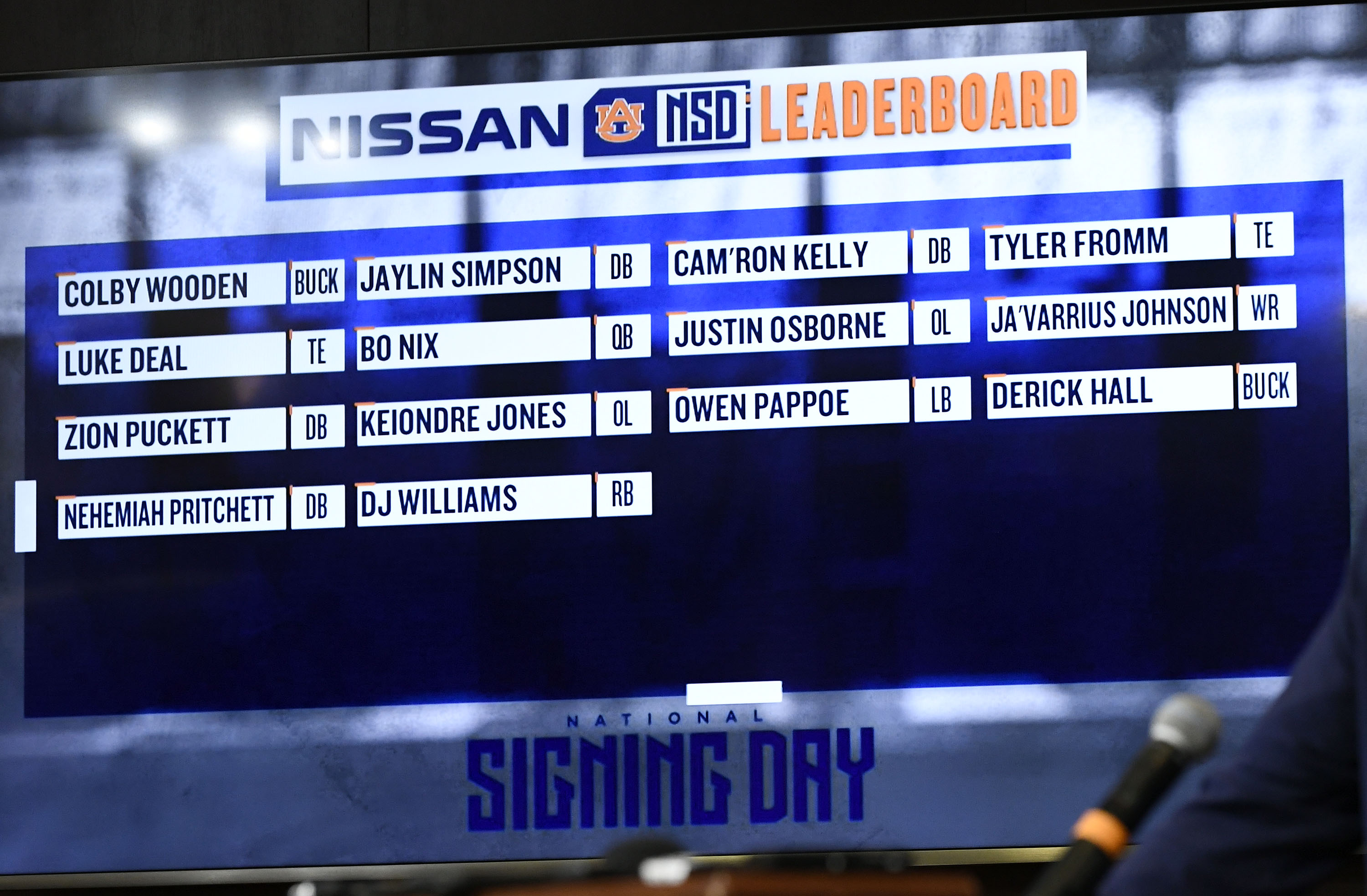 National Signing Day is old news. Early Signing Day is where it’s at. But really, it’s just a good way to get all your committed guys out of the way, and maybe pick up a few surprises just before Christmas.

As the first day of the early period ends, Auburn got everything they expected to get, plus two more. The class currently sits at 16 players. Will Putnam (4-star OL) will be announcing his decision tomorrow. 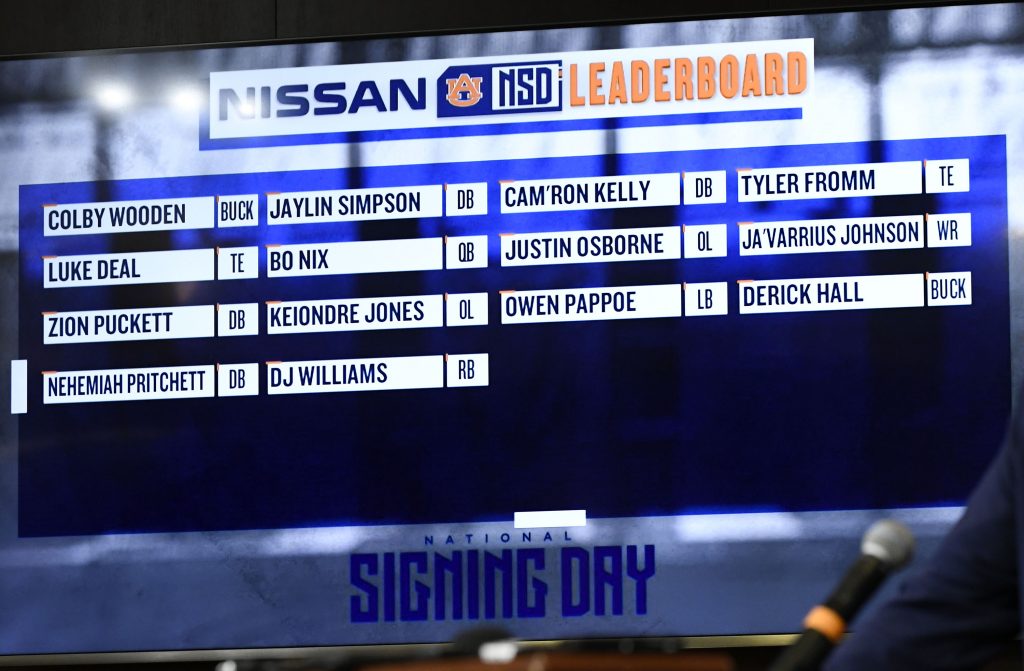 Nehemiah Pritchett
3-Star DB, 6-0, 180; Jackson HS; Jackson, Ala.
Versatile athlete who projects as a cornerback in college … key contributor on both sides of the ball for Coach Danny Powell at Jackson High … Alabama-Mississippi All-Star Game … consensus three-star athlete … rated the No. 19 (Rivals and 24/7), 25 (ESPN) prospect from the state of Alabama … a Class 5A first team all-state outfielder in baseball

Colby Wooden
4-Star Buck, 6-4, 235; Archer HS; Lawrenceville, Ga.
Athletic defender with plenty of potential … key contributor for Coach Andy Dyer and the Archer High Tigers, advancing to the state Class 7A semifinals … first team all-state, all-county and all-region … 24/7 and Rivals rate him as a four-star prospect … ranked No. 19 (Rivals), 21 (24/7), 28 (PrepStar) overall nationally at his position and No. 34 (Rivals), 38 (24/7) among recruits from the state of Georgia

Jashawn Sheffield
4-Star WR, 6-1, 180; Frederica Academy; Brunswick, Ga.
Exceptional athlete on both sides of the ball … two interceptions, two fumble recoveries and 959 all-purpose yards as a senior for Coach Brandon Derrick and the Knights, helping them to the state championship … Under Armour All-America Game … GISA all-state and all-region 2-3A … consensus four-star prospect at wide receiver … rated as the No. 20 (ESPN), 28 (24/7), 38 (Rivals) overall recruit from the state of Georgia … also a track and field letterman

From the Other Sideline – UT-Chattanooga