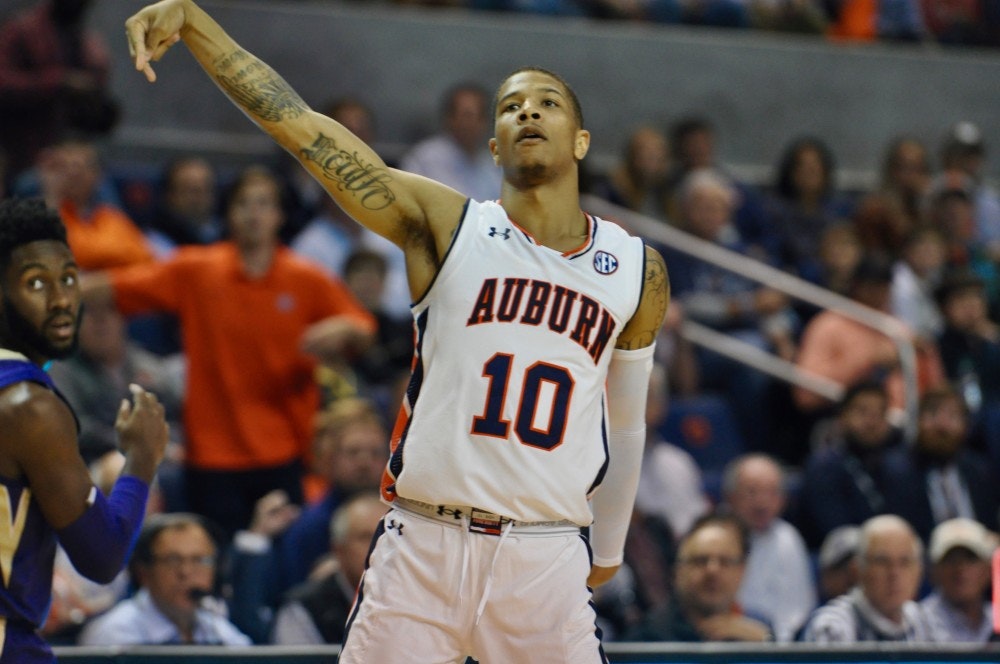 With March Madness coming up around the bend, where does Auburn stand?

The early futures odds already have Auburn listed to compete in the NCAA Tournament. Auburn is on the NCAAB odds boards at the moderate price of +2500. When you glance at the number, it may seem long. But Kentucky, North Carolina, Michigan State, and Nevada are all at +1600 at this point in time.

Last season, the Auburn Tigers entered the Southeastern Conference Tournament as the No. 1 seed. Unfortunately, sometimes it’s harder being in the top four because the lower ranked teams are warmed up and coming at you with some momentum. This is exactly what happened in the Quarter Finals last season. Alabama caught Auburn cold, and the No. 9 seeded Crimson Tide, took down the Tigers 81-63.

Auburn has a great chance of entering the 2019 SEC Tournament in the Top 4 once more. The conference is looking strong this season. Tennesee could end up as Auburn’s biggest challenge. The Volunteers are ranked No. 2 in the AP Top 25. The Tigers are No. 11, but predictive rankings actually have the Volunteers at No. 6 and Auburn at No. 7.

Kentucky and Mississipi State will likely remain in the Top 25 and each has the potential to sneak in to steal the SEC. Alabama and Arkansas are contending so far in January, but we should expect them to fade a bit.

Despite the loss to Alabama in the SEC Tournament, Auburn got an at-large bid as the No. 4 seed in the Midwest last year. If we pretend for a minute that the Auburn Tigers remain at the No. 11 spot, A fairly high at-large bid is in store once more. If we trust in the algorithms, we could see Auburn moving up in the AP Polls and with the possibility of a No. 2 seed in one of the regions.

Don’t worry too much about the Tigers missing out on the Big Dance. Right now they have a 97.7% probability of getting a bid. In Week 10, Auburn has moved up one ranking in the AP Top 25 and three places in the Coaches Poll. As we move through January conference play comes in full force. If Auburn gets some decisive wins over teams like Mississipi, Georgia, and Texas A&M and takes down either Kentucky or Mississippi State by any margin, we should see the Tigers climb the rankings.

The end of the regular season will be the true test. Starting on February 23, the Tigers get the Kentucky Wildcats, then after Georgia, they get Mississippi State again, then Alabama, and finally the Tennesee Volunteers.

Splitting wins with the Top-Ranked SEC teams like Mississipi State, Kentucky, and Tennessee whilst getting some dominating wins over lesser opponents should be enough to keep Auburn in the top 25 and an almost assured NCAA Tournament bid. If they pull some wins over the SECse top tier, along with victories over decently strong teams such as Florida and LSU, then we could be looking at one of those No. 2 seeds that were mentioned above.

All in all, things are looking good as the season moves towards March. Let’s just hope that the Tigers can War Eagle their way into the Sweet 16 or beyond this time around.

Ways of Improving Your Soccer Skills

The Ins and Outs of all Thing Football

Top 5 Sports To Try In Your Lifetime

What are Esports Casinos?