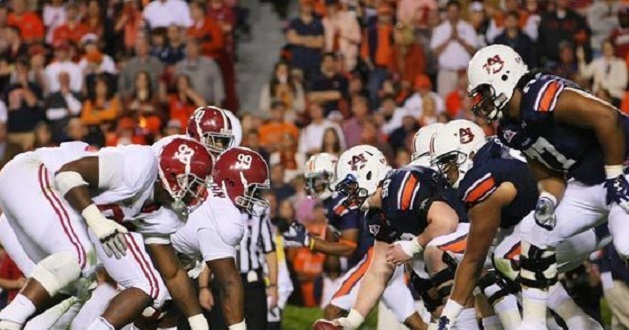 Regardless of the amount of talent on Auburn’s sideline, regardless of the records, Alabama has been favored to win every Iron Bowl since 2008. That was Nick Saban’s 2nd year at Alabama and Tommy Tuberville’s last at Auburn.

Alabama is undefeated. They haven’t really been tested, unless you count a half against The Citadel. They have a Heisman candidate at quarterback. He hasn’t really played in any 4th quarters this season. They put in the guy that Auburn beat last year to close things out with thirty point leads.

The Tide defense, for the first time since Saban has been in Tuscaloosa, is not the the strength of the team. That’s not saying they aren’t good, but they just aren’t the strongest piece. If there is a weakness, it’s their secondary, which has been the case the past few years. Sounds like a good matchup for a team that will definitely have to throw to win.

Gus Malzahn has seen Nick Saban’s defense for years. He’s actually beaten it as a coordinator and a head coach a few times, more times than any other active coach, if we want to get specific. The idea of how to beat that defense has been conquered. It’s all about execution.

And therein lies the problem. Auburn doesn’t have a talent issue. Auburn hasn’t had a play calling issue this season. You can whine and bicker all you want about a call here and there and pretend that’s why Auburn has struggled. The entire issue, and the players will tell you this as well, has been execution. It’s blocking and it’s catching the ball. That’s it. That is what has held Auburn’s offense back this season. 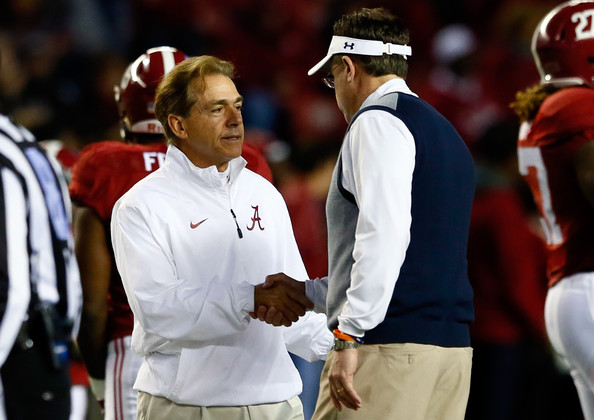 That said, Gus Malzahn offenses have always had an extra wrinkle during the Iron Bowl. You saw a little bit of it against Georgia, but there is always something special in this game. It’s why all of these Iron Bowls he’s been involved in have been at least somewhat competitive. And he’s been favored in none of them.

That’s all well and good, but for the first time ever the story is really going to be Auburn’s defense versus Alabama’s offense. The Tide is scoring points all over the place. Admittedly, I don’t watch a ton of Tide football, but it seems that every single touchdown comes from a 60-yard heave by Tua that happens to fall in the vicinity of an Alabama receiver who has just run past a defender. Do they even have a running back this year? I’m serious. Oh, that’s right. Damien Harris is coming back from an injury.

The Auburn defense has given up a lot of yards on the ground in a few games this season, yet they are still Top 10 nationally in scoring defense. They can give up yards like the best of them, but when they get inside the 20, it’s field goals almost 75% of the time. And have we talked about Alabama’s kickers yet? No need. They’ve missed eight extra points this year. EIGHT.

So yeah, if the Auburn defense can just make stops in the red zone, they’re golden. Get the Tide all amped with a 40 yard completion, make a few stops, and then let some poor kicker come out and shank it into the Million Dollar Band.

Look, it’s obvious that Alabama is playing for more in terms of the College Football Playoffs, but honestly a loss wouldn’t kill their chances. Auburn is playing for themselves. Auburn is playing this as a rivalry game. They know they have the chance to extend bragging rights and put a blemish on Alabama’s perfect record for a 2nd year in a row. Alabama has been told all year that nobody will challenge them. 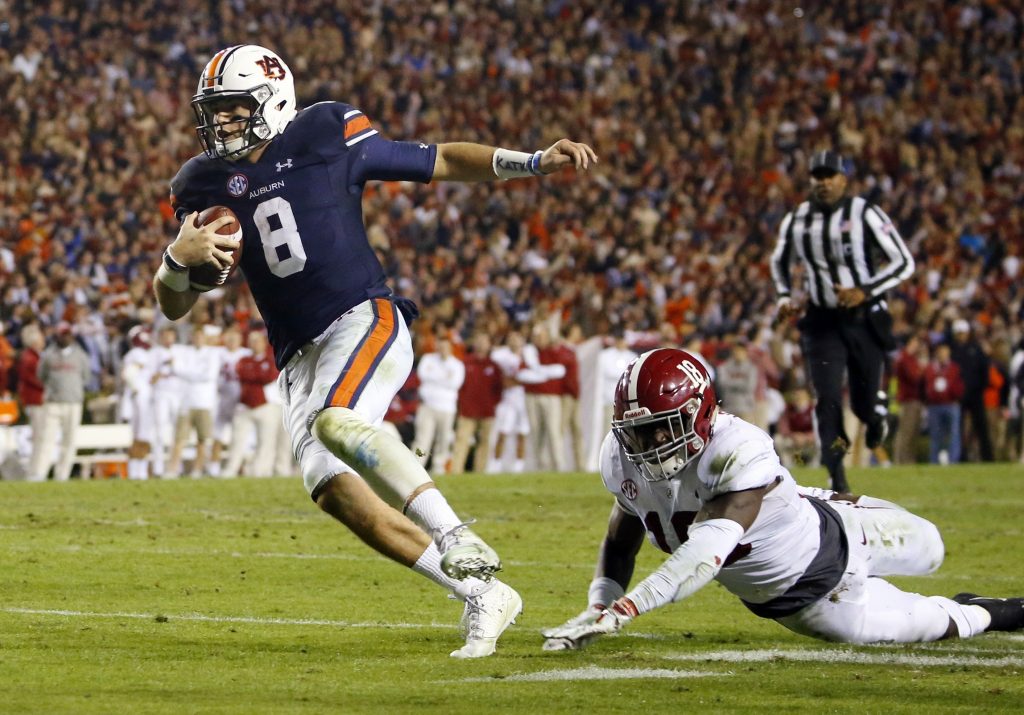 It will take the best game they’ve played all season. It will take a masterful effort. It will take playing all the way to the end. If one thing has been proven this season, even through the losses, is that they always do just that.

There will be trickery. There will be plays you’ve never seen before. There will be Saban fits. Auburn will throw the ball more than you’ve ever seen an Auburn team throw before. Of course I’m picking Auburn to win (and you wouldn’t have it any other way).