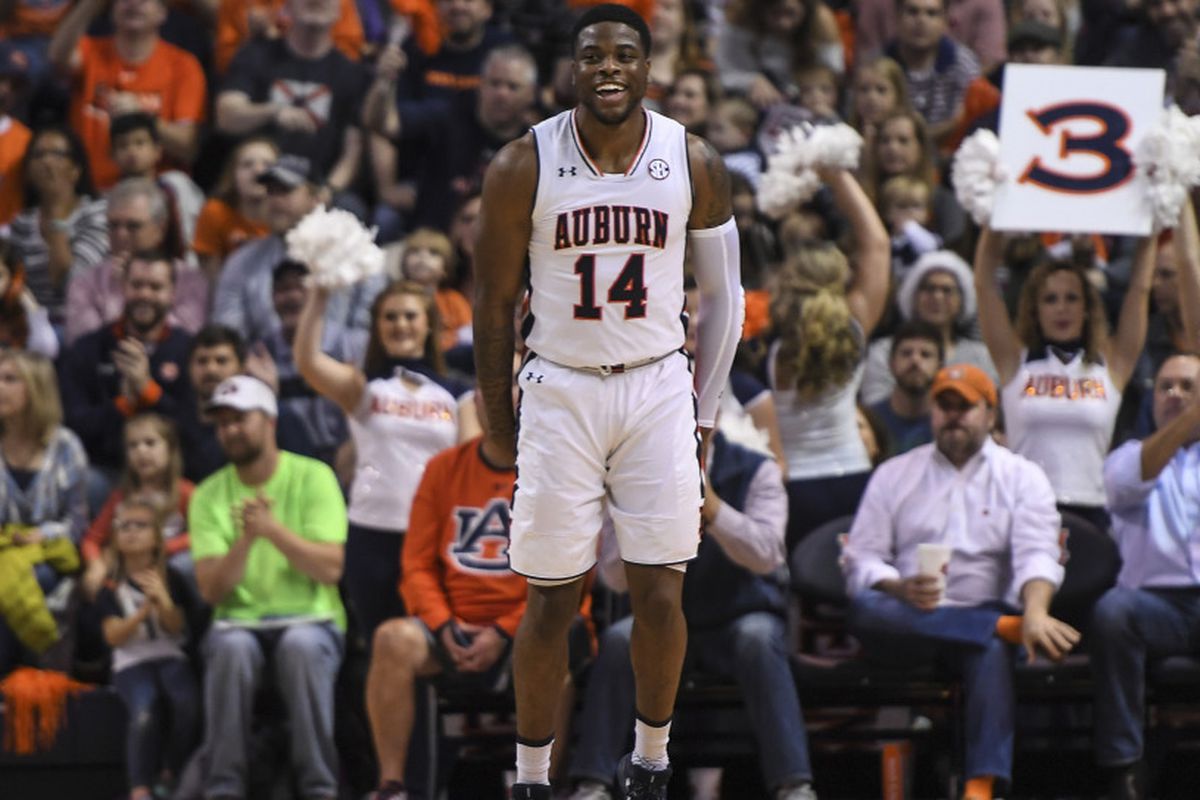 Last season proved that Auburn is no longer just a football school. Under head coach Bruce Pearl, their basketball program has gone from a mid-tier SEC team in 2016 to a conference contender over the course of the last two seasons. Unfortunately, Clemson crushed them 84-53 in the second round of the NCAA Tournament but that setback will make this team stronger.

Those who want to learn how to bet reading this guide will help you do it and for the ones that already know, they  should consider Auburn when placing their NCAA Basketball picks this season, as of this writing, this team is off to a 2-0 start, both SU and ATS and in this article we are going to make some predictions for them.

1. Starting backcourt will be solid foundation

Auburn returns the starting backcourt from last year’s 26-win team and they will be a solid foundation for another 25-plus win squad. Jared Harper, who had an approximate 2.5-to-1 assist-to-turnover ratio and Bryce Brown (second-team All-SEC and the top returning scorer because Mustapha Heron transferred to St. John’s) are off to solid starts this season.

2. The frontcourt will be much better

Auburn went 26-8 last season with a strong collective effort from their frontcourt and the scary part is that they should be much better this year. Austin Wiley and Danjel Purifoy were reinstated after being sidelined all of last season as a result of alleged involvement in federal accusations against now-former assistant coach Chuck Person.

Wiley and Purifoy combined to average 20 points and nearly 10 rebounds in 2016-17 and although Purifoy is missing the first nine regular-season games this season, their presence along with the fact that Chuma Okeke, Anfernee McLemore, Horace Spencer, and Malik Dunbar are back after averaging a collective 25 points and 18 rebounds, makes this a very strong part of their roster. As of this writing, Okeke leads the team with 19.5 points, 9.5 rebounds and 2.5 blocks in two games this season.

3. Losing Mustapha Heron will hurt but Auburn will fill the void

The loss of Mustapha Heron will hurt Auburn, the 6-4, 200-pound point guard led the team to an SEC regular season title last year, averaging 16.4 points and 5.3 rebounds in 28.6 minutes per game but he transferred to St. John’s. Auburn is just as talented, if not more than last season’s team and there’s plenty of talent to fill in the void.

Jared Harper and Bryce Brown give the Auburn Tigers a huge advantage in most of their matchups. Harper is as good as any point guard in the conference off the dribble and he facilitates to the strengths of his teammates. Harper’s quarterback mentality allows him to diagnose the weaknesses in his opponents while letting him operate at peak efficiency. He’s one of the main reasons why Auburn is off to a 2-0 start this season.

As for Bryce Brown, he’s an offensive machine, he was Auburn’s second-best scorer last year and 280 of his 421 field goal attempts were from 3-point range and he made 38.2 percent of those shots. Brown will have more notoriety on defense. Last season he forced his defensive assignments to 37.0 percent from the field and he forced 100 turnovers.

VCU transfer Samir Doughty was his team’s fourth-leading scorer in 2016-17 and he was hungry to get on the floor after sitting out last season per NCAA transfer rules.

Doughty is versatile and he’s thriving in coach Bruce Pearl’s up-tempo approach, making a difference with his excellent scoring capability and ability to play several positions effectively. Doughty is third on the team with 16.0 points in two games and he leads Auburn with a .688 field goal percentage.

6. Danjel Purifoy will give Auburn a boost when he comes back

Danjel Purifoy is sitting out the first nine games of the season but he averaged 11.5 points and 4.7 rebounds per game while shooting 36.9 from behind the arc in 2016-17 and his talents will give Auburn a boost when the SEC schedule begins.

Auburn is light years away from where it was when head coach Bruce Pearl took over on March 18, 2014 and the unprecedented talent and depth of this roster, along with their experience and chemistry gives them potential to be one of the best teams in the school’s 113-year basketball history.

Auburn is the Season Standout, Continues to Improve