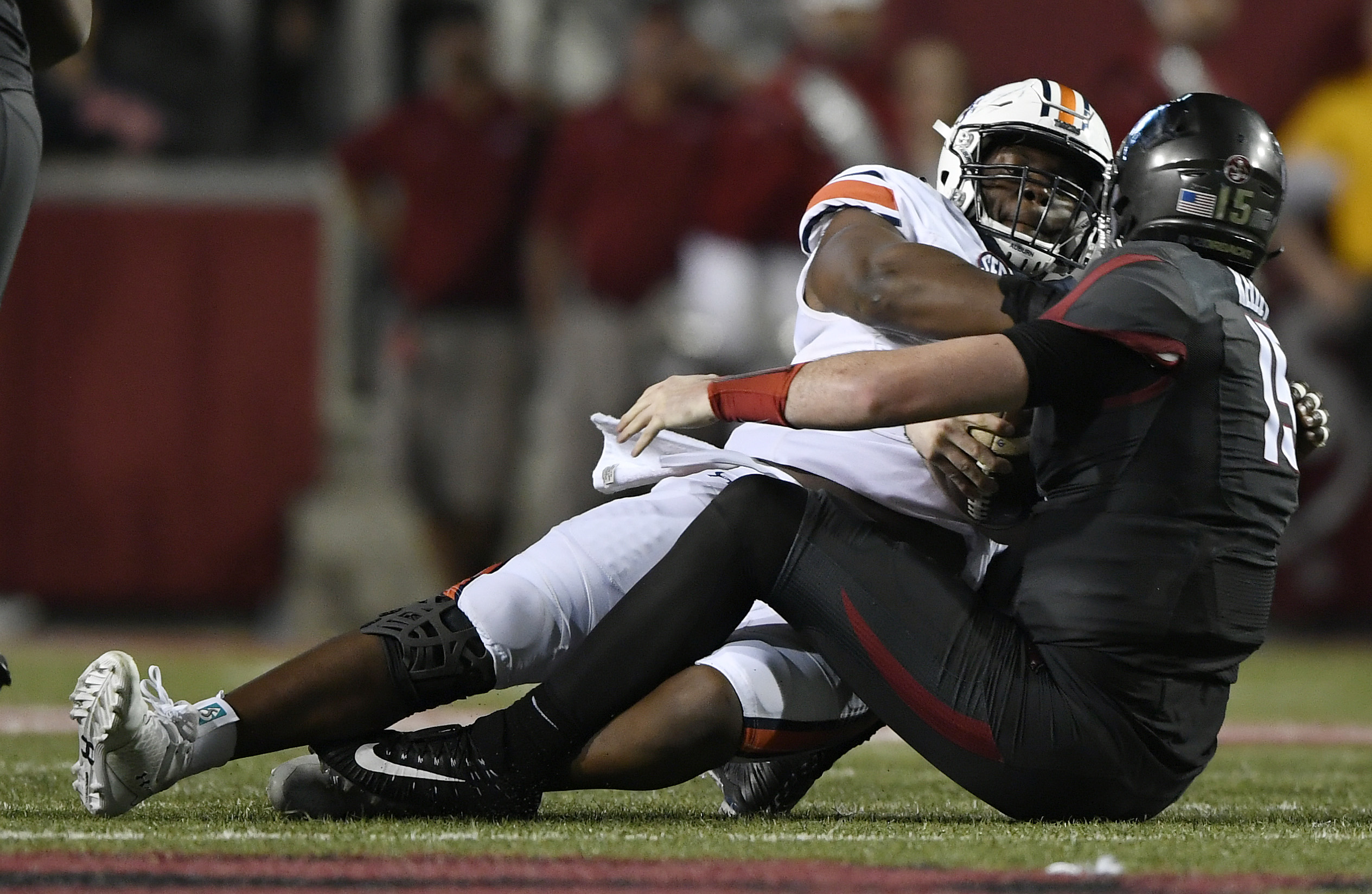 Anybody that has watched Auburn since their loss to Clemson in Week 2 expected to see what they saw in Fayetteville on Saturday night. At full throttle, Auburn can throw up points on anybody. For most of the season, Auburn has played at near full throttle, and they beat a team of hapless hawgs badly doing so again. 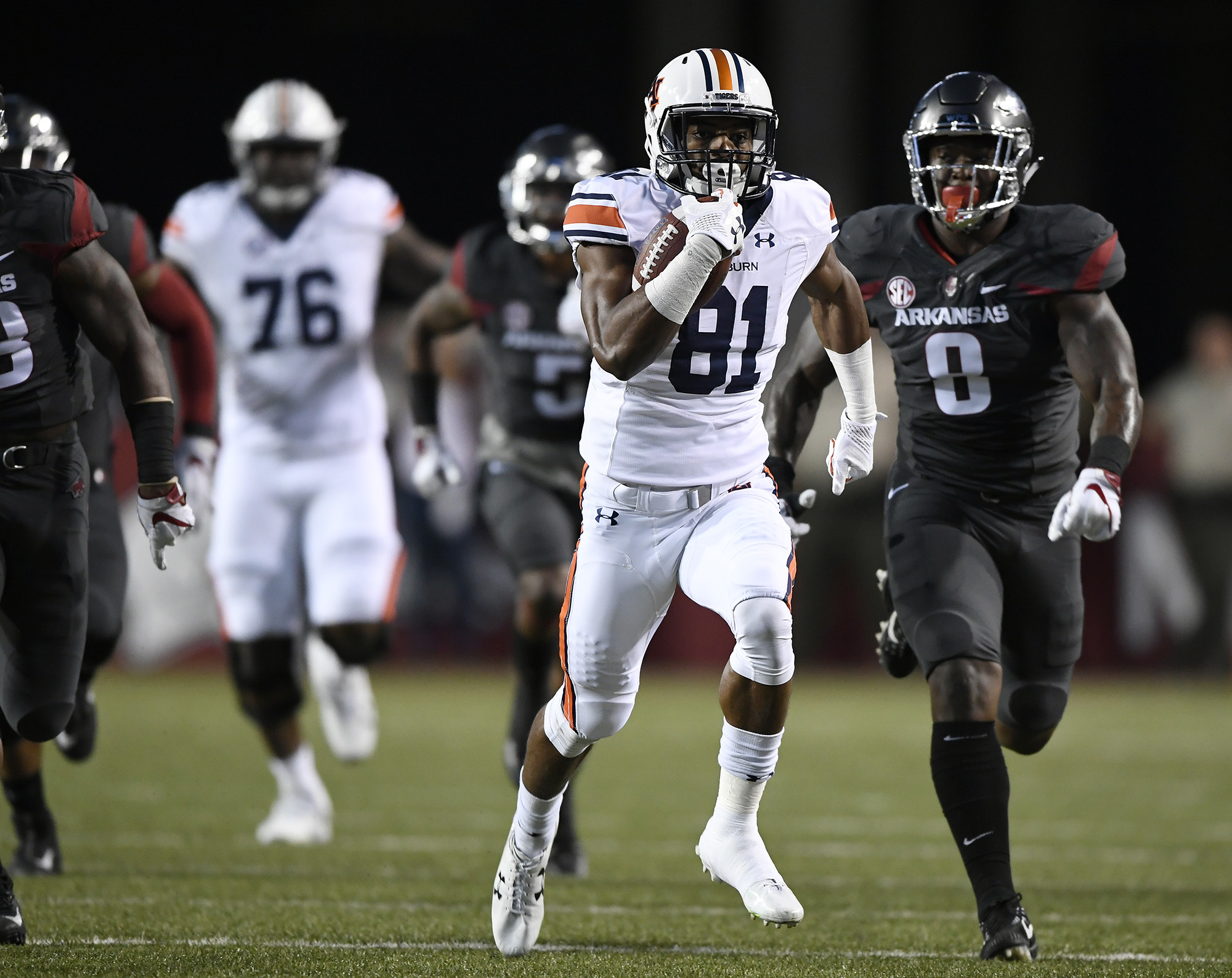 The first half could’ve been better. For the first time all season, Auburn got into the red zone (near the 1-yard line in fact) and didn’t score. For some reason, former Alabama QB/head official chose to review a spot on 3rd down at the bottom of the pile, but did not review a spot that was picked out of thin air, literally, on the next play. But whatever, there’s a first time for everything.

That said, the 17-6 lead at the half wasn’t the greatest feeling in the world, but it would do. Oh, it definitely would do.

After the half, Kamryn Pettway returned to form and/or Arkansas just gave up as soon as they saw him. I have never seen Auburn move the ball as easily all season as they did on that first drive of the 2nd half. Until I saw the next drive. Pettway barely bounced off tacklers and was off to the races.

Oh, and then Chip (not Gus) got all fun and dialed up the reverse pass from Ryan Davis to Darius Slayton. It worked perfectly because they setup the reverse earlier in the game. You know, the one where Eli Stove ran about 50 yards untouched, until Darius Slayton inadvertently touched him. It was some great playcawlin’.

All in all, the Auburn offense played fine in the first half, and spectacular in the 2nd half. I mean, when I’m barely looking at the plays in the 4th quarter, you know it’s gone off the rails.

As far as the defense, they were all up in the Mountain’s grill all night. I saw where they were credited with 6 sacks and 2-3 quarterback hurries. Please. They were literally chasing the dude around all night. Seriously. That has to be a joke.

The only positive the Razorbacks had on the offensive side of the ball was that the quarterback was so green that his inexperience actually helped a few times. Once he was going down, sometimes he’d chunk the ball in hopes that a Razorback would catch it. They did a few times. A guy that’s played quarterback a few more times won’t leave things to chance like that.

But the defense, despite the injuries, just keeps getting better and better. If they can hold a team under 20, the offense is definitely good enough to double that. If the first team defense ever had a chance to play a full game in blowouts, the blowouts would look as big as they are on the scoreboard. Giving up 20 to Arkansas sounds ridiculous, but one touchdown was on the backups and the other was…

ON THAT FREAKIN’ KICKOFF RETURN WITH THREE OBVIOUS BLOCKS IN THE BACK. Why does this keep happening? I mean, in this week’s version of awful officiating, they actually threw a flag on one of three illegal blocks and then waved it off. Don’t give the beaten down team free points just because they are beaten down. Did I mention the head official was a former Alabama quarterback?

Even still, Auburn went on the road in the SEC for the 2nd time this season and scored over 50 points. I’ll bet that’s never happened before. Some will say it’s due to the talent difference. So what, if you blowout a team you’re supposed to blow out, then you’re doing the right thing.

Now it’s time for a bye week which couldn’t come at a better time. It’s time to get healthy for Amen Square. Four more games with everything still on the line. You know this team has what it takes. Even if you hate everything, you know they do.

Fire Gus, Fire Jacobs, find out how much Blogle is paid for his positive propaganda.

Very astute points with much backing.

I just don’t hate everything.