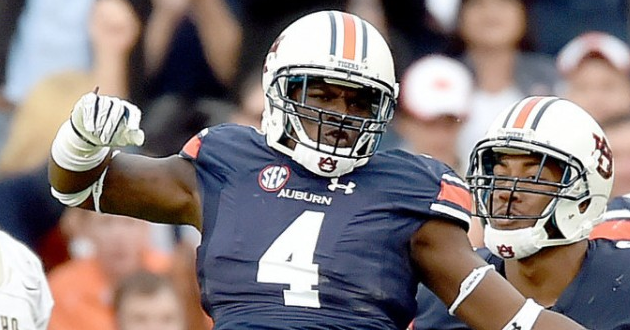 Well, I took some chances in Week 3 and a few didn’t work out. And then some dumb teams beat some other dumb teams that shouldn’t be losing to dumb teams, and it got me four incorrect picks. I did have two games that I was a mere 3-4 points off from a perfect pick, though. Never question me.

Let’s see what Week 4 brings. I see lots of SEC matchups. I see a meh national slate. I see some chances worth taking.

Texas A&M at Arkansas (Arlington, TX) – For some reason, Arkansas is wearing Dallas Cowboy replica jerseys. Dallas is in Texas. Texas A&M is in Texas. Arkansas is in Arkansas. I mean I know the Jerry Jones connection, but come on…

Either of these teams seem like they aren’t that terrible, and then sometimes they look terrible.

UMass at Tennessee – UMass was ranked as the worst FBS team in football by pretty much everybody before the season. They are currently 0-4 with 4 semi-close losses. They are exactly what Tennessee needs after that loss last week.

Alabama at Vanderbilt – Very rarely do I actually want Alabama to do what Alabama can do to certain teams. Sometimes it’s against Tennessee. Sometimes it’s Georgia. This week it’s Vanderbilt. They are 3-0 with a win over Kansas State and people have them in the top 5 of the SEC. Come on.

Louisiana Tech at South Carolina – I didn’t expect  the Gamecocks to lose to Kentucky. I don’t expect them lose to Louisiana Tech. They won’t make me wrong this time.

I don’t have a clue how good Georgia is. Mississippi State pummeled a bad LSU. That’s probably the best they’ll get all year.

Syracuse at LSU – The Purple Tigers won’t have the only reason people thought they were going to be good this year: Derrius Guice. They just lost 37-7 to Mississippi State. Things don’t appear to good for Coach O. Well, they do get Syracuse this week, which does sound cool, but they have a loss to Middle Tennessee, who has a loss to Vanderbilt. So it might not be all that bad in Baton Rouge this week.

Florida at Kentucky – Kentucky hasn’t beaten Florida in the last thirty meetings, but they’ve been pretty close the last two meetings. Like Vandy, people are high on Kentucky for being 3-0. The should’ve lost to Eastern Kentucky, people. Either way, Lexington is excited and Florida is just barely limping along. I think I’ll call the upset and mess up at least one game.

Auburn at Missouri – Check back tomorrow for my prediction in the game preview, but SPOILER ALERT: GET THEM OUT.

USC at California – USC almost let Texas beat them last week. A few miles down the road, Cal was beating SEC doormat, Ole Miss. I don’t know why, but I feel like Cal might be up after beating an SEC foe. Yeah, I guess I’ll mess up my picks again.

Week 6 Predictions: Anybody Else Playing?