Over the past few weeks, Auburn football players have been tweeting pictures (below) of lists mysteriously posted in the locker room by an unknown player, coach, manager, or blogle(?). Nobody apparently knows who does them, but we do know that they think Avery Young is big-headed, ugly dude. On the real, though, I like that the team can joke like this. 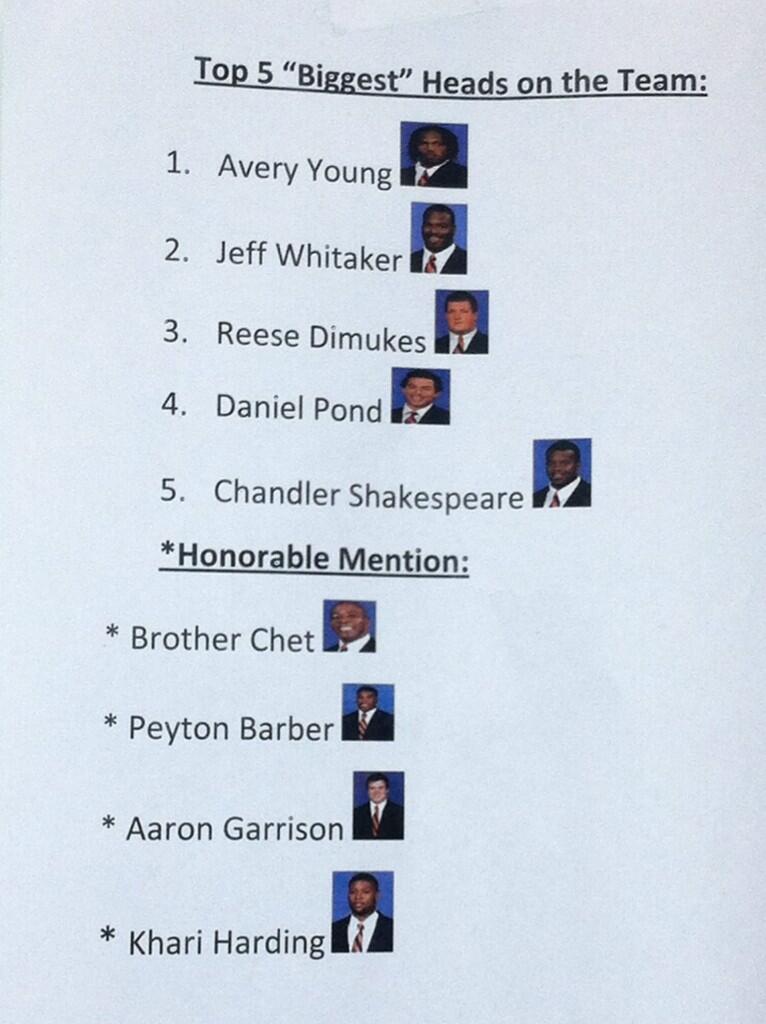 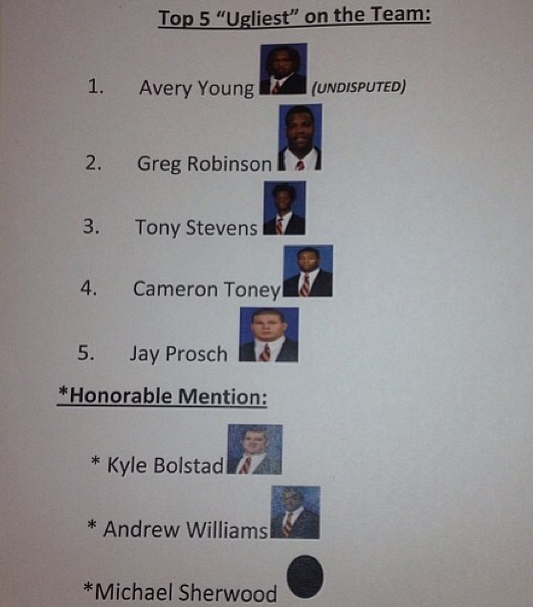 There’s another list, but I don’t feel comfortable posting it as a caucasian male. And I’m not sure who Michael Sherwood is, but I apparently he’s a black dot.

I love this stuff. Show’s they are having fun.

This could only be better if Avery Young was the poster.

I actually had that same thought.

Did he make it on your “another list” as well?

It is nice that they consider Chet as part of the team. I would normally think the coaches/admins would be separate. They must feel very tight with him.