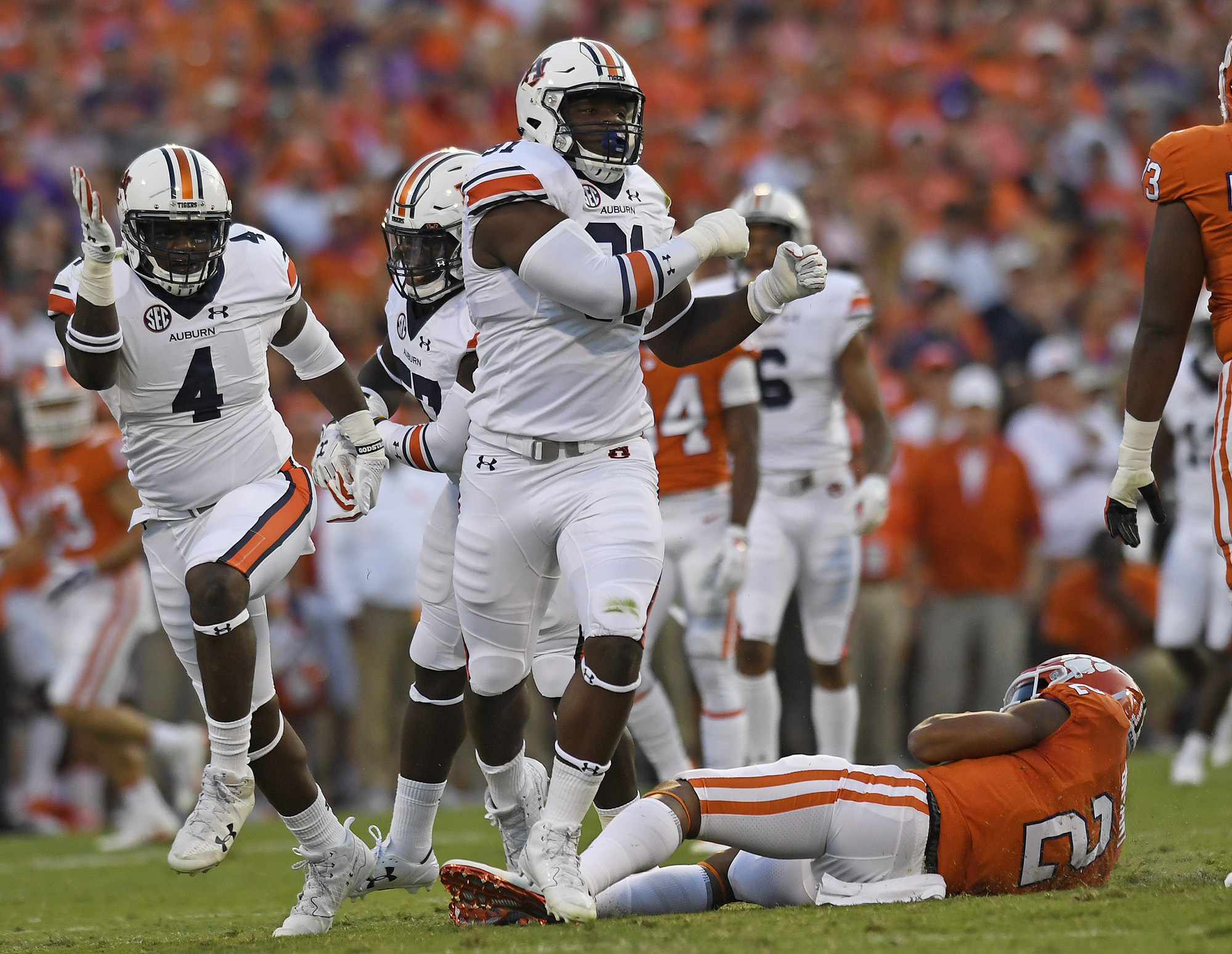 Look, I want to write this about as much as you want to read it, and there’s not much to say that you didn’t see on the TV screen, so let’s just get this over with.

1. Offensive offense. The first drive was nice. There was a nice 3rd down conversion caught by Nate Craig-Myers (he lives). Then there was a terrible spot on the 1.5 yard line and then a delay of game (that the coaches have admitted to letting happen instead of burning another timeout) and it ended with a short field goal. Then after a nice strip by the defense, all Auburn could muster was another short field goal. After that, that’s about it. Clemson’s defense is strong, but not that strong. 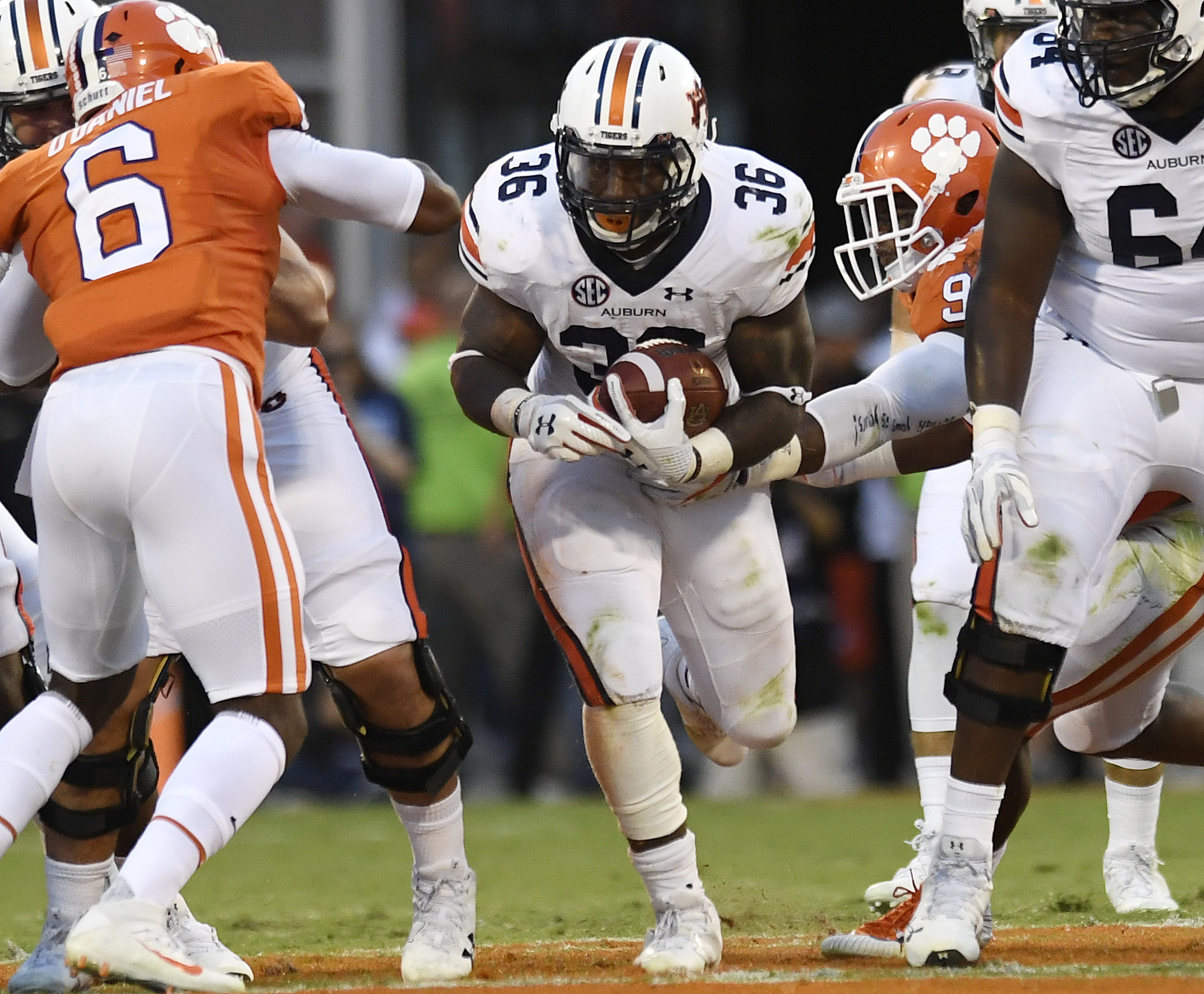 The offensive line has obviously not gelled yet. You may remember that the offensive line had the same struggles early last season, but after a few injury-induced shakeups, the line became one of the best in the SEC. After a few coaches’ comments after this game, it sounds like that might be happening.

An offense with this much talent will only get better. But with a new OC, a new quarterback, and a banged up backfield, this should be expected. Maybe not to the level of last Saturday, but it’s not like they were playing Missouri’s defense.

2. Defense. The Clemson offense obviously isn’t led by Deshaun Watson anymore, but Auburn’s defense kept them in check most of the night. Despite giving up scoring drives to end the 1st half and start the 2nd, it was pretty well hemmed up.

Now of course Dabo said they got very conservative after their 2nd score, but that doesn’t keep a team from trying to get 1st downs. Auburn had plenty of three and outs (on both sides of the ball). If this keeps up, and the offense improves at all, this could be the defense that is made to win… something.

3.Sticky hands Stidham. Early in the Georgia Southern game, Jarrett Stidham was a Texas gunslinger. Then he threw an interception, and for at least two quarters he held onto the ball and appeared scared to throw it. 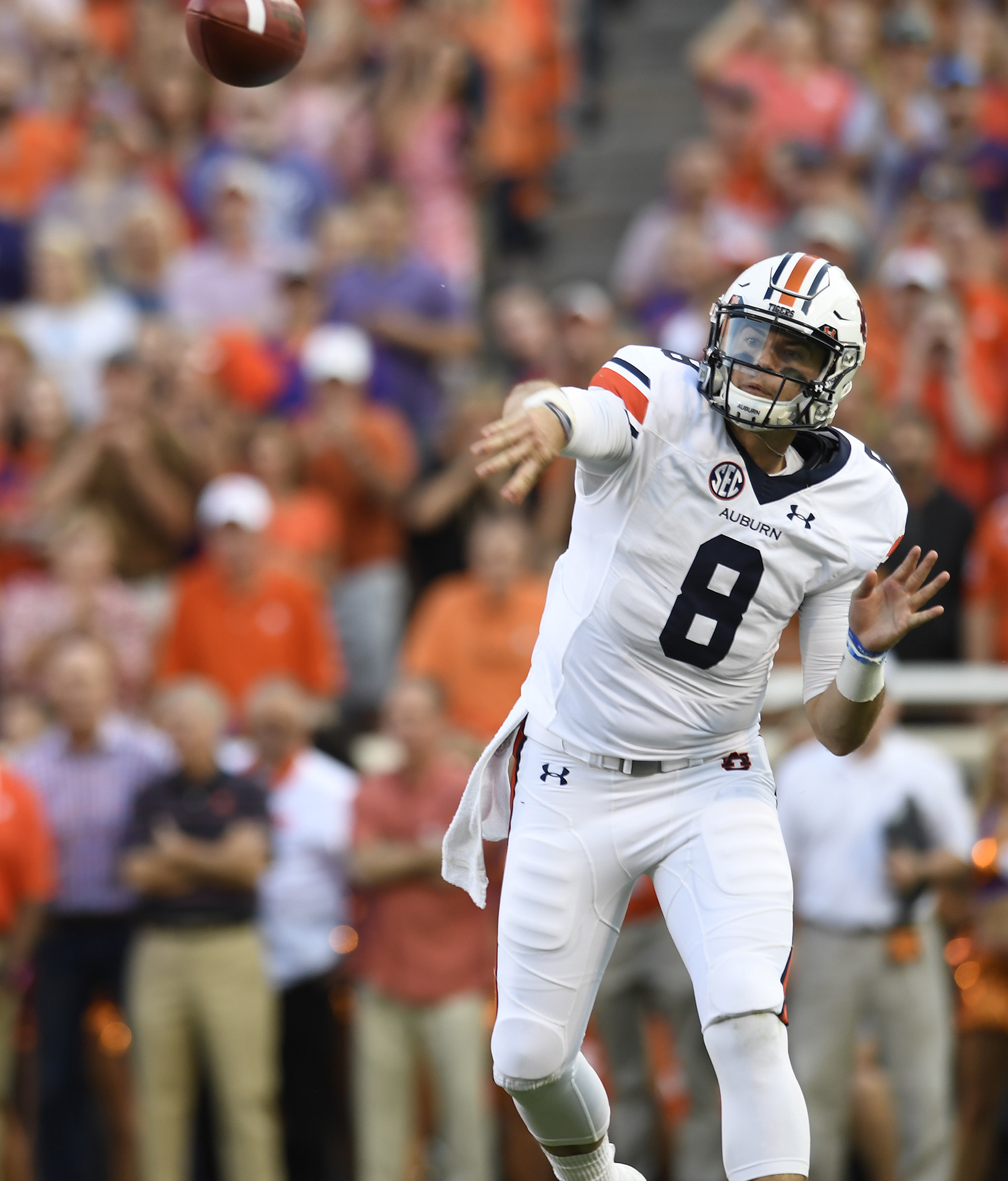 Early in the Clemson game, Jarrett Stidham was a Texas gunslinger. Then he was 100% incorrectly called for intentional grounding on a flea-flicker, and for the rest of the game he held onto the ball and appeared scared to throw it.

What I gather from that is that he goes into a game with a confident approach, and as soon as something negative happens with his arm, he thinks about it the rest of the game. Yes, the offensive line didn’t give him much time to do anything, but at least 5 of his eleventy-billion sacks were on him. A simple toss of the ball to the back-up holder on the sideline would’ve been just fine. But then you go back to the intentional grounding and you could see him not wanting to do that again.

4. Who calls the plays? Who cares? One of the biggest stories on social media for at least the last 15 games has been “who been done cawling the plays, PAWWWWLLLLLL?” …. WHO CARES? Despite Chip Lindsey telling the media that he called 100% of the plays on Saturday night, despite Gus standing on the complete opposite of the field during timeouts, there’s this contingent of people who literally hate everything about everything that are so convinced that Gus is in the middle of the huddle changing all of the plays and butting in. 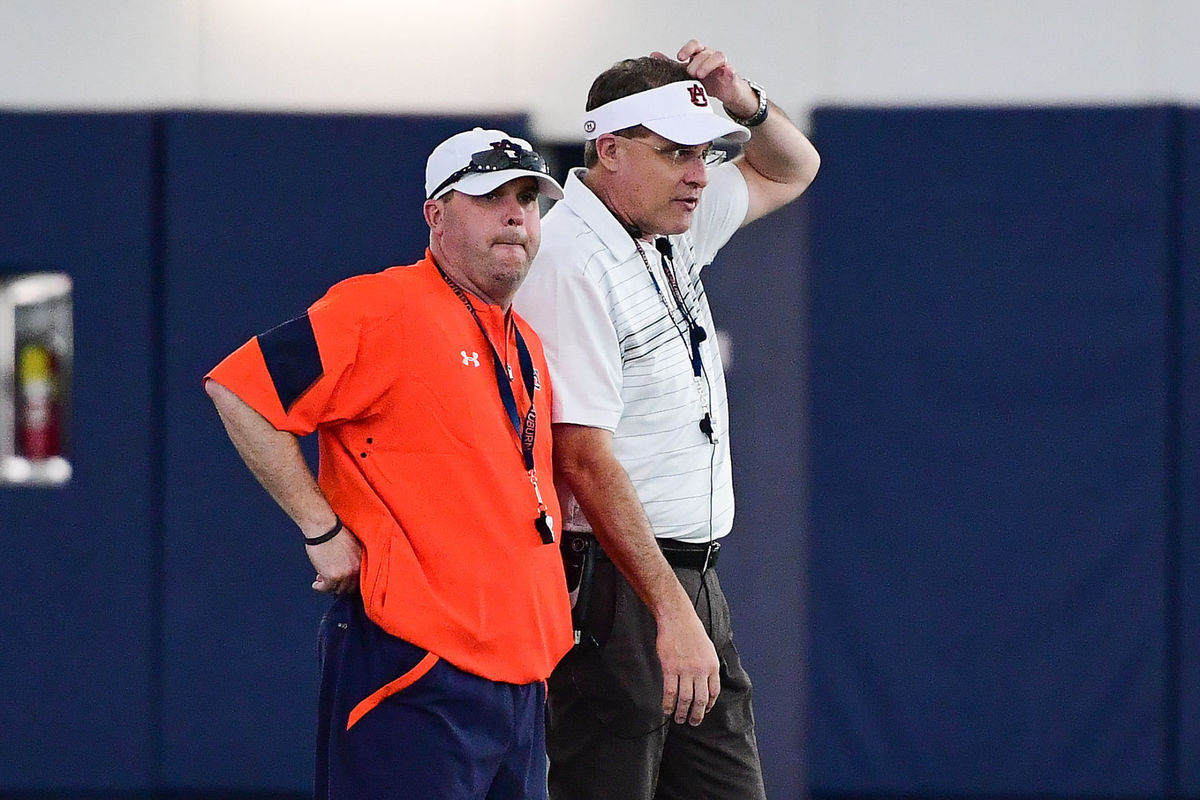 I saw a guy post a video on Twitter today saying “LOOK, YOU CAN SEE GUS SAY ‘let’s go trips’!!!” Then I saw a guy complaining that Gus was just standing there watching things implode and wasn’t giving any input to fix it. Such is social media, but can we just stop thinking everything is a lie, conspiracy, tv show drama, and a football coach’s goal in life is to make you mad?

SPOILER ALERT: Chip Lindsey based his offense off of Malzahn’s from his days as a graduate assistant at Auburn. You think it might be alright if the guy who created the offense, the head coach, says “Hey, what about this?” You think the problem last Saturday night was that they should’ve run left when they ran right? The problem was offensive line protection, a quarterback running for his life, receivers not getting open, which led to more panic from the quarterback. Not play-calling.

5. Move on. People are mad that Auburn definitely had the chance to win the game. If the offense doubled their output, they may have won by 3 touchdowns. That’s why they are mad. Because they know Auburn had a real shot to beat the defending National Champions on the road. But the same people are acting like Auburn lost to UL-Monroe by 56. There’s a difference.

By the end of the year, this game will be nothing more than a touchdown loss on the road to the defending National Champions. Might I remind you that those same National Champions lost to Pitt in Clemson last year?

Nothing is over. Auburn now has two weeks and two very bad defenses to fix things with. This is about offensive line personnel and Stidham’s confidence. Oh, and the receivers getting open, but that may go back to Stidham just needing to throw the ball and let them do work.

Well now I wrote way more than I wanted to, but let’s just look at point #5. It’s over. It was stupid. Auburn has a good chance of winning the next four. A 5-1 record is fine. You’ll take it.

From the Other Sideline – Southern Miss

Well said and appreciate the take. I think folks believe, right or wrong, that when Gus gets involved things go poorly, when he stays away things go well. That’s the narrative we are being fed by a lot of folks and the media covering the team. I struggle seeing why we are all so desperate to get a man who’s entire coaching career has been an offensive guru, into some CEO role and away from the offense. IMHO, let Gus do whatever Gus wants. Heck let him call the whole show. Ultimately he will be held accountable.

You make a great point that the frustration really is from being so close to beating Clemson on the road, and the fact that any decent level of offense would have sufficed for us with the D we brought up there. The sky shouldn’t be falling. That said, there is plenty that needs correcting. WDE

I’m always glad that someone else is thinking the same way I am. People forget quickly how good the offense was last year we auburn was healthy. Also, that same offense looked awful at the beginning of the year.