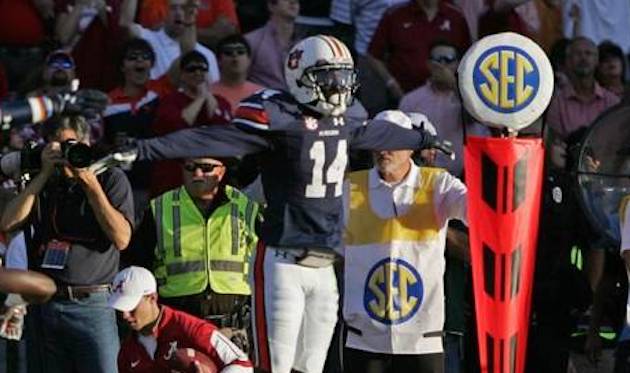 When there are many upsets like there were last week, that usually means prediction-makers are upset, too. That can definitely be said for me. It wasn’t good. Hopefully this week is easy enough and I can avoid my lowest regular season record of all time.

There shouldn’t be too many surprises on this Championship Week. For my sake, let’s hope so.

Western Michigan vs. Ohio (MAC Championship) – The Broncos may be playing the last game of their magical season with their boat-rowing coach at the helm. He’s sure to be snatched up by Houston or Oregon or somebody.

MACtion will be little in this one as a blowout commences early.

Colorado vs. Washington (Pac-12 Championship) – This probably would’ve been a little more fun had USC made it, considering they have beaten the Huskies and could do it again to throw a wrench in the playoff, but Colorado obviously ain’t half-bad. Nah, Washington will win.

Oklahoma at Oklahoma State – The Big 12 doesn’t have a championship game, but this game will determine their champion. And if things go as planned elsewhere, Auburn will face the winner in the Sugar Bowl.

These teams are pretty even. The Cowboys play a little more defense than the Sooners, so I’ll go with them.

Alabama vs. Florida (SEC Championship) – The line for this game is 24+ points in Alabama’s favor. Yeah, the divisions are really even in the SEC. If Alabama beats Florida by just a decent margin, Auburn goes to the Sugar Bowl. If Florida makes it close, the Sugar Bowl is up in the air. So…. Rrr…. Rrrrr…. Rreeealllly hope Florida loses this one. They will.

Clemson vs. Virginia Tech (ACC Championship) – Can we redo all conference divisions? Clemson hasn’t been the juggernaut we thought they’d be, but they’re squarely in the playoff with a win over a Virginia Tech team that’s fed on the lowers of the ACC. Shouldn’t be close.

I feel like both of these teams are riding on a bad Big Ten schedule and both are just sorta good. It will be a slow, close, Big Ten game and Wisconsin will win.