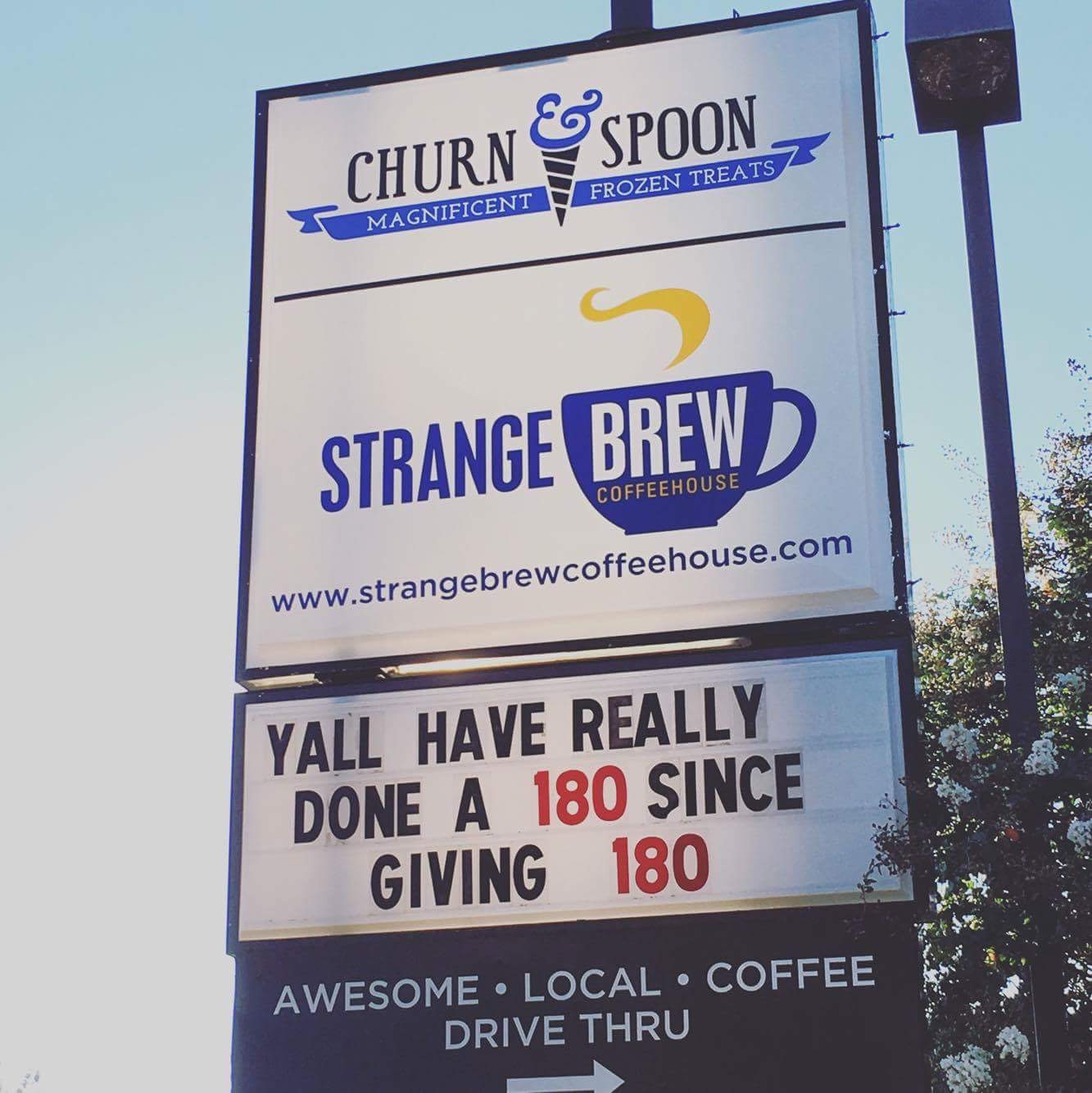 Strange Brew, the coffee house based in Starkville, has been known to talk a little junk anytime Auburn is in town. It started in 2010 with the pain of seeing Cam Newton return despite the attempts to buy him. The years after that (2012, 2014.1, 2014.2), the quality dropped a little, but this year they’re bringing Cam back and if you can find a way to just laugh about sports, it’s hilarious. I mean, it’s 100% wrong in multiple ways, but it’s some strong little trash talk.