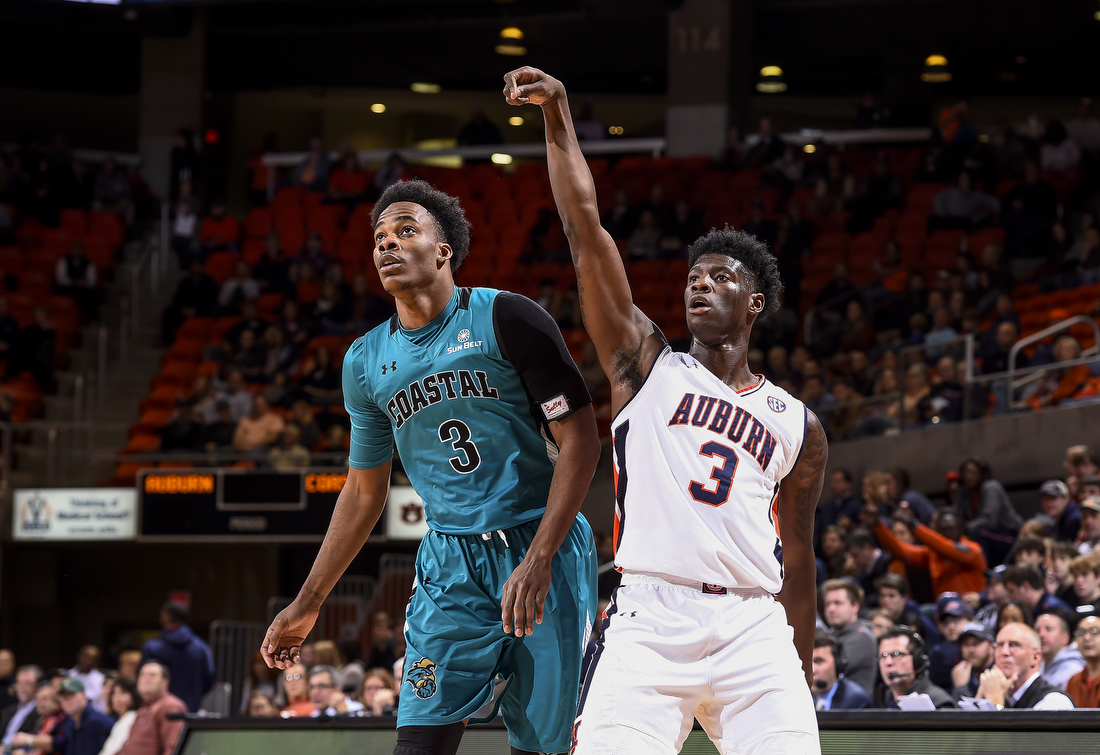 Cliff Ellis returned to the Plains for the 2nd time since his departure with an even 1-1 record against his former team. The Chanticleers beat Auburn in Auburn two years ago, then despite losing a 20 point lead, Auburn beat Coastal in Myrtle Beach last season.

The rubber game was a close one, as the score was 25-22 halfway through the 1st half… and then Auburn went on a 23-0 run, turned into the Harlem Globetrotters, and never looked back. They tied the SEC record and beat the program record for 3-pointers in a game with 21. A walk-on dunked. It was awesome.