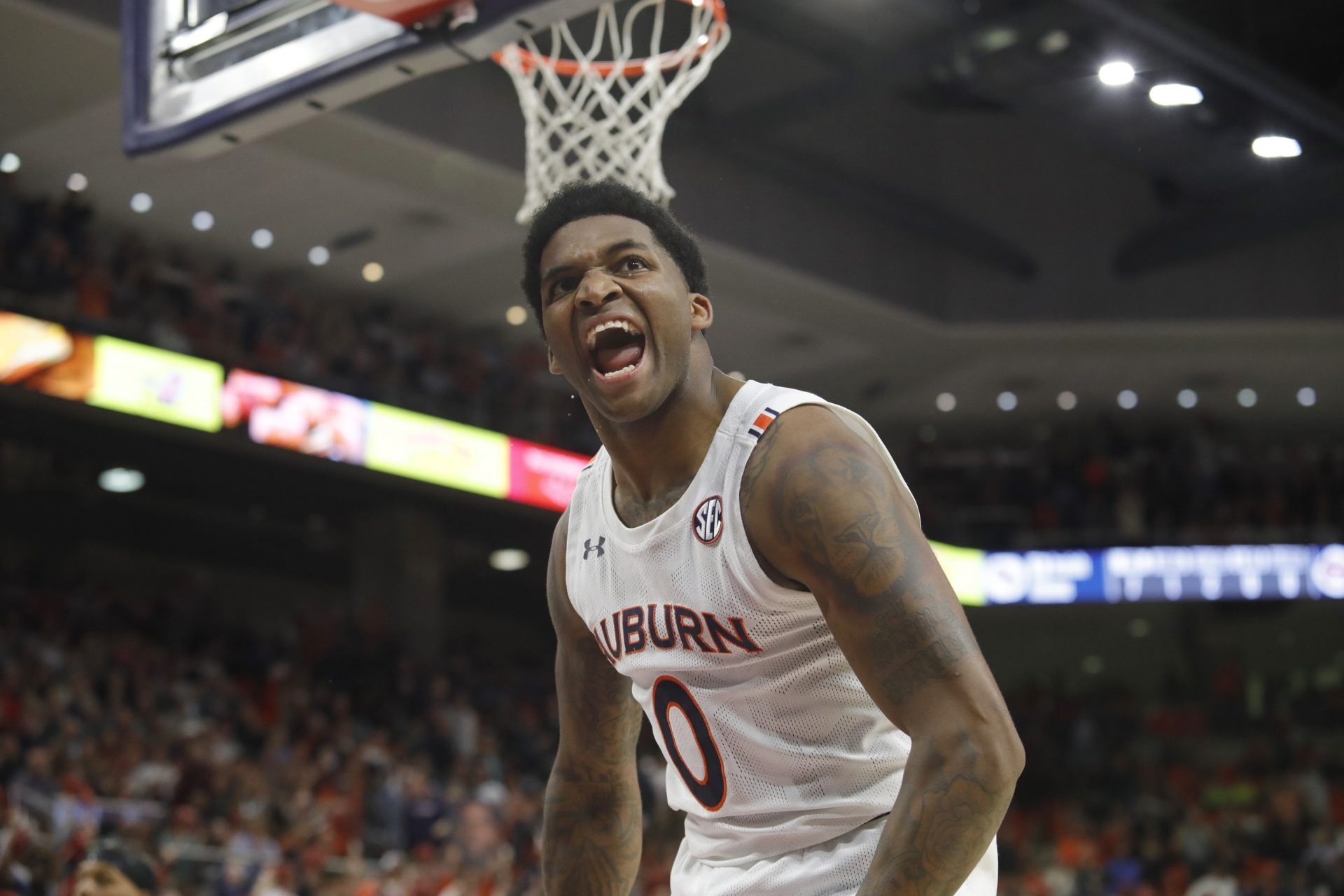 Auburn basketball had another solid week on the Plains with wins over UCF and Yale in Auburn Arena. The Tigers wore both opponents down with their depth. Auburn had several players make key contributions in both games including Lior Berman, Devan Cambridge, and Jaylen Williams.

With both wins, the Tigers moved up to number 18 in the newest AP Poll. Other SEC teams who made the poll were Kentucky, Alabama, Arkansas, Tennessee, LSU and Florida.

Here’s a look back at the two victories against UCF and Yale.

Auburn got their revenge against the UCF Knights with an 85-68 win in Auburn Arena. After another slow start in the first half, the Tigers turned up the heat coming out of halftime.The Tigers made 10 three-pointers, eight dunks, and 11 layups. 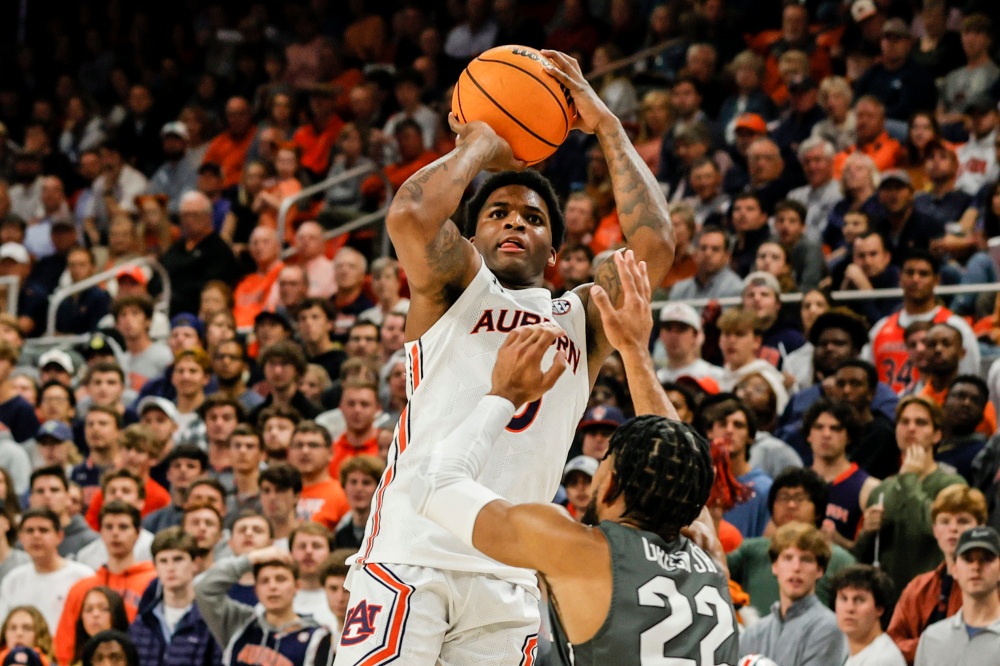 Jabari Smith and Walker Kessler led the way with a combined 37 points. Kessler had a career high 17 points, 10 rebounds, and six blocks. Smith led all scorers with 20 points along with seven rebounds and four assists.

“Coach’s biggest point was they were playing harder than us, playing with more energy than us,” Smith said. “He came into the locker room fired up. That fired us up, and I feel like we came out in the second half with a lot more energy.”

Head coach Bruce Pearl spoke about the defensive effort saying, “”I just thought we wore them down defensively, our depth was a factor.”

Auburn defeated the Yale Bulldogs by a final score of 86-64. The Tigers had the most complete performance of the season as they jumped out to a double digit lead in the first half and never looked back.

Five Tigers were in double digits including K.D Johnson and Jabari Smith. Devan Cambridge earned his second career double-double with 10 points and 10 rebounds. 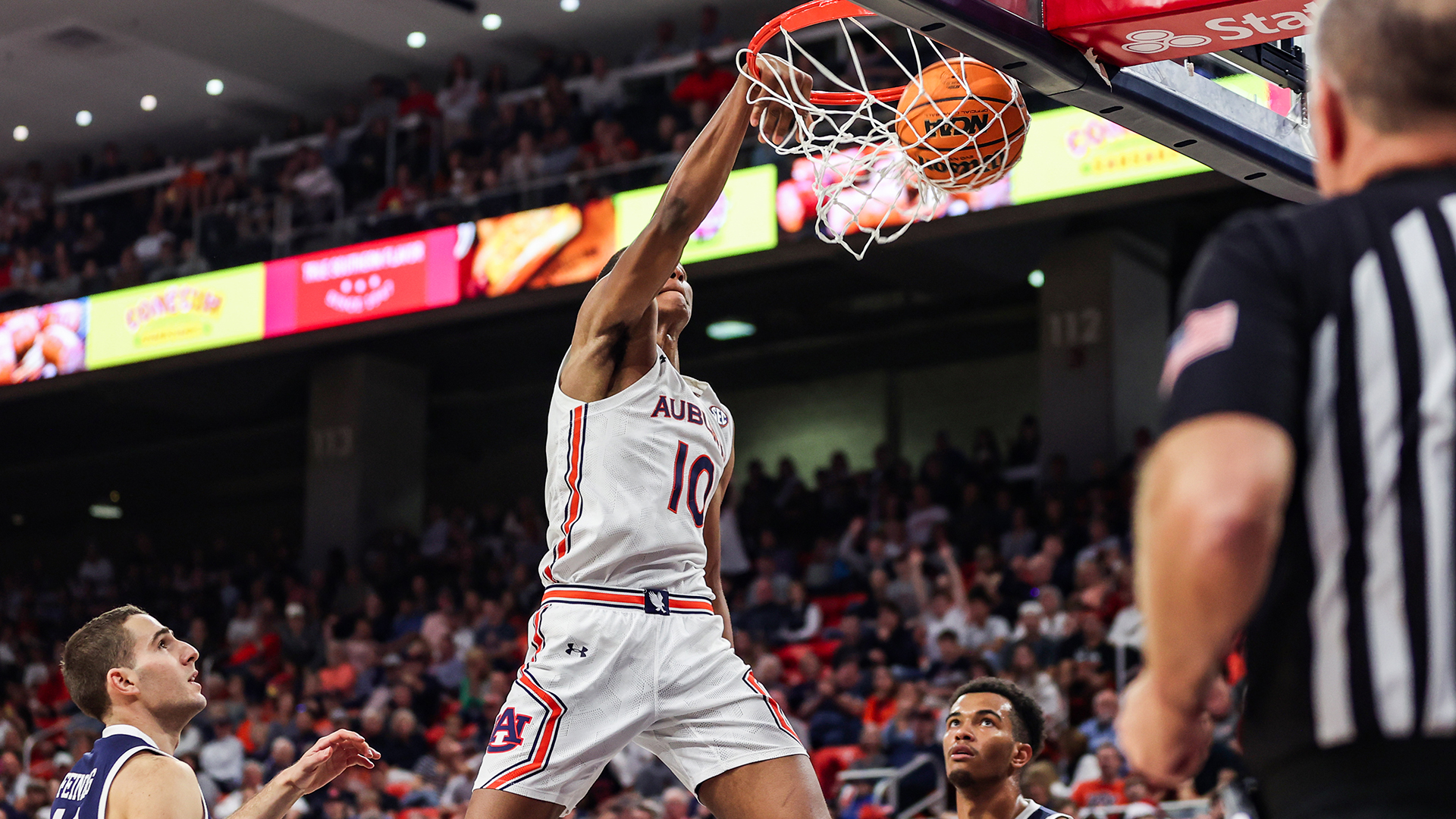 One of the highlights of the game was a dunk made by Jabari Smith in the first half. Smith ignited the Jungle with a tomahawk dunk to put Auburn up by eleven.

Auburn’s defense shined again early in the game as they had four blocked shots in the first seven minutes of the game. The Bulldogs shot 32 percent from the field compared to Auburn’s 44 percent.

“We played hard, and the defense was good,” Pearl said. “The depth continues to be a positive for us. … We’ve got a lot of things to work on, a lot of things to get better on, but Yale’s got a chance to win the Ivy League. That could be a win against the (NCAA Tournament) field.”

The Tigers have just one game this week as they head to Atlanta to take on the Nebraska Cornhuskers in the Holiday Hoopsgiving Event.

Nebraska football may not be the only sport on campus that is making a habit of losing close games. In the last two matchups, the Cornhuskers lost a four overtime thriller to NC State and fell in their opening conference game by 13 points after making it close for much of the game.

The Cornhuskers face Michigan at home on Wednesday night before making the trip to Atlanta. Auburn will be heavily favored to win the matchup. According to ESPN’s matchup indicator, the Tigers have an 80 percent chance to win the game.

The game will tip off early in the morning at 10:30 AM CT. Coverage of the game will be on ESPN2.