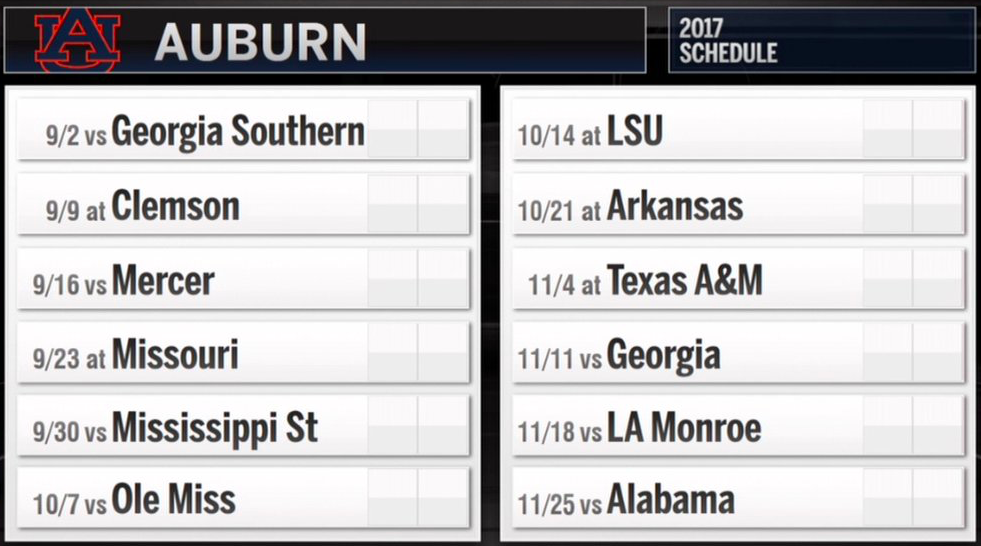 We have reached the point of the current football season where ESPN/SEC Network likes to throw our brains into a feeling of mass hysteria. I’m worried about this week’s game and the remaining 5/6ths of the season, and they are already telling us what we have to worry about next year.

Of course, we already knew who and where Auburn will be playing, but now we know the order.

Here are the few things that stand out to me:

Other than the awful October, it’s a fine schedule. It doesn’t seem any more difficult than a typical odd year slate. Now back to 2016…