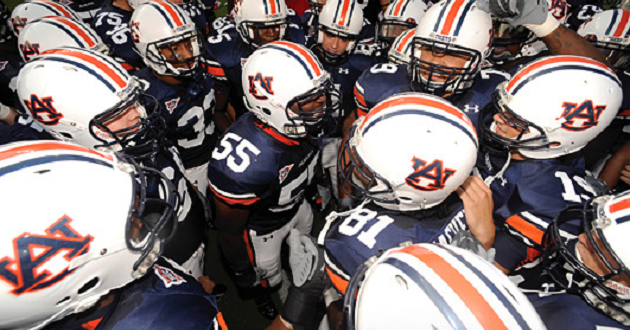 Let’s be honest. The best thing about college football returning is the hype videos, right? Given that I’ve been partnered with the absolute best hype video creator ever, A96, I’ve gotten a little spoiled. A good hype video isn’t easy to come by. It takes many factors: the right song, the right plays, and making sense in what you’re hyping.

Even though I’ve bothered him to no end, A96 says he is taking the year off. He claims his videos, while being awesome, have cursed Auburn the last few years.

That being said, I’ve found what I think are all of the fan-made 2016 Auburn football hype videos on YouTube and posted them below. Some are pretty great, some are okay, some have language in the music that I don’t condone, but here they all are. If you’ve done one or know of one that I’ve missed, post the link in the comments. Oh, and I’ve got a poll at the bottom of the post for you to vote for your favorite. It doesn’t matter, just prepare to have your face melted for the next 30 minutes.

Highlights (and Full Game) of Auburn’s 74-72 Over Georgia

No Snowday Productions?? Give me a break buddy.

Well, buddy, Snowday’s 2016 video has been pulled from YouTube.

The video is back up now.