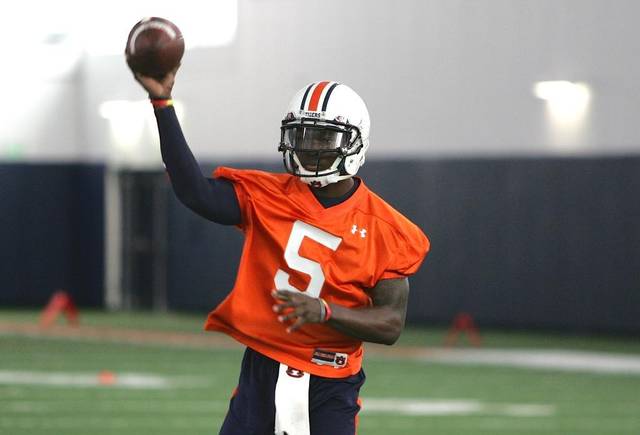 Life is a journey, this is the message that Kealer Franklin preaches to her children. John, her son has tested the saying’s true meaning in his athletic dream pursuit. Even NFL betting lines would suggest that John has been tested and this is why.

It all began when John was at South Plantation High School in Florida; he was a basketball, football and track star. From here, he became a backup for Jameis Winston and later went to East Mississippi Community College where he took part in a season. Now John Franklin III is competing to be a starting quarterback at Auburn.

In a statement, Kealer said that she knows that Johns journey was good and tough. It has given John a fire that he had lost. He has now grown mentally as a man and has a more precise approach. All this doesn’t mean that he will not have setbacks, but he will be able to put them behind him as it is all part of the journey.

Gus Malzahn has had the chance to see Franklin develop. In a statement, the coach said that during that time, John had happy feet. Although at times he seemed unsure of things, he is now settled in the fall camp. The coach added that in every practice, he sees John developing and improving. To John, protecting the ball is his big deal as it is very important to him.

John Franklin III is being compared to Nick Marshall who was a former Auburn quarterback. To some, this is a fair comparison while to some it is not.

In the fall camp, the second week of quarterback competition nears the end, prior to this fall camp competition, was spring practice. Kealer, her husband as well as her family, are optimistic that John will win. They also believe that should John fail to be named as the starter of the season, he is strong enough and he will be able to cope with the disappointment.

Kealer added that the competition for the quarterback job is frustrating but that’s life. He is now a grown man and has made it his goal; he therefore has to work towards his goal. Kealer strongly believes that John will make it and she hopes that he wins.

According to Kealer, it is not by chance that John is where he is right now, instead it is by destiny. She is excited as she believes that there is a purpose for John and she believes in her heart that John is destined for greatness.

Under Armour vs. Nike

Bulldogs Brought Back Down to Earth After Auburn Defeat

What is the Franchise History of the Tampa Bay Buccaneers?

Cam Newton: the best quarterback in the NFL?