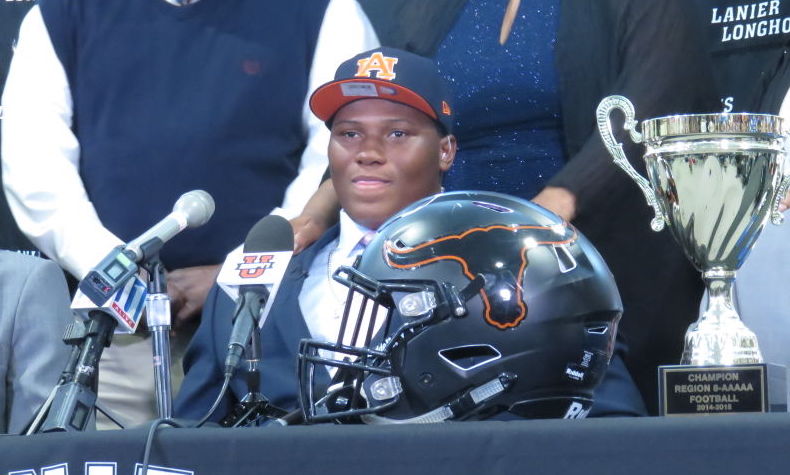 National Signing Day 2016 has come to an end. There weren’t many surprises. No major flips. No missing faxes. It was sorta… boring, but it ended well with Derrick Brown picking Auburn over pretty much everybody else. You can read up to the minute updates from yesterday’s running post here. Lots of other people did. Lots. Go read it.

That’s 21 new Tigers (with all of their accolades and highlights below), with the possibility of maybe picking up another OL (Tyler Catalina) and DB (Stephen Davis, Jr.). It was a good day.

Elijah Stove (4-star WR – Niceville, FL)
Elusive receiver who ranks among the most athletic at that position … career receiving totals of 1,878 yards on 136 catches with 22 TD for Coach John Hicks at Niceville High, helping the Eagles to the regional finals … 978 all-purpose yards and 11 TD as a senior … Under Armour All-America Game … first team Class 6A all-state and NWF Daily News all-area and Dandy Dozen … Rivals and ESPN rate him among top 15 WR prospects … also a track letterman.