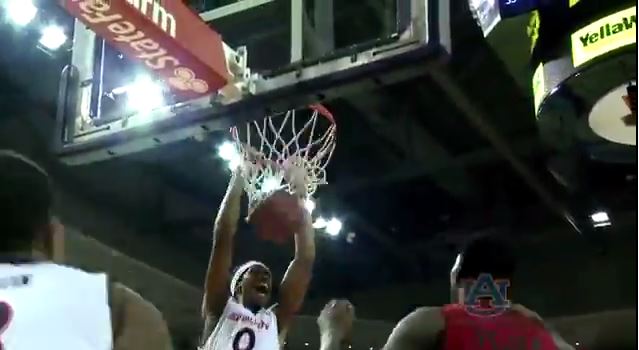 The Auburn men’s basketball team (2-1) beat the Jacksonville State Gamecocks (0-5) last night in front of a raucous crowd by the score of 78-54. It was my first game in attendance this season. Two things I noticed: this team really pulls for each other — more than I’ve seen in a long time — and more importantly, Auburn’s sock game is on point. I love that their uniforms and now socks incorporate the football uniform stripes.

Oh, and the Legend of Reggie Sharpe was in attendance… on the Jacksonville State bench as an assistant coach. I swear at one point of the game I saw him point to the spot on the court where he threw up the fabled game-winner against Alabama. Different venue, though, Reggie.

Auburn Asks Fans to Stripe the Arena for Ole Miss