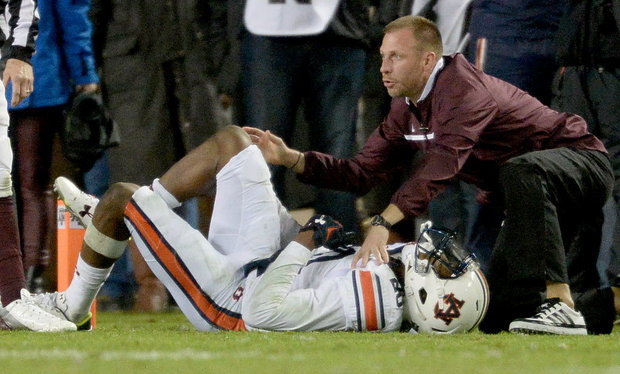 Update: Both players have removed the posts from their Instagram accounts, but I copped them screenshots for you, fam.

Earlier today, Auburn defensive back transfer Blake Countess posted this to his Instagram account with lyrics from the smash hit “Digital Dash Dive” by Drake and Future (I had to look that up): 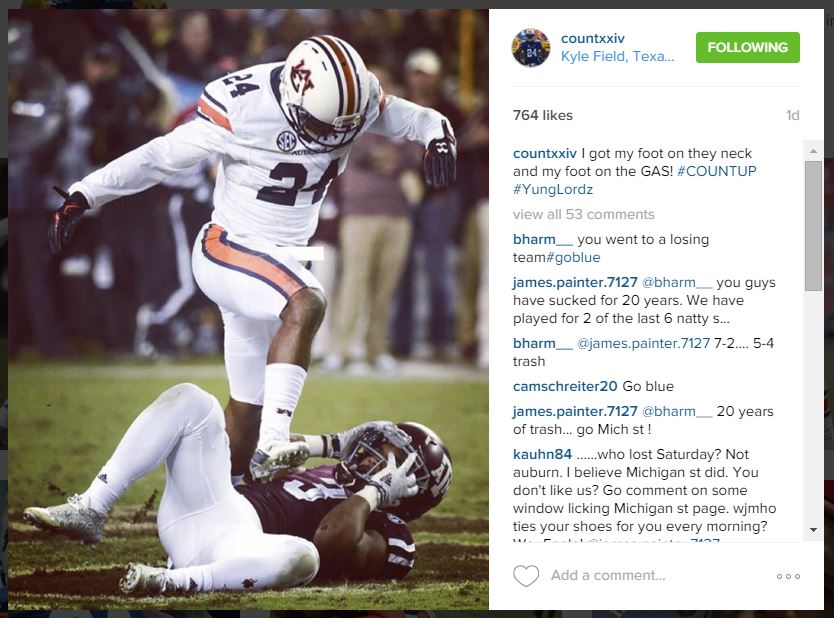 In retaliation of a picture that simply shows Countess stepping over Texas A&M wide receiver Christian Kirk following a pass break up, Ricky Seals-Jones posted this to his Instagram account, using the same lyrics as Countess. I had to white-out some certain words. 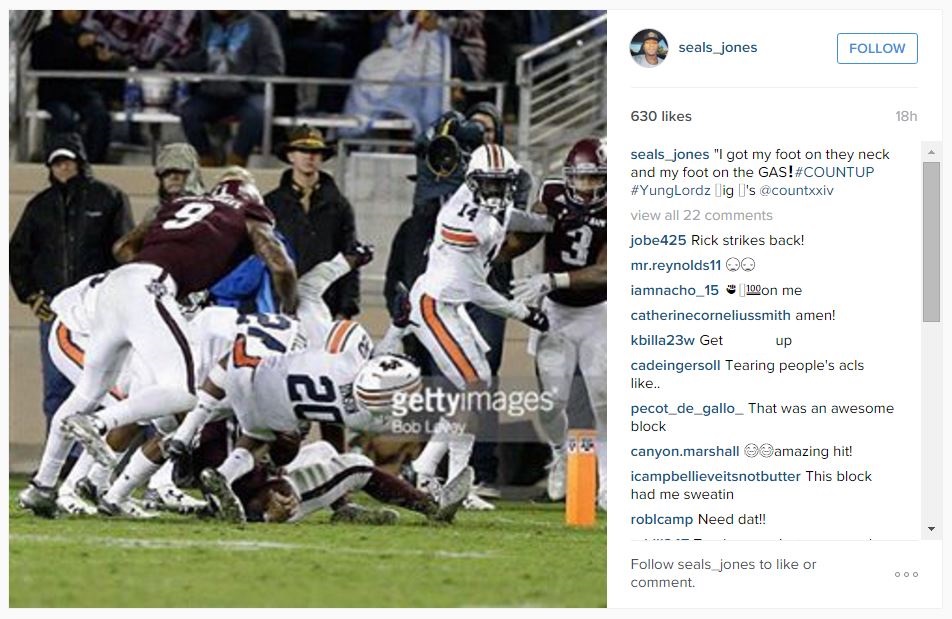 You’ll remember that ol’ Ricky was called for targeting (his second of the season), which was then ridiculously reversed while Dinson was carted off the field. The attention was then turned to Kyler Murray who left the game after taking a legal hit that is normally and wrongfully called for targeting any time a quarterback slides down to where a defensive back, Countess in this case, was diving to take out his legs.

Dinson tore all three ligaments in his right knee, dislocated his knee, and also dislocated his shoulder, but still had the good attitude to post this to his Twitter account.

I’d rather have that guy hurt on my team than the other guy catching touchdowns on his.

That reminds me of the very cheep shots that Nic Fairly took on Aaron Murray and celebrated with Trooper Taylor.

That reminds me of the last time the DWAGS won an SEC championship….oh wait, sorry! Shut up and tuck your DWAG tail between your legs and win something! #irrelevantforeveruga