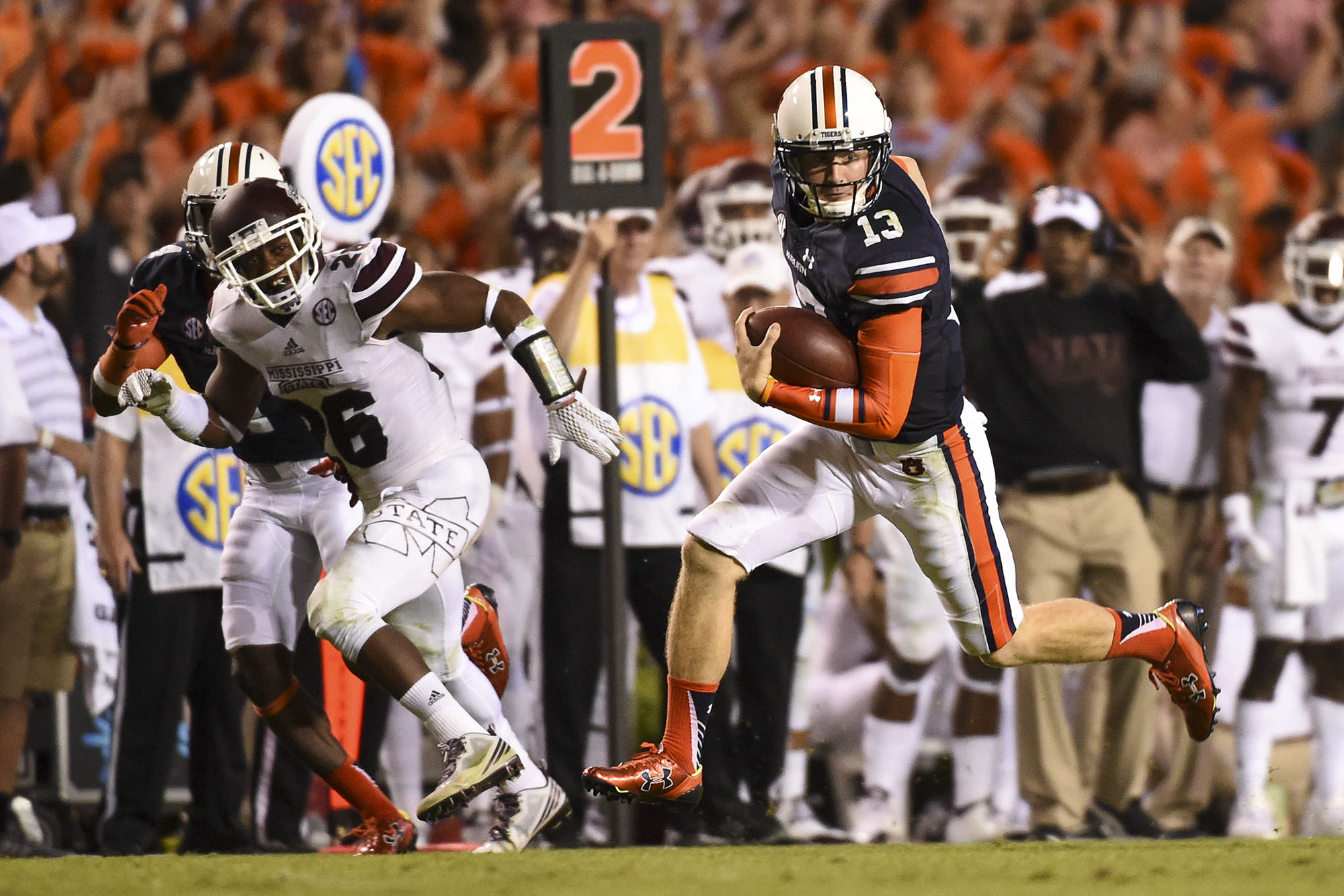 The week leading up to the tilt between the Mississippi State Bulldogs and your Auburn Tigers had me feeling indifferent and confused with the slightest bit of optimism only due to the fact that a needed shakeup at quarterback was happening. There was no ill will towards Jeremy Johnson, but a change, even if it was temporary, had to happen. Even though we had no clue what Sean White would be, it had me thinking that it had to better. It was.

I saw an offense with a needed spark. I saw an offense taking that spark and turning it into first downs, explosive plays, and leaving the defense looking confused and tired. I saw running backs and receivers extending a play.

But that only happened from 10-yard line to 10-yard line. For whatever reason, Auburn was unable to do anything the closer they got to the goal line.

The bottom line is that while the offense played much better, there were still those drive-killing mistakes that have been around since game one. It was promising, but it was still painful at times.

On the other side of the ball, I saw a defense that tackled well. I saw a defense that kept Dak Prescott from running all over the field, which he has always seemed to do against Auburn. I saw a secondary defending passes. I saw a unit lock down in the 2nd half and give the offense every chance to get the win. 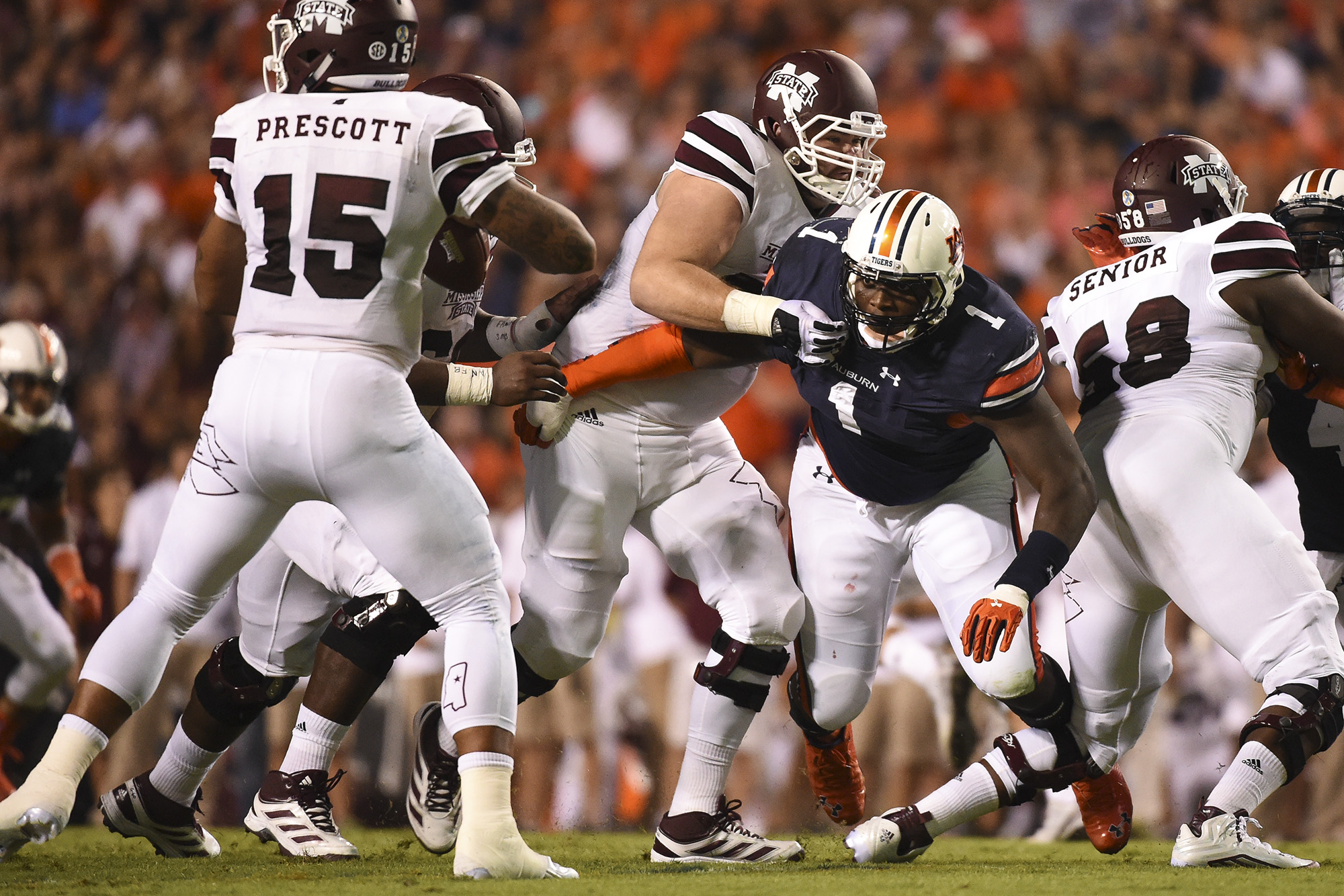 When it comes down to it, this game was as promising as it could’ve been given a new quarterback, new starters on defense, and coming off a huge loss. But it was also equally painful because the Auburn offense pretty much left 17-21 points on the field.

It was just frustrating, man, because despite how good Mississippi State is right now, and they aren’t a bad team, you felt like Auburn should’ve won.

After what you’ve seen the last few weeks, it should give you a decently good feeling, but because it didn’t end with a win, it’s just as gut-wrenching.

I’ve basically written the same thing in each of the last three sentences because I can’t pinpoint the feeling. It’s just weird. It was good. It was bad. It was painful, yet promising.

It was growing pains. I get tired of seeing all the negative talk from Finebaum and the like. It wasn’t the coaches or players that overhyped Auburn. It was the media, and now the same media want to point fingers at Auburn for not living up to their expectations. They try to hide the fact that they were wrong and really had no clue about Auburn’s team. We are very much in a growing year and getting better. Eventually, a team that moves the ball like we did Saturday will find the end zone. A defense that plays hard will get turnovers. We have the talent and the coaching, but so many are new starters we need time. I hope they don’t start talking of firing Gus after this season, because it would be a stupid move.

No one should have felt like Auburn should have won, they scored fewer points than MSU for the third time in 4 years.

I couldn’t disagree with you more Ken. Look at other top programs in the SEC, as bad as I hate to say it, Bama, LSU, even UGA. They constantly “reload”. We however are like a roller coaster. One amazing season followed by an average season, then the bottom falls out. Which will be what happens this year. Now I admit the defensive side of things was overhyped. I wasn’t even cautiously optimistic about the defense climbing to even the middle of the pack in SEC stats. That is way to much to ask of a first year coordinator, even if it is Will. But the offensive side of the ball should have never been an issue, the hype was deserved. Ken you can’t tell me that not once last season that you did not say put Jeremy Johnson in, give him a chance. Why? Well because we all saw him throw the ball and yes he threw it better than Nick Marshall. Nick is an amazing athlete and no one at Auburn knew how badly he would be missed. Bottom line the offense was supposed to be good so stop making excuses and calling it matter of inexperience, because that isn’t the case at all. This is a lot of those players third year in the system. Bottom line is the overall team confidence was shattered early on and they have been unable to recover. The ONLY players currently on offense who have the lack of collegiate experience are White and Johnson. The “growing pains” excuse is weak! We have too much talent and EXPERIENCE to look that bad on offense. I however agree that if anyone is driving the fire Gus bus they should immediately get off!

And Ken go back to comments at media day and different interviews that included the coaching staff. They may have not been driving the hype bus but they were definitely on board for their free ride. Which unfortunately wasn’t as long of a ride this season as it was last season.