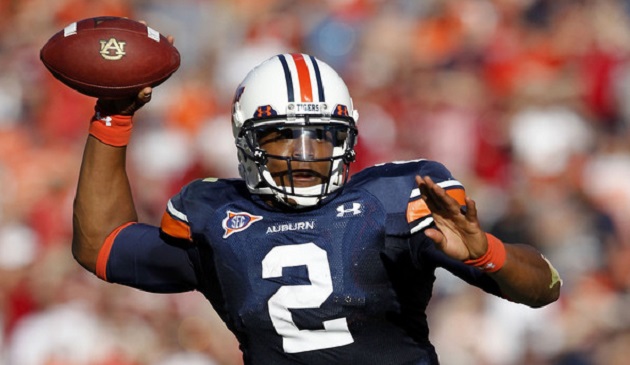 The first few weeks of the season are not always great for football watching, but are great for padding a predictions record. The few games that I stepped out on last week ended up biting me, but you can’t make money if you don’t spend money… or something.

This week gets a little better with a few SEC matchups, but once you see what they are, you won’t be too excited. But hey, at least it’s not us pretending to care about South Carolina-North Carolina.

Jacksonville State at Auburn – Check back tomorrow for my game preview, but SPOILER ALERT: all wrongs righted against inferior foe.

Fresno State at Ole Miss – Fresno State used to be half decent. I, of course, am not referring to 1996 when Auburn beat them 62-0 after Lee Corso called for the upset. I don’t have the scouting report on them this year, though. Ole Miss absolutely blasted UT-Martin last week, but what does that tell you? Doesn’t matter. Rebs win.

Georgia at Vanderbilt – This is the CBS game. What does that tell you about this week’s slate? Vanderbilt is terrible.

Toledo at Arkansas – The Razorbacks and the Rockets meet in Little Rock. Wait… Rockets… Little Rock. Will the Rock be there? Where am I going with this? Nowhere. This game will be closer than Bert wants it to be.

East Carolina at Florida – Pat Dye’s old team rolls into Gainesville to try their best and knock off McElwain’s Gators. Does anybody else get uncomfortable anytime you see that guy? I don’t know what it is, but I do. Maybe it’s the constant “spent the day at the lake” look he always employs.

Missouri at Arkansas State – Last week, Mississippi State traveled to Southern Miss, but this is deplorable. Missouri already plays every team under the sun before getting into SEC play every year, but going TO Arkansas State?! I hope Trooper Taylor beats you senseless with his towel.

Ball State at Texas A&M – The Aggies will take the new Kyle Field much like Auburn will take the field in front of their new video board: against a team they should beat badly. They will.

Kentucky at South Carolina – Both of the these teams won last week, but neither one should be very proud. They were both awful games. South Carolina did beat North Carolina, but Kentucky had to come back to beat Louisiana-Lafayette. Cocks win.

LSU at Mississippi State – Hey, it’s the first “big” SEC game of the season. LSU didn’t get to play last week. Mississippi State didn’t look totally awesome against Southern Miss. I’m assuming that LSU is better. They don’t have the best quarterback, but they have the much better running backs. They’ll win in Starkville.

I’ll go with the home team because it’s better for Auburn for Michigan State to win because they are already ranked ahead of them. If Oregon wins, they’ll jump Auburn, but then Michigan State would drop down below Auburn. Flawed logic, Blogle, but Sparty wins.

I have no idea what you’re talking about….