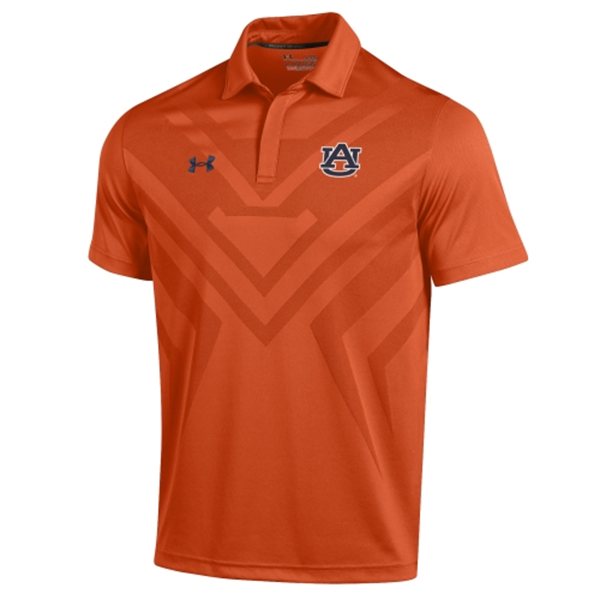 Under Armour’s Auburn-centric sideline polos have been a little plain over the last few years. Other than the button-down Gene Chizik special of 2012, they’ve mostly been an orange polo with a blue logo, or a blue polo with an orange logo. There may have been a tiny “War Eagle” across the sleeve or black, or maybe a football uniform sleeve stripe subtly-placed, but that’s it.

This year, that’s apparently out the window. It’s an orange polo with a blue logo, but then there’s some sort of angular design pointing at the wearer’s bellybutton. I love it.

Then the back as a huge WAR EAGLE going down the spine, with a subtle striping (tiger stripes) taking up most of the back. 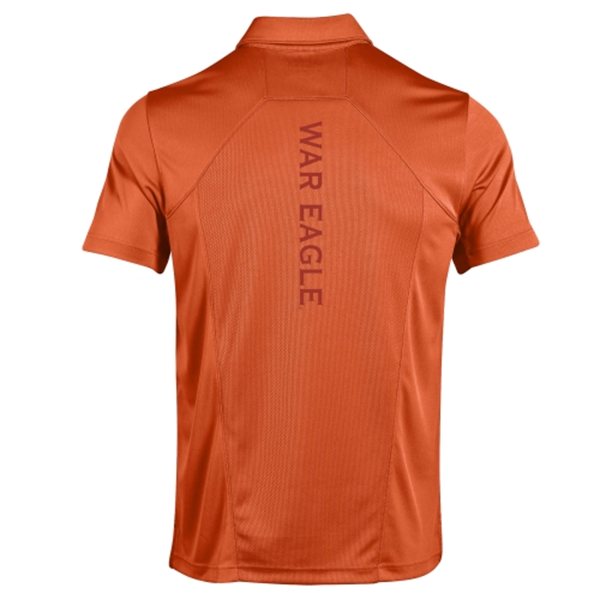 I’ve only bought tw0 sideline polos in the history of Auburn’s contract with Under Armour. In one of those years, Auburn won five games. In the other, they won three games. The best years have usually been “nice t-shirt” years for me, but I may have to try my luck one more time. Again, I love it.

Update: As friend of the ‘Blogle @JamesJones_55 points out, this could be a subtle Decepticon (Transformers) logo here. What does it all mean?

Note: Let’s remember that “sideline polos” are never seen on the sideline. The coaching and support staff get their own shirts. These are sold to the common folk.

They did build a “Megatron” this year…