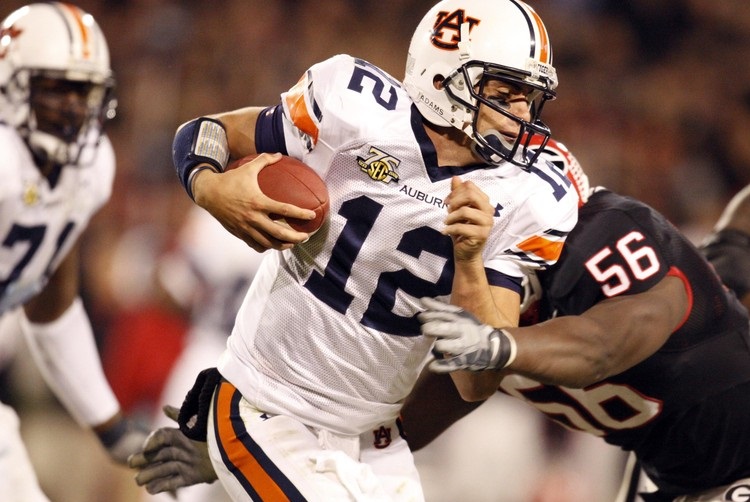 Things went badly last week. I picked a lot of upsets and a blowout that didn’t happen, and it just got worse from there. Oh well, this week is full of easy picks like #1 vs. #3 and two other rivalry games. Yeah, really easy.

South Carolina at Florida – Spurrier returns to his old stomping grounds following a bye week that followed an embarrassing OT loss to Tennessee. Florida is riding high after blowing out Georgia at Vandy. Is this a must win for Will Muschamp? Probably. And he’ll win it.

Mississippi State at Alabama – It’s the end of days. This game matters on a conference scale and a national scale. I can’t think of anything worse. A Mississippi State win puts them in the SEC Championship. An Alabama win likely jumps them up to #2 or #3 and the love-fest that has been absent since their loss to Ole Miss will be back. It’s going to happen.

Mississippi State beat LSU at their lowest, Auburn on the 2nd weirdest game of their season, then was ranked #1, and then limped through two more SEC wins over Kentucky and Arkansas. It’s a sham. Alabama is going to steamroll them and we’re going to hear about it for two straight weeks.

Kentucky at Tennessee – The first half of Tennessee’s annual season-ending rivalry gauntlet begins this week. Get ready, football fans! Kentucky was blown out by Georgia last week, but still scored 31 points. I think they’ll hang around with Tennessee (I say that like Tennessee is some juggernaut), and it will be a close game for a while, but the Vols will win.

Missouri at Texas A&M – Kenny Hill’s suspension was for two games and that ended last week. You think he’s going to take the starting position over Kyle Allen, the quarterback who just led a team that, assisted with voodoo, beat Auburn? Nope. They have enough mojo to last them the rest of the season. They’ll win out and might make last week not look so bad.

LSU at Arkansas – I remember watching this game in the early to mid 2000’s. It was usually the Friday after Thanksgiving, and Auburn usually needed Arkansas to win to knock LSU out of contention for the West. It rarely happened.

Arkansas is the most due team in the history of the SEC. They aren’t terrible, but they can’t win in the conference. They just can’t. Or can they? They will this week.

Auburn at Georgia – Check later today for my game preview, but SPOILER ALERT: what starts as a shootout, will turn a blowout.

Clemson at Georgia Tech – Clemson almost lost to Wake Forest last week. Georgia Tech has that option game going. It will be enough to send Dabo to a watery grave.

Florida State at Miami – Ok, let’s everybody cheer for the team playing against Florida State this week. Oh, it’s Miami? That sounds like a big game. And wait, they’re actually favored? Sign me up for the Hurricane bandwagon. And like every game since Jameis Winston has started, the devil will show himself and give the Seminoles the win.

Auburn has no idea what they are going to be walking into Saturday night.

Yeah, cause auburn has never played a big game this year in a hostile environment. How many ranked teams has uga had on that schedule? Don’t get all jacked up because you guys beat…..Kentucky. Wow, what a win!

I have a theory that War Blogle and David are the same person. If not, David is tossing him some War Blogle salad for sure.

Hey joe, I’m not warblogle, I just read his stuff and when I see a tool like you posting moronic stuff about having “can erections” (wtf?), I like to tell them they’re morons. So, moron, what compels you to sit on a blog of an opposing team and say such stupid stuff? Or was this not your post on another story?

“[robot voice] HEY UH, I AM PROGRAMMED IN BINARY CODE TO ONLY RECOGNIZE AUBURN AS A MORAL BEACON. I HAVE A CAM ERECTION AT THIS MOMENT. EXCUSE ME WHILE I…”

Checking the name….yeah, it says “joe” so I’m assuming you’re the same dumbass. At least be funny if you’re gonna do such stuff. This is just stupid. I’ll await your next “zinger” of a dopey post.