As we already know, the statues commemorating Auburn’s three Heisman winners will be unveiled next Saturday morning, prior to the A-Day game. But wouldn’t you know it, the bust of John Heisman (isn’t that just funny to say?) is already being put in place. 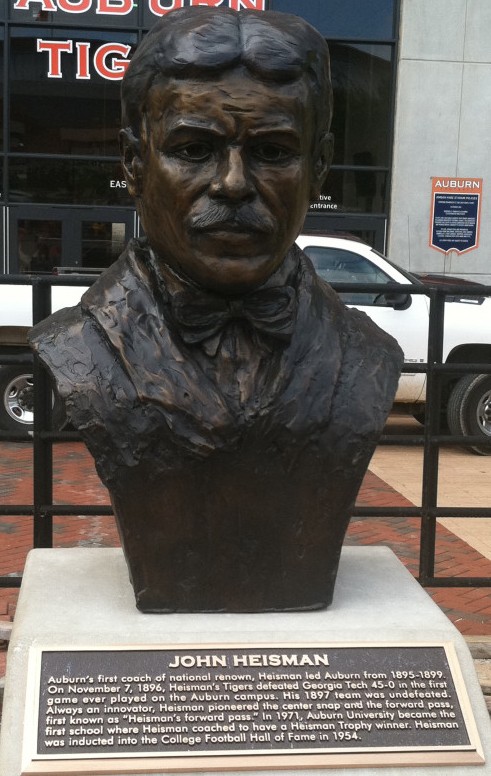 Obviously, the other statues will be put up in the next few days, but will no doubt be covered, guarded, and protected by some of Auburn’s finest until their unveiling. If they look as detailed as Heisman’s bust, I think we’re all in for a treat.

Snowy Jordan-Hare and the “White” Space

Crap- we got the bust that was supposed to go to Teddy Roosevelt’s childhood home.