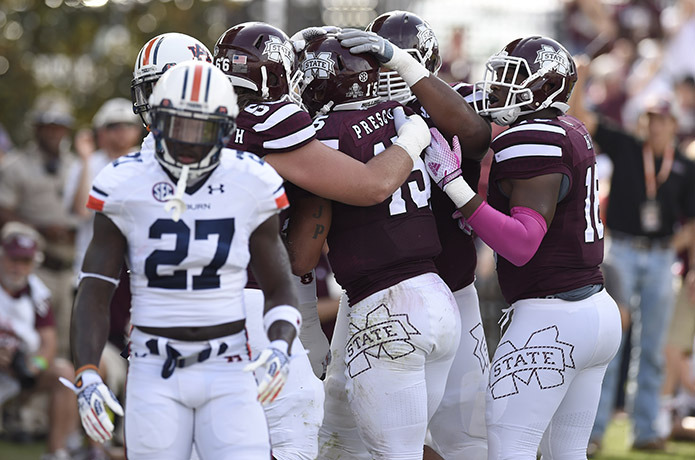 Ok, I’ll do this. For the only the 2nd time in 20 games with Malzahn at the helm, I’ll review a loss. I didn’t write one for the BCS Championship Game because I didn’t want to and you can’t make me.

Oh, and I’m not watching anymore of the game that I haven’t already seen in those mashups of the terrible calls, so this is all from the hip, but after 4 extra days to go back and forth to find my true thoughts on the game, I think I’ve found them.

There was nothing that was going to let Mississippi State lose that game. They had everything in their favor: the hype, College Gameday in town, the home field advantage, the ignored artificial noise rules, the ref… ok, more on those later. But yeah, it was as if the football gods were just going to make it happen.

Mississippi State didn’t play that great when you look at the game as a whole. They had two scoring drives. Two real football scoring drives. That’s it. Everything else was scored from the 35-yard-line in. That’s not all their fault, it’s mostly Auburn’s, but 21 of their 38 points were off of a short drive due to Auburn doing something uncharacteristic.

Those uncharacteristic things, which in some cases don’t seem all that uncharacteristic (tipped passes at the line), put Auburn in a huge hole. Even so, once it all settled down, Auburn looked poised to dig out of that hole and take over the game. Outside of the 1st quarter, and no I’m not claiming a 3-quarter victory, the score was 23-17 Auburn. That means nothing, but it means that a huge hole was set in the 1st quarter by Auburn’s miscues that were too much, especially with the aforementioned voodoo in the air.

Speaking of voodoo, or all out human influence, once Mississippi State had what seemed to be an insurmountable lead of 21 points, it was only natural to think that the damage was done and the game was won. The rest of the game was a formality and it was just going to be one big happy Mississippi State party for the rest of the game. This was apparent by the fact that every single time Auburn showed any chance of getting back in the game, and let’s not forget it was an 8 point game for a good portion of the 2nd half, that something crazy would happen in between a certain referee’s ears.

It was like when he saw the guys in white shirts move the ball towards the big white line at the end of the field, or stop the guys in the maroon from getting to that big white line, then some sort of brainwashing effects would happen. I’m not calling cheating. I’m not calling this a payoff. I’m calling this human nature. Letting Auburn come back in that game would’ve killed the party. It would’ve killed the story.

I’ve said many times on many forums that Alabama, like Kentucky and Duke basketball for many, gets more calls than other teams due to a subconscious thing that lives in referees’ heads. It’s just natural to think of those “king teams” in a higher light and think that they wouldn’t break a rule. It’s a real thing,

Now I’m not saying Mississippi State is anything close to those teams in any way (or ever will be), but for those few hours in Starkville, they were being seen as one. Referees are human. They are affected by the situation, and in that situation they took away at least 3 points, but possibly 7 points away from Auburn by calling an inexplicable pass interference on Sammie Coates very early in the 2nd half. That would have made it a one score game and given all the momentum to Auburn. 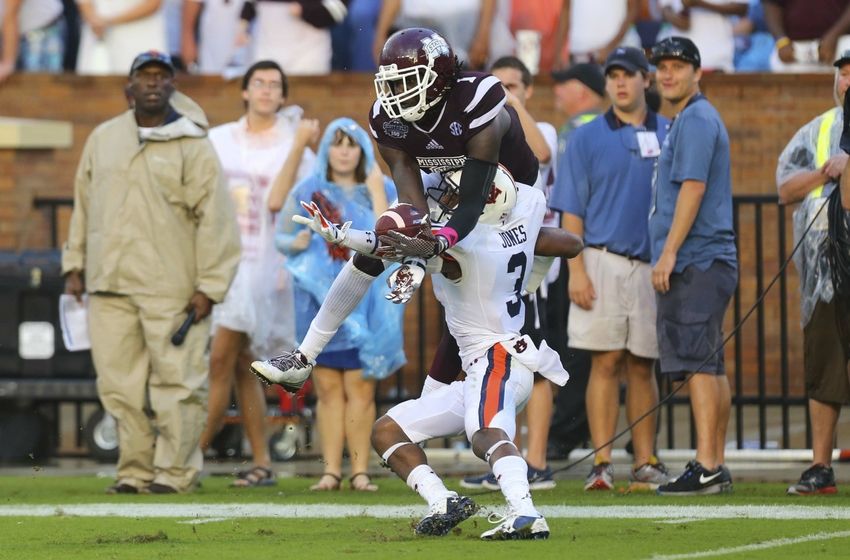 Also in the situation, the same referee basically gave 7 points to Mississippi State by calling pass interference on Jonathan Jones while he was being mauled from behind by a Bulldog receiver. Go look at the two plays and tell me if they are the same thing. One was a love tap and one was landing on a guy. The opposite was called on each.

Now, I know that Mississippi State is untouchable right now, but I’m tired of this thing in sports where you’re just supposed to take your loss and shutup and go home, and it makes you a coward if you say that a referee’s multiple bad decisions caused a different outcome of a game, but that’s stupid. Mississippi State is on top of the world right now, but they didn’t get there without a little help. Any rational fan, and I’ve talked to a few, would admit that.

And no, I’m not going to act like Auburn played a great game and had everything taken away from them. They were inside the 10 yard line multiple times in the 1st half due to some miscues from Mississippi State, and only mustered 2 of 3 field goal attempts. That wasn’t good. If Auburn scores touchdowns on all of those drives, as they have all season, the game is tied at halftime, and we’re not talking about any of this because Auburn would have won by 3 touchdowns.

I fully believe that. Auburn is better than Mississippi State as a whole. Dak Prescott is fine, but he wasn’t great. He threw two bad picks, and again, 21 of their 38 points were on a short field. 7 more of those points came on the aforementioned 4th down pass interference call that came from the depths of Hell.

It was just too much too early, it wasn’t supposed to happen, and it wasn’t Auburn’s day. But if we learned anything from last year, it may be exactly what Auburn needed.

Highlights of Auburn’s 22-21 Loss to LSU

Yes, I also get really, really sick of the whole “you can’t blame the refs” thing. Really? Are you saying there has never been a game, never could be, or even theoretically be, a game in which the refs make the difference? That’s BS and we all know it. In a close game the refs can easily make the difference. That game has multiple bad calls, all of which impacted the game in a big way, and all of which went MIssissippi State’s way. That’s not chance.

And yes, it just seemed destined that Mississippi State win that game.

Iron Bowl 2013. Bama gets a false start called after Cade Foster hits a FG that pretty much wins bama the game. One of the worst calls I’ve ever seen. So Auburn’s been on the other side of bad calls too, believe it or not. If AU is truly the better team, that will be proven as the season goes on. Until then, stop complaining and bashing MSU’s win.

Philip, Never mind that tackle flinched when the line was set, which by definition is a false start.

You’re right. Will you send me a link to that post?

Humanity indeed. Wilson made the conscious effort to put himself in Lex Luger’s Torture Rack and ended up collapsing both he and Jones. I don’t think that flag gets thrown (or at the least offset) if that same ref hadn’t been on the Auburn sideline hearing how he needed to do his job (not do his job “right”, but just to do his damn job period) for the entire 3rd quarter after the Coates call.

WAR DAMN EAGLE missippi state suckks so much and ur right it was all the refs fault. its like they weren’t eaven watching the game and auburns a lot better than wit that game showed. can’t wait for auburn to beat the crap out of bam a and then the nation will see that were better and should never be ranked less than number one WAR EAGLE WAR DAMN EAGLE

A firestorm had been smoldering this past weekendbeginning oon the 5th of November 2011 in Pennsylvania.
Then there was the age of the video footage (Full Motion Video or FMV)
games like Phantasmagoria. Why is friendship
suddenly based on who a person chooses to love, rather than thee good qualities
seen inn that friend at the time the friendship was formed.

Parents neeed to accept responsibility for the safety of their children by
being vigilant and aware that every socual situation has the potential to harm a child,
including a happy marriage. Luisa Fortuna,
onee of your contacts in the game, is involved witth him.