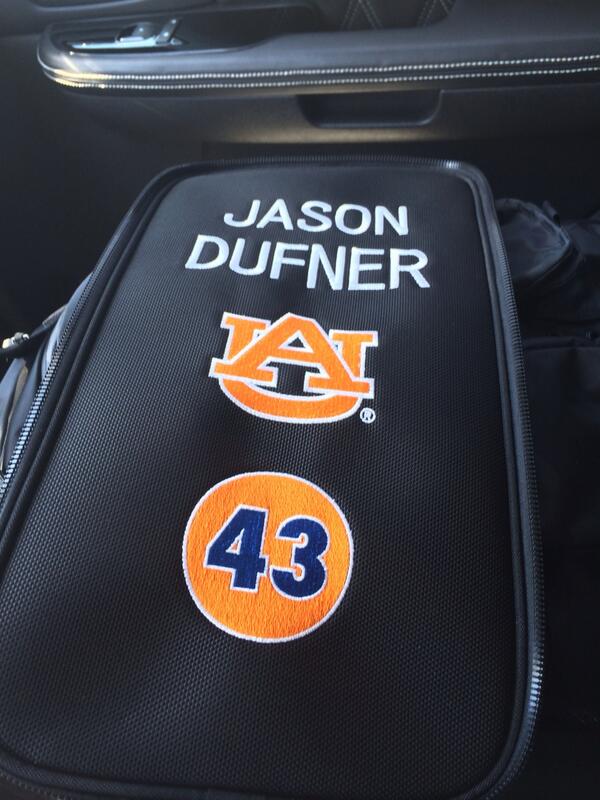 Jason Dufner and Philip Lutzenkirchen were friends. Good friends. Their friendship was such that Dufner is now honoring the passing of Lutzie on his official PGA golf bag. That’s Auburn.

Dufner tweeted this picture today as he prepares to fly to the UK for the British Open next week. It’s a nice touch, spreading Auburn and the memory of Lutzie across the pond.

New bag patch showed up, just in time for my departure to the UK.. pic.twitter.com/Tp6Ts25Rqa

Highlights of Auburn’s 52-0 Win Over Samford

A ‘War Eagle’ from Capitol Hill at Sessions Hearing