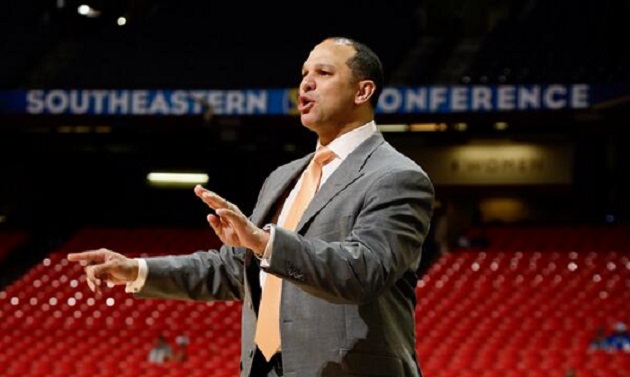 Around an hour after the Auburn men’s basketball team ended their season with another SEC Tournament opening round loss, Jay Jacobs relieved Tony Barbee of his duties as head basketball coach. Below is the email he sent to Tigers Unlimited members.

Tonight I made the decision not to retain Coach Tony Barbee as our Head Men’s Basketball Coach.

As I said a year ago, I expected to see significant improvement in our basketball program this season. Unfortunately, the results fell short of my expectations. I decided to make a change for one reason. I expect more.

Based on significant investments we have made in recent years, I believe our basketball program can be competitive. It has been in the past, and it will be in the future.

The basketball program is an important part of Auburn Athletics and that’s why I am determined to lead basketball to a turnaround. In the past few years, we have invested $87 million for the completion of the Auburn Arena and increased our overall financial support for the program.

Our attention now turns to the search for a new coach, which I will be leading. Our student-athletes played their hearts out all season, and I intend to hire a coach who will make a turnaround happen. My top priority is finding a coach who will help them succeed in the classroom and on the court. I will find a coach who will represent Auburn University well on campus and in the community.

Changing coaches is never easy because it impacts the lives of many families. I do not take it lightly. I am grateful for the hard work Coach Barbee and his entire staff put in over the past four years, and I wish each of them and their families the very best.

I believe our best days are ahead of us. That is true for all of our sports, and it is true for our basketball program.

I look forward to introducing a new coach once our search is complete. Thank you for your patience and support.

Now we turn to the coaching search, which so far is nothing but “I heard this guy is interested…” at this point. The two biggest names thrown around, though, are Bruce Pearl and Rick Stansbury. Bruce Pearl is still under NCAA show-cause punishment, and without and appeal wouldn’t be able to talk to a recruit until this August. Rick Stansbury has been out of coaching for two years and was not my favorite coach in the world while at Mississippi State.

Other names out there are guys just tearing up Conference USA. Been there. No need.

I suspect someone will be hired after the NCAA tournament if we’re going after a guy who’s currently coaching a successful team. There are others, like Pearl and Stansbury, that have been successful and are obviously not coaching. They could be named anytime.

Whoever it is, I have one rule. If myself or even a casual basketball fan has to Google the candidate’s name, the answer is no. We’ll see…

Highlights of Auburn’s 84-64 Win over Alabama

The answer is simple, Phil Jackson

Brad Stevens. He did a fantastic job at Butler (made it to the Championship game two years in a row) at the then-mid-major school. Just have to lure him away from the Celtics.