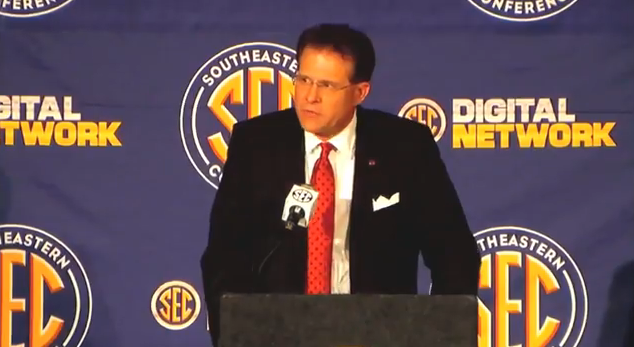 You may know DJ Steve Porter’s work. He takes lines from sporting events and remixes them into song and an accompanying music video. ESPN has regularly featured them for a while now.

The July 2013 remix named “Build ‘Em Up, Smack ‘Em Down” was released today, and right at the 30-second mark, our fearless leader is front and center from SEC Media Days going all “I thought it was a joke.” This, of course. was in response to a question about Saban and Bielema’s hurry-up/injury argument. Have a listen. It’s my new favorite song.

Thanks to @therealbenmay for the heads up.

You know if he could remix some Auburn quotes and plays ~ it would be a pretty cool intro video!!