PGA Tour event winner – and all around Auburn man – Jason Dufner was married last night. He was married to an Alabama graduate, which I thought was an oxymoron, so that means one thing: one more Alabama fan has taken the first step on the road to recovery.

For whatever reason, I was not invited, but today a few pictures have been tweeted my way by a few of the lucky ones that got to attend the event.

First, we have the groom’s cake (via @jjustjoshin), which includes Aubie riding a golf cart on Auburn’s football field on top of a plateau that’s creating some pretty tough golf shots. 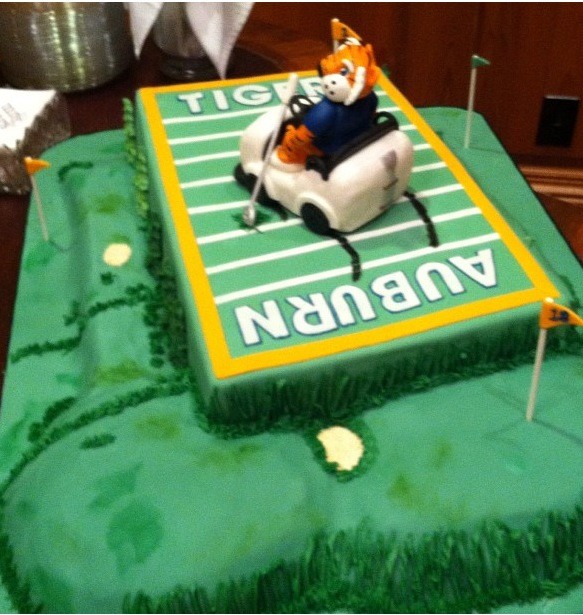 Next, anybody who was invited (did I mention that I wasn’t?) was given a golf ball printed with the bride and groom’s names, as well as a coozie with the same (via @DanielMcFadden). I’ll give anybody who got these at least a dollar or two for either of these. Get at me. 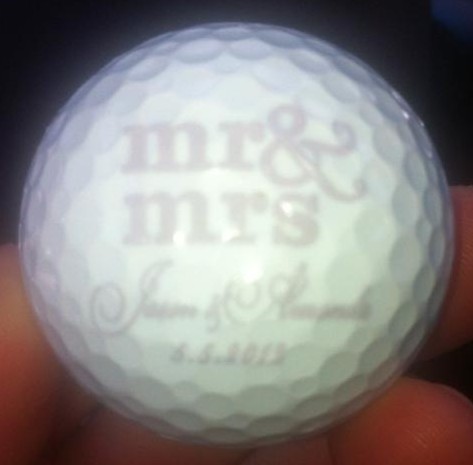 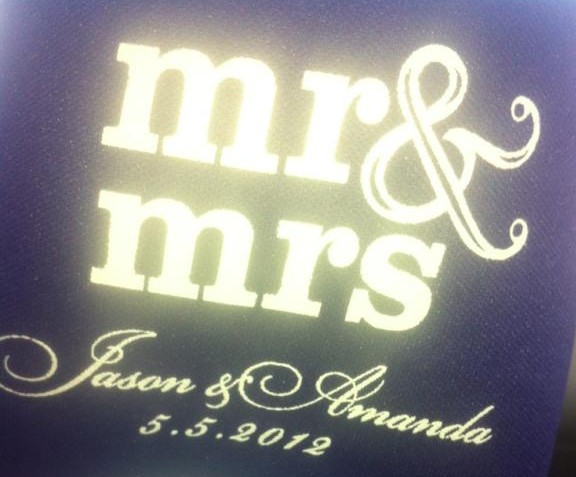 Update: Jason’s wedding photographer just sent me the first official wedding photo of the newlywed couple. Seriously, Duf is the most chill bro you will ever see. And apparently winning a PGA Tour event elicits the same level of happiness as getting married since his face and smile are the exact same while experiencing both. 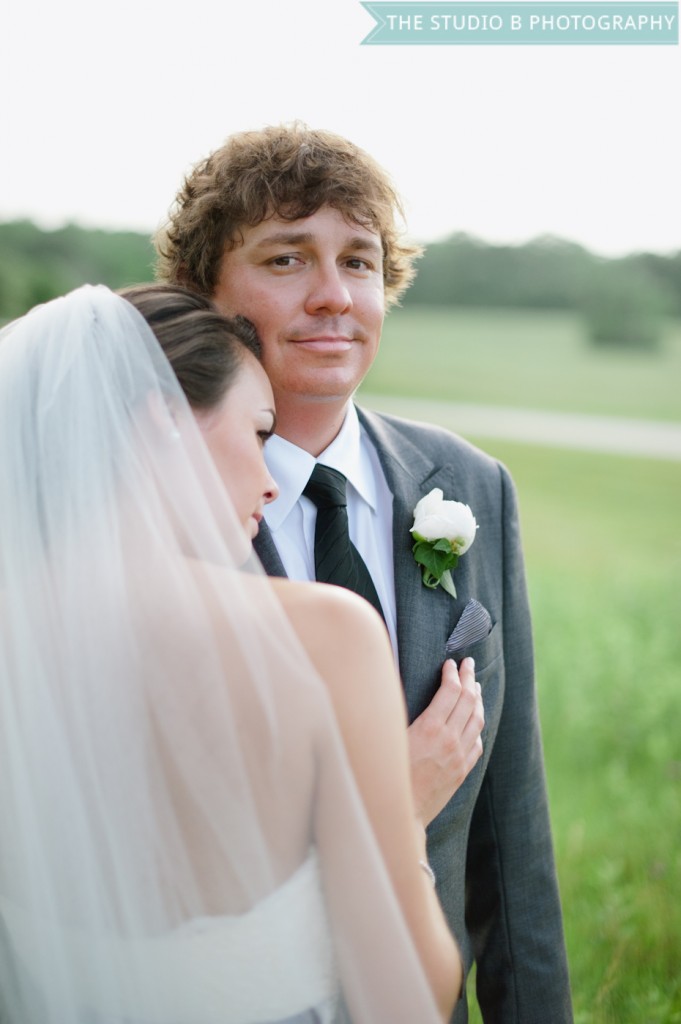 Interesting Tidbits on the NFL Draft, Basketball at the Governor’s Mansion, and a Baseball Turnaround

Why worry? He can do what he wants when he owns the course.