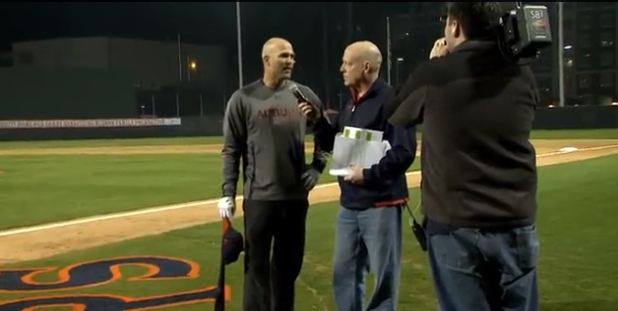 Lost in all of the hoopla around the 2013 Iron Bowl, Tim Hudson and friends held at celebrity homerun derby last Friday night. Aside from many former Tigers hitting homeruns, Jason Dufner and Hudson also squared off in a closest to the pin challenge.

The best part of the night, though, was watching that Bammer Craig Kimbrel put on an Auburn sweatshirt. Dumb Bam. Go Braves, though. More than I can say about you, Tim. Boo Giants. Boo.