As some of you may know, space shuttle Endeavor blasted off on its 25th and final mission this morning (video/story). That’s cool and all, but what does that have to do with Auburn? Besides the fact that Auburn has a pretty strong history with NASA and other space-type things, I saw no connection. That was until WarBlogle.com reader, Stephen W., came across this tasty gem while looking through a photo history of the famed space shuttle. 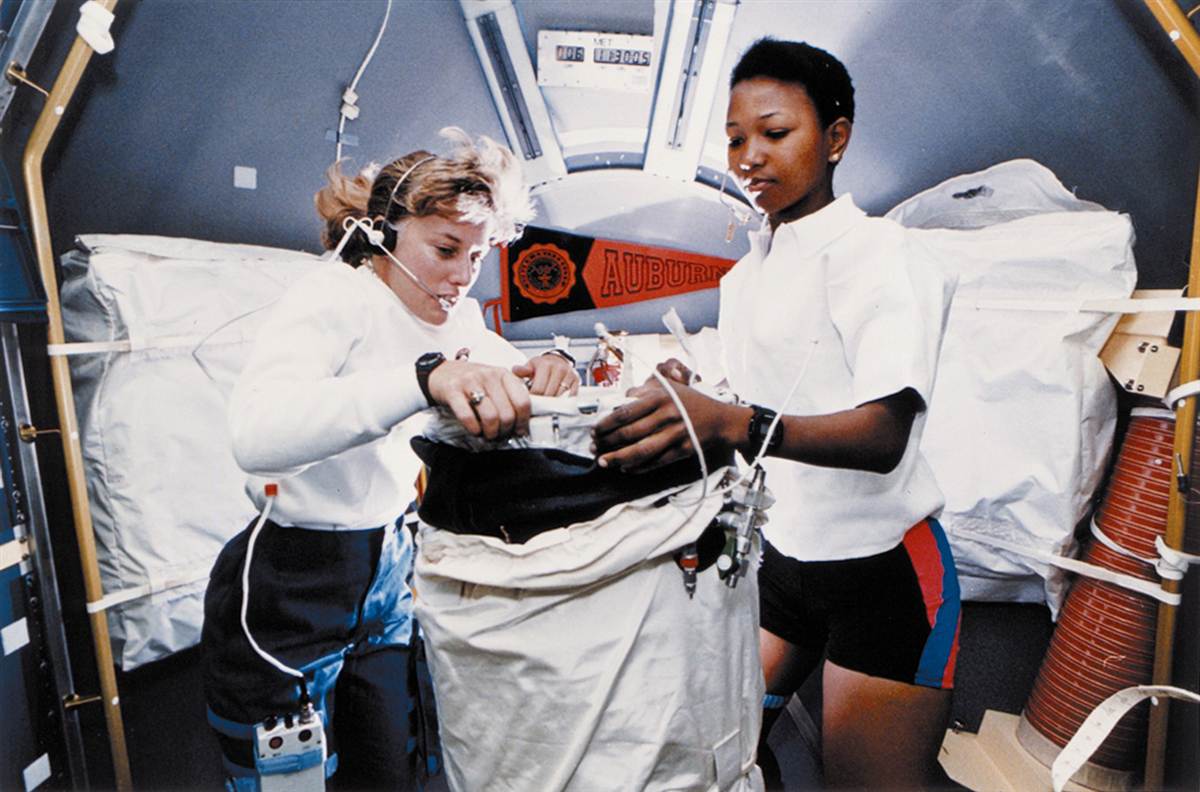 Here’s the caption from MSNBC.com:

Endeavour astronauts Jan Davis, left, and Mae Jemison prepare to deploy the lower body negative pressure apparatus on Sept. 15, 1992. Scientific research was the main focus of this Spacelab-J mission, also known as STS-47. The mission’s crew included the first African-American woman to fly in space (Mae Jemison) and the only husband-and-wife team to go into space together (Jan Davis and Mark Lee). (NASA)

Jan Davis graduated from Auburn in 1977 with a degree in Mechanical Engineering. She attended UAH and Georgia Tech as well, but it’s obvious where her heart lies. On a side note, I do not know if she is still married to her husband, who according to the caption was on the space flight as well, but I assume they are still together because if your marriage can survive inside a small box of metal flying through space, it can survive anything.

Thanks to Stephen W. for the investigation and the tip.

Stephen Davis Junior Will Start at Auburn on July 31st